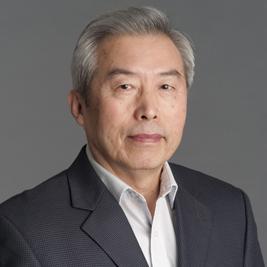 Our research is focused on the structural biology of RNA biogenesis, with an emphasis on RNA-processing proteins and RNA polymerase-associated transcription factors, and structure-based development of therapeutic agents. The goal of structural analysis is to map the reaction trajectory or functional cycle of selected biological macromolecules, and that of drug discovery is to design, synthesize, and characterize novel anticancer and antimicrobial agents. To date, we have characterized the reaction trajectory and/or functional cycle of HPPK (a folate pathway enzyme essential for microorganisms but absent in mammals), Era (an essential GTPase that couples cell growth with cell division), RapA (a Swi2/Snf2 protein that recycles RNA polymerase), and RNase III (ribonuclease III). Please see our Gallery for the structural view of these biological macromolecules and their reaction trajectory or functional cycle. Our contributions in RNase III research are summarized below, followed by examples of structure-based design of anticancer and antimicrobial agents.

Structural view of RNA processing by RNase III enzymes. RNase III represents a family of double-stranded RNA (dsRNA)-specific endoribonucleases, exemplified by prokaryotic RNase III and eukaryotic Rnt1p, Drosha, and Dicer. They play important roles in RNA processing and maturation, post-transcriptional gene silencing, and defense against viral infection. For mechanistic studies, bacterial enzyme is a valuable model system for the entire family. We have shown how the dimerization of the RNase III endonuclease domain (RIIID) creates a catalytic valley where two cleavage sites are located, how the catalytic valley accommodates a dsRNA in a manner such that each of the two RNA strands is aligned with one of the two cleavage sites, how the hydrolysis of each strand involves both RIIIDs, and how RNase III uses the two cleavage sites to create the 2-nucleotide (2-nt) 3' overhangs in its products. We have also shown how magnesium is essential for the formation of a catalytically competent protein-RNA complex, how the use of two magnesium ions can drive the hydrolysis of each phosphodiester bond, and how conformational changes in both the substrate and the protein are critical elements for assembling the catalytic complex. Moreover, we have provided a stepwise mechanism for the enzyme to execute the phosphoryl transfer reaction. As informative as the bacterial enzyme for the mechanism of RNase III action, yeast Rnt1p is a valuable model system for eukaryotic RNase III enzymes. Unlike bacterial enzymes that use four catalytic side chains, eukaryotic RNase IIIs use six. It is also distinguished from bacterial enzymes that every eukaryotic RNase III has an N-terminal extension. What is more, Rnt1p exhibits a strict guanine nucleotide specificity, which is unique among RNase III enzymes. We have shown how the substrate-binding mode of Rnt1p is distinct from that of bacterial RNase III, how all six catalytic side chains are engaged in the cleavage site, how a new RNA-binding motif of Rnt1p functions as a guanine-specific clamp, and how the dsRNA-binding domain and N-terminal domain of Rnt1p function as two rulers measuring the distances between the guanine nucleotide to the two cleavage sites. This unusual mechanism of substrate selectivity represents an example of the evolution of substrate selectivity and provides a framework for understanding the mechanism of action of other eukaryotic RNase III enzymes, including Drosha and Dicer. For further details, please see our review articles (PMID: 24274754; PMID: 30548404).

Bacterial RNase III and human Dicer regulate gene expression by processing dsRNAs under certain conditions. It was previously shown that Escherichia coli (Ec) RNase III recognizes dsRNA with little sequence specificity and the cleavage products are mainly 11 nucleotides long. It was also shown that the mutation of a glutamate (EcE38) to an alanine promotes generation of siRNA-like products typically 22 nucleotides long. To fully characterize substrate specificity and product size of RNase IIIs, we performed in vitro cleavage of dsRNAs by Ec and Aquifex aeolicus (Aa) enzymes and delineated their products by next generation sequencing. Surprisingly, we found that both enzymes cleave dsRNA at preferred sites, among which a guanine nucleotide was enriched at a specific position (+3G). Based on sequence and structure analyses, we conclude that RNase IIIs recognize +3G via a conserved glutamine (EcQ165/AaQ161) side chain. Abolishing this interaction by mutating the glutamine to an alanine eliminates the observed +3G preference. Furthermore, we identified a second glutamate (EcE65/AaE64), which, when mutated to alanine, also enhances the production of siRNA-like products. Based on these findings, we created a research tool and named it bacterial Dicer that is ideally suited for producing heterogeneous siRNA cocktails to be used in gene silencing studies (PMID: 30916338).

Structure-based Development of Anticancer and Antimicrobial Agents. We carry out structure-based drug development primarily as a continuation of our basic research on the structure and mechanism of biomolecular systems with anticancer and antimicrobial significance. Previously, we designed PABA/NO, an enzymatically activated anticancer prodrug that kills cancer cells from within by releasing nitric oxide. We also made significant progress toward novel antibacterial agents targeting HPPK by the design and synthesis of linked purine pterin inhibitors and the determination of their crystal structures in complex with the enzyme. Recently, we have further developed both the PABA/NO and HPPK inhibitors. The PABA/NO derivative contains a PARP inhibitor and so it not only generates nitric oxide but also release a PARP inhibitor simultaneously in the same compartment, which damage DNA and inhibit its repair (PMID: 24521039; US Patent Number: 9168266). The improved HPPK inhibitors mimic closely the transition state of the catalytic complex and thereby have much higher potency (PMID: 33199204; US Patent Number: 11091509).

Dr. Ji earned his Ph.D. degree at the University of Oklahoma (1985-1990) and performed his postdoctoral research at the University of Maryland (1991-1994), where he became a Research Assistant Professor (1994-1995) before joining the National Cancer Institute (NCI), National Institutes of Health (NIH). At the NCI-Frederick, Dr. Ji established his laboratory in the ABL-Basic Research Program in 1995, moved to the Center for Cancer Research in 1999, and gained tenure as an NIH Senior Investigator in 2001. He has been a member of the American Crystallographic Association since 1986. Dr. Ji created the Newsletter of NIH X-ray Diffraction Special Interest Group in 2001, and he has since served as the Editor. He has also been serving on the Steering Committee of the NCI RNA Biology Initiative since 2018.