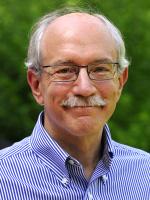 All mammalian genomes are comprised of a large assortment of different classes repetitive elements (RE's) that include LINE's, intracisternal A particles (IAP's), VL30 elements, endogenous retroviral elements (ERV's), SINE's, transposons, and various other types of repetitive elements. These RE's are distributed across the entire genome and are highly abundant; in fact, it has been estimated that RE's comprise over 50% of a typical mammalian genome. Many of these elements have powerful regulatory elements and exhibit complex patterns of transcriptional expression throughout mammalian development.

Given our early work on the Avy allele and the fact that there are nearly 5 million RE's integrated across the mammalian genome, we are in the process of examining how many other genes have patterns of expression that can be influenced by adjacent RE's. Our specific interest is to better understand how changes in the epigenetic marks over RE's can influence non-RE gene expression, and how these changes in gene expression can ultimately influence phenotypes associated with environmental exposures.

Finally, while there is only limited data on the regulation and biological function of RE's, it is clear that their expression respond to changes in diet, oxygen levels, DNA damaging agents and other environmental toxicants, pointing to their modulation by environmental cues. As these factors also modulate mitochondrial metabolism, these findings raise the intriguing possibility that mitochondrial function can regulate the nuclear epigenome, including the expression of REs. Therefore, we are undertaking a series of experiments to understand the role of mitochondria on the regulation and biological impact of RE expression.

Dr. Richard Woychik is Director of the National Institute of Environmental Health Sciences and the National Toxicology Program as well as PI for the Mammalian Genome Research Group in the Division for Intramural Research at NIEHS. He is a molecular geneticist with a Ph.D. in molecular biology from Case Western Reserve University and postdoctoral training with Dr. Philip Leder at Harvard Medical School. He spent almost 10 years at Oak Ridge National Laboratory rising in the ranks to become head of the Mammalian Genetics Section and then director of the Office of Functional Genomics. In August 1997, he assumed the role of vice chairman for research and professor in the Department of Pediatrics at Case Western Reserve University. In 1998, he moved to the San Francisco Bay area, first as the head of the Parke-Davis Laboratory for Molecular Genetics and then as chief scientific officer at Lynx Therapeutics. He returned to academics as the president and CEO of The Jackson Laboratory in August 2002 and served in that role until January 2011. He began his current position in February 2011.