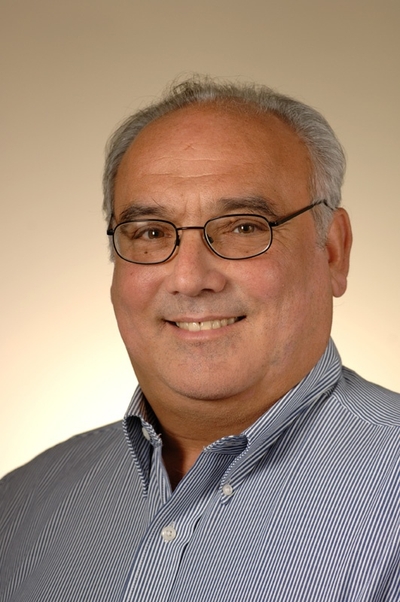 Section on Molecular and Cell Biology

We are interested in how the pathways for biogenesis and metabolism of tRNAs and mRNAs control the flow and processing of genetic information in a broad sense and during cell proliferation, growth and development. We are interested in control and regulation of three components of the genetic code primary and secondary information system, mRNAs, tRNAs, and tRNA modifications, many of the latter of which are directed to the anticodon to control wobble decoding, translation efficiency and fidelity. One focus is on tRNA synthesis by RNA polymerase (Pol) III, the post-transcriptional handling of its nascent precursor-tRNA transcripts by the eukaryote-ubiquitous RNA-binding nuclear phosphoprotein La, and posttranscriptional modifications of a subset of tRNAs by tRNA isopentenyltransferase (TRIT1) and tRNA methyltransferase (Trm1).

In all of our studies we strive to understand the structure-function relationship, cell biology and context in growth and development. We use genetics, genomics, cell and structural biology, and biochemistry and genome-wide approaches in model systems that include yeast, human and mouse tissue culture cells, and gene-altered mice. We use and develop high-throughput sequencing methods.

We propose to continue three ongoing projects in areas of basic science related to tRNA and mRNA metabolism in eukaryotes. tRNAs are produced at >10-fold higher molar levels relative to ribosomes during cellular proliferation. After synthesis by RNA polymerase (Pol) III, posttranscriptional tRNA processing steps and modifications occur prior to nuclear export and additional modifications. Failure to support mRNA translation is evident by developmental and other diseases attributable to defective tRNA biogenesis.

Pol III synthesizes high levels of tRNA by a conserved process of transcription termination-associated reinitiation, relevant to development and cancer. Termination occurs within a short tract of T residues in the non-template, (NT) DNA strand at the ends of Pol III-transcribed genes . The nascent transcripts bear a copy of this terminator, (U)UU-3'OH, a recognition motif for the nuclear La protein, which binds in a sequence and length-dependent manner. We propose continued work on tRNA modifications. We expect that focus on tRNA will foster insight into their links to disease; although central to translation in all cells, disruptions to synthesis and/or modification cause tissue specific disorders, difficult to model (8,24) (see 22).

La is a target of autoantibodies in patients with chronic inflammatory disease such as systemic lupus erythematosus, Sjögren’s syndrome (La is SS antigen-B, SSB), and neonatal lupus. Although La is active in other immune pathways evidence of its primary involvement in autoimmunity is lacking .

La binds Pol III transcripts and serves as chaperone during their nuclear maturation. La not only protects pre-tRNAs from 3' exonucleases, it directs and temporally orders the first step in the pathway, 5’ processing by RNase P. A role for La in a novel pathway, different from tRNA maturation, is proposed. Our data suggest La is a determinant for a subset of pre-tRNAs (genes) to enter an alternate pathway to specific activation of the type-I interferon (IFN) response. Accordingly, some dual-activity tRNA genes may serve as endogenous immune adjuvants, or may contribute to autoimmunity. We are currently exploring these possibilities.

We propose work on La-related proteins 1 and 4 which directly bind 3’ poly(A) and poly(A) binding protein (PABP) to modulate mRNA stability. LARP4 mRNA itself bears a coding determinant that can sense tRNA levels with potential for translation homeostasis. A larger theme is that translational fidelity via tRNAs meeting mRNA demands is a key element of health and disease. A goal is to develop knowledge and potential for translational research.

Dr. Richard Maraia, M.D. is a Senior Investigator and Head of the Section on Molecular and Cell Biology in the Intramural Research Program of the NICHD. Dr. Maraia directs a basic research program in Biochmistry, Molecular Genetics and Genomics that seeks to broadly understand the influences of genetics, biochemistry, and cell biology on the metabolism of small noncoding RNAs and mRNAs, and how this contributes to growth and development. Of molecular interest is the structural plasticity of the human La protein and related proteins such as La-related protein-4 (LARP4) and LARP1 in their ability to accommodate specific binding to a variety of RNAs that differ in sequence and structure. A major interest is in the biogenesis and metabolism of transfer RNAs, the genetic adapters that translate the genetic code, and the influences of their relative abundances and the dynamics of their activities on codon bias-driven genetic programs involved in normal growth and in response to the physiologic states of stress and disease.

Dr. Maraia received an Associate of Science degree from Kingsborough Community College (KCC) of the City University of New York (CUNY). He was awarded The KCC Dean's Scholarship to Columbia University in 1977. At Columbia University he began basic research in a tRNA laboratory supported as a Josiah Macy Research Scholar, and received a B.S. in the Biological Sciences. Prior to beginning medical school at the Cornell University Medical College, he worked in the laboratory of Somatic Cell Geneticist, Gretchen J. Darlington, on basic aspects of tissue-specific gene-activation and continued through his first and second years. As a senior medical student, the young Dr. Maraia spent 5 months at the NIH, in a clinical genetics course and doing basic research in the Human Genetics Branch, NICHD, Headed by Michael Zasoff, M.D., Ph.D. At this time in Zasloff's lab, Maraia again worked on small noncoding RNAs related to tRNA. After being graduated from Cornell University Medical College in 1985, Maraia obtained specialty training as an Intern and Resident in Pediatrics at The New York Hospital. He was then recruited by Dr. Zasloff, NICHD as a Clinical Fellow in the Human Genetics Branch, NIH and in the Interinstitute Medical Genetics Program of the NIH, while pursuing his basic research interests in small noncoding repeat RNAs (Alu and related) transcribed by RNA polymerase III. He was then recruited by the NICHD Scientific Director, Arthur S. Levine, as a Research Fellow to join as a founding member of the newly forming Laboratory of Molecular Growth Regulation, NICHD in 1990, to be headed by Bruce H. Howard, M.D., recruited from the NCI, NIH who was also interested in Alu repetitive elements. Dr. Maraia became a tenure track investigator in that Lab in 1992, after his first site visit as an independent investigator, and was tenured in 1998. Dr. Maraia's service includes ongoing Chairmanship of the NIH Regional RNA Club. He also regularly serves on the Organizing Committees of the International Biennial Conferences on RNA Polymerases I & III, the Biennial Conferences on La and Related Protein (LARP). He has also served on the Earl Stadtman Investigator Search Committees for Molecular Biology and Biochemistry (as Chair) and for RNA Biology at the NIH, and has been actively involved in recruiting tenure track investigators to the NICHD and NIH.