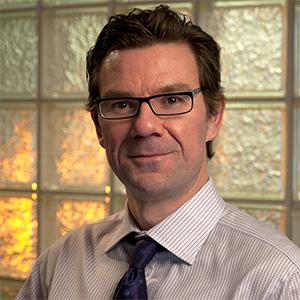 The Neurobehavioral Clinical Research Section was formed in 2011, when Dr. Shaw joined the NHGRI as an Earl Stadtman Investigator. Dr. Shaw's research program examines the interplay of genomic and environmental factors in shaping the developmental trajectories of brain and behavior. The program focuses on one of the most common and heritable childhood mental illnesses, attention deficit hyperactivity disorder (ADHD). ADHD is a highly heritable disorder, with an estimated 70 percent of the affected phenotype explained by genetic factors. Genomics, therefore, is at the core of understanding the disorder. The section has three main areas of research: 1) defining novel phenotypes pertinent to ADHD based in the neuroimaging, social and behavioral sciences, 2) identifying the genomic factors that contribute to the disorder, and 3) translating discoveries into tools for prognosis and into novel treatments.

Refining the phenotype of ADHD: The diagnosis of ADHD is still based purely on symptoms with no consideration of underlying neurobehavioral deficits. The section aims to fully characterize the phenotypes of ADHD, using tools from the neurobiological, psychological and social sciences. This will allow advancement beyond a symptom-based approach to a mechanistic understanding of the disorder as a disruption to behavioral processes that can be mapped directly onto brain structure and function. The work linking brain development with the clinical course of ADHD symptoms exemplifies this approach. Thus, the section has demonstrated that among individuals who remitted from childhood ADHD by adulthood, the structure of cortical regions supporting attention and cognitive control veered towards typical dimensions or 'normalized' over the course of development. By contrast, those who had persistent symptoms into adulthood showed fixed, non-progressive cortical deficits. Currently, we are mapping the clinical course of ADHD directly onto brain function using the complementary technologies of functional magnetic resonance imaging and magnetoencephalography.

Given that children are embedded in multiple social contexts, whether families, schools, or local communities, our work aims to understand the social manifestation of ADHD thereby identifying new 'social' phenotypes. To that end, we are identifying systematicities in the social position of children affected by ADHD within these multiple, nested social contexts, with a focus on understanding how a child's social standing impacts their mental health. This work leverages advances in modeling and visualizing social networks to provide a nuanced understanding of how a child's social 'position' contributes to brain development and the clinical course of ADHD.

Integrating genomics: The next step is to use the novel phenotypes of brain development and social behavior in ADHD as the basis for genomic discovery and understanding. Many of the brain anomalies we have found to characterize childhood ADHD are dimensional and extend to typically developing children who have symptoms of the disorder, but not the full syndrome. This neurobiological evidence for continuity between ADHD and typical development thus provides a neuroanatomic quantitative phenotype for ongoing genomic studies.

In our genomics, we first identify facets of the brain that are both highly heritable (and thus under genetic control) and associated with ADHD symptoms. To do so, we have recruited a number of extended families with multiple members affected by ADHD. Next we use these heritable brain phenotypes for both gene discovery (through GWAS) and gene understanding.

Translational studies: We are attempting to translate our genomic and neural discoveries into clinically useful tools. Firstly, we aim to develop a set of prognostic biomarkers that predict the likely adult outcome of a child's ADHD at a clinically useful level. Secondly, we ground novel treatments for ADHD on our understanding of the neural bases of remission. For example, if remission from ADHD is reflected by a convergence of early neural differences towards more typical dimensions, then might interventions which accelerate these processes prove useful as treatments?

Philip Shaw is a Senior Investigator at the Neurobehavioral Clinical Research Section of the National Human Genome Research Institute in Bethesda, United States. His main interest is in the genetic and environmental factors that influence the development of brain and behavior. A focus of his work is the most common neurobehavioral disorder of childhood, attention deficit hyperactivity disorder. He has degrees in experimental psychology and medicine from Oxford University, and a Ph.D. in psychological medicine from the Institute of Psychiatry in London. He completed residencies in internal medicine and psychiatry in England, and is a member of both the Royal College of Physicians and the Royal College of Psychiatry.