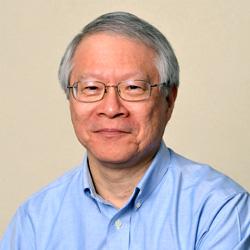 Laboratory of Cell and Developmental Biology

Our overall research goals are to discover novel mechanisms and regulators of cell interactions with the extracellular matrix and their roles in craniofacial development and disease pathogenesis. We are focusing on mechanisms by which the extracellular matrix, integrins, Rho family GTPase signaling systems, and the cytoskeleton act in concert to mediate or regulate cell adhesion, migration, invasion, matrix remodeling, and tissue morphogenesis. Recent projects have been exploring:

Understanding these mechanisms of cell-matrix interactions and tissue morphogenesis should facilitate creative approaches to therapy, particularly in the fields of tissue engineering and cancer biology.

Our general approach has been to develop new methods to visualize and manipulate dynamics of specific molecules, cells, and tissues during cell migration and tissue morphogenesis. For example, over the past few years, we have developed novel approaches to (a) test roles of topography in migration, (b) visualize proteolysis by migrating cells at subcellular resolution, (c) document microanatomical changes in salivary gland gene expression, and (d) simultaneously visualize 3D cell movements and matrix dynamics during migration and tissue morphogenesis. These approaches have provided the following recent insights:

Our ongoing and future studies are focusing on extending these insights to (a) determine the mechanistic basis of rapid cell migration on 1D and 3D fibrils, (b) characterize distinct modes of cell migration in 3D and their regulation by Rho family GTPases, (c) delineate homeostatic mechanisms involving microtubules and contractility governing cell migration and morphogenesis, (d) define mechanisms and specific roles of local, controlled proteolytic degradation of fibrillar collagen or basement membranes in tissue and tumor expansion, and (e) determine how regulatory gene expression, local cell movements, and basement membrane remodeling are integrated to mediate tissue morphogenesis.

Throughout all of this research, we emphasize the training and career development of graduate students and postdoctoral fellows to become independent leaders in the field. We encourage them to take their projects with them if they wish in order to help start their own independent research careers.

Kenneth Yamada received B.A., M.D., and Ph.D. degrees from Stanford University. After serving as a section chief in the National Cancer Institute for 10 years, he has been a laboratory or branch chief at the NIDCR since 1990. He was elected a Fellow of the American Association for the Advancement of Science in 1991. He received the first Senior Investigator Award of the American Society for Matrix Biology in 2004, and in 2008 he received the Distinguished Scientist Award of the American Association for Dental Research. He was promoted to NIH Distinguished Investigator in 2011. Dr. Yamada has served on the Councils of the American Society for Cell Biology, International Society for Matrix Biology, American Society for Matrix Biology, and NIH Assembly of Scientists. He is an editor of The Journal of Cell Biology and serves as an associate editor or board member of a number of other journals including Matrix Biology, Journal of Cellular Physiology, Journal of Cell Science, Current Protocols in Cell Biology, and Journal of Dental Research. He has published more than 400 papers and reviews and is currently an Institute for Scientific Information 'Highly Cited Researcher'. He has given the Stadler and Swerling lectures at Harvard and M.D. Anderson Cancer Center, the Retzius Lecture at the Karolinska Institute, the Leonardo Lecture at the San Raffaele Research Institute, as well as a number of keynote and symposium lectures. He served a full term on the NIH Cell Biology Study Section and currently serves on the NIH Committee on Scientific Conduct and Ethics, Trans-NIH Mentoring Committee, and Senior Biomedical Research Service Policy Board.