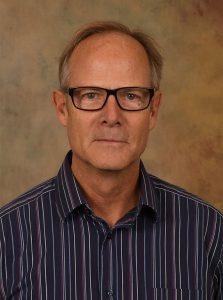 Our section is focused on understanding the neuroscience of drug use and abuse at a systems neuroscience level. To accomplish this, we employ multimodal imaging and electrophysiological approaches in combination with sophisticated preclinical behavioral and cognitive models. We study brain mechanisms involved in reward guided choice, because addiction is a behavioral disease marked by disadvantageous choices to use drugs versus beneficial alternative rewards. Our previous findings have demonstrated that in well controlled group comparisons, animals that chronically self-administered cocaine showed selective deficits in cognitive functions believed to be mediated by the orbitofrontal cortex, a brain region implicated in reward valuation and selection. These results disentangle the confound that preexisting conditions represent in clinical studies that have also indicated a role for orbitofrontal cortex in addiction. Concurrent longitudinal imaging studies in those same animals are revealing that reductions in brain gray matter levels in the orbitofrontal cortex correlate with the deficits in cognitive performance across individuals, strongly suggesting a causal link. We are also working to understand the neural basis of attentional bias to drug-associated environmental cues, which is a strong predictor of relapse among those seeking treatment for addiction. Only the orbitofrontal cortex, among a number of potentially relevant brain regions is selectively activated by the drug cues, further implicating its importance in addiction. Our ongoing and future projects will continue to combine the most clinically relevant animal models with state of the art technologies to help discover mechanisms through which drugs and their associated cues control choice behavior, and to use those models for developing novel approaches for treating addiction.