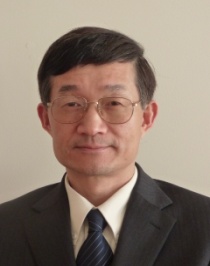 The mission of the Laboratory of Liver Diseases at NIAAA, NIH, established in 2009, is to investigate the immunological aspects and molecular pathogenesis of alcoholic liver disease (ALD), and to explore novel therapeutic targets for the treatment of this disorder. ALD is a major cause of chronic liver disease, leading to cirrhosis and liver cancer. The latest report from NIAAA shows that cirrhosis is the 12th leading cause of deaths in the United States with a total of 29,925 deaths in 2007, of which 48.1% were alcohol-related. The spectrum of ALD includes simple steatosis, alcoholic hepatitis, cirrhosis, and hepatocellular carcinoma. At present, there are no small animal models available for human alcoholic hepatitis (inflammation), cirrhosis, and alcoholic liver cancer. Thus, our laboratory has been actively using liver injury models induced by ethanol and other insults to investigate the immunologic mechanisms underlying alcoholic liver injury, to study the effect of inflammation on liver disease progression, and to explore novel therapeutic targets for the treatment of ALD. Currently, we are focusing on the roles of innate immune cells (eg. natural killer and natural killer T cells), cytokines (eg. interleukin-6, interleukin-22), and the Jak-STAT signaling pathways activated by these cytokines in liver injury, fibrosis, regeneration, progenitor/stem cell proliferation, and hepatocarcinogenesis.

Dr. Gao received his M.D. from Wannan Medical College, China, in 1986 and his Ph.D. from Norman Bethune University of Medical Sciences, China, in 1991. Following postdoctoral training at NIAAA and in the Department of Pharmacology and Toxicology at the Medical College of Virginia (MCV), he served as a tenure track Assistant Professor at MCV from 1995 to 2000, where his research was supported by 3 NIH grants, and was in the process of being promoted to Associate Professor with tenure, when he accepted a tenure track position and Section Chief of Liver Biology at NIAAA in 2000. Of exceptional note, he was granted NIH tenure through the Central Tenure Committee (CTC) in 2005 – a year early before his tenure track appointment was completed. In 2009, Dr. Gao was promoted to the Laboratory Chief of Liver Diseases at NIAAA.

This page was last updated on October 6th, 2021