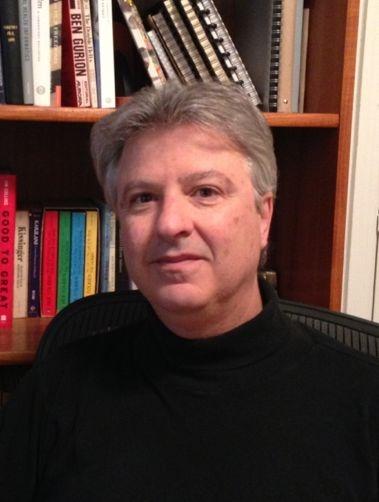 The Section of Molecular Neurobiology (SMN) has been a major contributor of groundbreaking discoveries over the past 20 years regarding the role of the Neuregulin-ErbB4 signaling pathway in the developing and adult CNS. We, and others, demonstrated that NRG/ErbB4 signaling modulates glutamatergic synaptic plasticity, neuronal network activity (gamma oscillations) and dopamine balance. These effects arise from ErbB4 signaling in local GABAergic interneurons and dopaminergic projections that indirectly impinge on pyramidal neurons.

Schizophrenia, like autism and ADHD, is a developmental disorder with deficits in cognitive function as a core symptom. It is therefore significant that NRG1 and ErbB4 have been associated with risk for schizophrenia, and that subjects with "at risk" alleles exhibit numerous relevant endophenotypes - including low IQ and cognitive deficits.

Furthermore, we uncovered novel and paradigm-shifting functions of NRG/ErbB4 signaling. In particular, we found that NRG modulates dopamine levels and LTP, and it co-signals with dopamine D4 receptors in PV-FS interneurons to augment gamma oscillations. In addition, we identified a bidirectional autocrine regulatory loop between NRG2/ErbB4 and NMDARs selectively in GABAergic interneurons that challenges traditional concepts of NRG regulation and function. More recently, we also uncovered that the secondary structure of Neuregulins determine their subcellular targeting to either the axons or the somato-dendritic compartment of central neurons.

With the identification of direct targets of the Neuregulin/ErbB pathway in DAergic and GABAergic neurons, our goal is to elucidate the molecular mechanisms responsible for modulating synaptic and microcircuit properties that underlie working memory and other cognitive domains frequently associated with deficits in psychiatric disorders.

My formal training as a molecular neuroscientist began at Washington University, where I developed a long-lived fascination for understanding how experience (i.e., activity) and genes interact during neurodevelopment to influence the plastic properties of synapses and neurocircuits. Research at the Section on Molecular Neurobiology (SMN) initially focused on understanding how distinct patterns of motorneuron activity regulate the adaptive properties of skeletal muscles, and we were the first to identify cis- and trans-acting transcriptional elements that regulate slow- or fast-twitch skeletal muscle genes specifically in response to either slow and fast patterns of electrical stimulation. More recently, our group has investigated the activity-dependent functions of the Neuregulin (NRG) family of neurotrophic factors and their receptor ErbB4, both of which have been associated with a risk for schizophrenia. We have made major contributions demonstrating how the NRG-ErbB4 signaling pathway regulates synaptic plasticity, neuronal synchrony (gamma oscillations), dopamine signaling and behaviors in mutant mice that are associated with brain structures and traits affected in schizophrenia, autism and Alzheimer’s disease. In 2001 Dr. Buonanno was inducted as a member of the Latin American Academy of Sciences (ACAL).