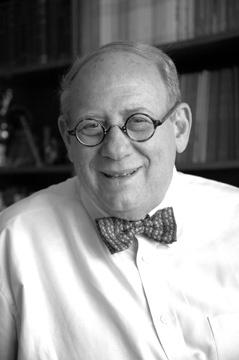 Deviations from the norm can prevent the establishment of pregnancy or contribute to obstetrical disorders associated with aberrant placentation. Through basic and translational research, our mission is to identify the critical cellular and molecular events that are required for successful implantation and to understand their relationship with the pathologies of early pregnancy. Our objective is therefore to understand the biology of the developing blastocyst, which requires the differentiation of the trophectoderm—its outer epithelium—into invasive trophoblast cells and the maintenance of a cohort of pluripotent embryonic stem cells. We thus focus on the developing blastocyst, trophectoderm, and pluripotent embryonic stem cells and investigate the interactions between the uterine endometrium and implanting blastocyst at the inception of pregnancy. We are evaluating agents that would provide cellular and molecular evidence of successful and pathologic implantation.

Alan Hersh DeCherney, M.D. received his Medical Degree from Temple University School of Medicine where he was AOA and awarded the Henry Laughlin Alumnus of the Year Award in 2005. His internship in Medicine was at the University of Pittsburgh, followed by a residency in Obstetrics and Gynecology at the University of Pennsylvania. He holds an honorary Master of Arts Degree from Yale University and he completed a research fellowship in Immunology at the Lister Institute in London, England. He is currently Deputy Clinical Director for Academic Affairs, Director, Reproductive Endocrinology and Infertility Fellowship Program and Head, Reproductive Endocrinology and Gynecology Affinity Group of the Eunice Kennedy Shriver National Institute of Child Health and Human Development (NICHD) of the National Institutes of Health. Dr. DeCherney has been a Member of the National Academies of Sciences, Engineering, and Medicine. Institute of Medicine (IOM) since 2004 and was Chairperson of the IOM Interest Group on Maternal & Child & Human Development 2008 to 2010. In 2015 he served on the IOM Committee on Ethical and Social Policy Considerations of Novel Techniques for the Prevention of Maternal Transmission of Mitochondrial DNA Diseases.

This page was last updated on Friday, November 6, 2020