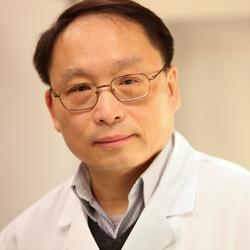 Proper neuronal function requires integration of the transport of synaptic components and the assembly and regulation of synaptic structures and function. Neurons also require specialized mechanisms to transport mitochondria to axons and retain them in the vicinity of synaptic terminals where energy production and calcium homeostasis are in high demand. Synaptic structure and function undergo activity-dependent remodeling, thereby altering axonal transport. In addition, neurons maintain cellular homeostasis through the retrograde transport of late endocytic organelles to the cell body. Maintaining efficient degradation capacities in the autophagy-lysosomal system is essential for quality control of intracellular components. Dysfunction and altered transport of mitochondria, and defective autophagy-lysosomal function have been implicated in the pathogenesis of several major neurodegenerative diseases.

Our research goal is to elucidate the mechanisms regulating organelle transport and membrane trafficking and their impact on synaptic function, energy homeostasis, and axonal degeneration.Using genetic mouse models, we are addressing several fundamental questions: (1) how mitochondrial transport is regulated to sense changes in synaptic activity, mitochondrial integrity, axon injury, energy deficits, and pathological stress; (2) how neurons coordinate late endocytic transport and autophagy-lysosomal function to maintain cellular homeostasis; (3) how impaired transport contributes to synaptic dysfunction and axonal pathology. These studies have led to the identification of three motor adaptor and anchoring proteins (syntaphilin, snapin, and syntabulin) that regulate axonal transport of mitochondria, endo-lysosomes, autophagosomes, and synaptic cargoes. The long-term goal of the laboratory is to decipher mechanisms enhancing autophagy-lysosomal function for efficient clearance of dysfunctional mitochondria and aggregated proteins that are associated with major neurodegenerative diseases.To address these issues, we have combined molecular and cellular approaches, and live-cell imaging with a multidisciplinary systems analysis of genetically engineered mice. Pursuing these investigations will advance our knowledge of fundamental processes that may affect human neurological disorders.

Dr. Sheng received his Ph.D. degree from the University of Pennsylvania, where he worked with Roland Kallen and Robert Barchi in cloning skeletal muscle sodium channel genes and studying their regulatory expression. He did his postdoctoral research in the laboratory of William Catterall at the University of Washington studying structural and functional coupling of presynaptic calcium channels and the synaptic vesicle docking/fusion machinery. Dr. Sheng joined NINDS as an investigator in 1996 and is now a senior investigator and Chief of the Synaptic Function Section. Dr. Sheng's laboratory focuses on the mechanisms regulating axonal transport of mitochondria, endocytic organelles, and synaptic cargo and their impact on axonal homeostasis, synaptic function and neurodegeneration. He has used a broad range of approaches to tackle these problems, notably the development of neuronal cultures from adult disease mouse models and live imaging of organelle transport. Dr. Sheng also serves as monitoring editor for the Journal of Cell Biology and associate editor for Autophagy and sits on the editorial board of the Journal of Biological Chemistry. Dr. Sheng was elected as an AAAS Fellow in 2016 and an ASCB fellow in 2017.