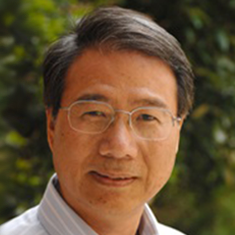 Human papillomavirus type 16 (HPV16) or 18 (HPV18) infection, acquired primarily via sexual transmission, is widely recognized as a leading cause of cervical and anal cancer as well as oropharyngeal cancer. Persistent infection with these oncogenic or high-risk HPVs leads to HPV genome integration randomly into the host genome, which plays a critical role in the progression of cervical dysplasia and ultimately the development of cervical cancers. Mouse papillomavirus type 1 and cotton-tail rabbit papillomavirus infection models are two gold-standard preclinical animal models for studying HPV-associated infections and tumors. Two viral oncogenes, E6 and E7, are responsible for papillomaviral carcinogenesis and are highly expressed from the integrated viral genome. Oncogenic HPV E6 and E7 destabilize cellular tumor suppressor proteins and induce aberrant expression of a subset of oncogenic and tumor-suppressive microRNAs (miRNAs) and long noncoding RNAs (lncRNAs). In HPV16 and HPV18, E6 and E7 are transcribed as a single bicistronic E6E7 RNA bearing 3 exons and 2 introns, with the intron 1 in the E6 coding region. Splicing of the intron 1 in E6E7 pre-mRNA disrupts the E6 open reading frame (ORF) but is required to reinitiate translation of the E7 ORF downstream. Thus, RNA splicing regulates the production of viral E6 and E7 and this splicing is controlled by a branch point adenosine at nt 385 in the E6 intron of HPV16 and by two alternative branch point adenosines either at nt 384 or at nt 388 in the E6 intron of HPV18. We found that cellular RNA-splicing factors, including SRSF3 (SRp20), also control RNA splicing of the viral early transcripts and viral early-to-late switch through binding to viral RNA cis-elements. We demonstrated that SRp20 is a proto-oncogene essential for cell proliferation by regulating genome-wide RNA splicing of several hundred host genes. When overexpressed, SRp20 induces cell transformation and tumor formation. Together, the HPV infection-induced degradation of host tumor suppressive proteins, aberrant expression of oncogenic and tumor-suppressive miRNAs and lncRNAs, and enhancement of SRp20 expression could be the major distinguishable mechanisms leading to the development of cervical cancer.

KSHV is a lymphotropic DNA tumor virus that induces Kaposi’s sarcoma (KS), primary effusion lymphoma (PEL) or body cavity-based B-cell lymphoma, and multicentric Castleman disease (MCD). Among these malignancies, KS occurs frequently in patients who are infected with HIV. PEL and MCD feature increased levels of cytokines (IL6 and IL10). Latent KSHV infection in KS lesions and PEL-derived B cells can be reactivated as lytic KSHV infection by various stress conditions or inflammation. In KSHV lytic infection, the viral lytic gene ORF57 encodes a multifunctional, caspase-7-sensitive protein to regulate the expression of a subset of viral lytic genes at the post-transcriptional level. We solved the ORF57 crystal structure both as a dimer at 3.5 angstroms and as a monomer at 3 angstroms. We demonstrated that ORF57 functions as a dimer in the cells and carries out its functions by binding to RNA and interacting with cellular RNA-binding proteins. As a viral splicing factor first identified by us in the virology field, ORF57 promotes RNA splicing by interacting with the spliceosomal machinery and by attenuating SRSF3 activities. ORF57 binds to and stabilizes viral RNAs by interacting with host RNA capping, export, and polyadenylation factors. ORF57 also promotes protein translation by interrupting miRNA-mediated RNA instability and translational repression. Our recent findings indicate that ORF57 inhibits host innate immunity against lytic KSHV infection by interacting with PACT, PKR, Ago2, and GW182, leading to blocked formation of stress granules and P-bodies.

Dr. Zheng received his medical and virological training at Wuhan University in China (1981) and was a Yale-China Exchange Scholar in clinical virology at Yale University (1981-1984). He served as Associate Professor, Chief of the Clinical Virology Laboratory, and Deputy/Acting Director of the Virus Research Institute, Wuhan University School of Medicine, China (1985-1990). Dr. Zheng was Vice-President of the Chinese Society of Medical Virology (1988-1990). He first isolated enterovirus type 71 (EV71, ATCC VR-1432) in China from the vesicle fluid of a hand, foot, and mouth disease patient and identified a new poxvirus named epidemic erythromelagia-related poxvirus (ERPV, ATCC VR-1431). He and John Huggins at the U.S. Army Medical Research Institute of Infectious Diseases led the first double-blind, placebo-controlled clinical trial of intravenous ribavirin therapy for hemorrhagic fever with renal syndrome (HFRS) caused by hantavirus infection in China (1985-1989). This successful trial led to both the China FDA and the U.S. Army to officially approve the ribavirin therapy for hantavirus infection in 1990. Dr. Zheng received his Ph.D. from the University of South Florida School of Medicine (1994). He was an IRTA fellow and later a senior staff member in the National Cancer Institute (NCI) Laboratory of Tumor Virus Biology. He accepted the offer in 1999 from then the NCI Division of Clinical Sciences to head the Tumor Virus RNA Biology Section and has remained in this position to date at now the NCI Center for Cancer Research. His research interests center on the RNA processing, RNA-protein interactions, and tumorigenesis of tumor viruses including papillomaviruses and Kaposi's sarcoma-associated herpesvirus. He organized the 24th International Papillomavirus Conference and Clinical Workshop, Beijing, China, in 2007 and was a recipient of the 2009 NCI Director's Award, 2010 NIH Award of Merit, 2016 NCI Outstanding Mentor Award, and 2016 NIH Asian and Pacific Islander American Organization (APAO) Outstanding Scientific Achievement Award. He was elected as a member of the American Academy of Microbiology in 2014.