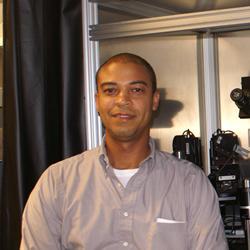 Dopamine-releasing neurons located in the midbrain play an essential role in movement and reward-based behaviors. Dysfunction of these neurons has been linked to a variety of brain disorders including addiction, schizophrenia, depression and Parkinson's disease. The goal of our research is to understand 1) how voltage-gated ion channels contribute to excitability and action potential firing of dopamine neurons and other neurons that participate in reward circuits, 2) how synaptic inputs interact with intrinsic membrane conductances to produce spiking patterns that are relevant to reward-based learning, 3) and how neuromodulatory inputs influence excitability of these neurons. We address these questions using patch-clamp techniques to record the activity of neurons in brain slices. We combine this approach with imaging, immunohistochemistry and the use of transgenic mice to identify specific populations of neurons within the reward circuit.

Dr. Khaliq received his B.A. in Physics from Dartmouth College and his Ph.D. in Neuroscience from Northwestern University in 2006. During his graduate work with Indira Raman, he studied the initiation and propagation of action potentials in cerebellar Purkinje neurons. During his postdoctoral fellowship with Bruce Bean at Harvard Medical School, he studied the ionic mechanisms of firing in dopamine-releasing neurons located in the ventral tegmental area (VTA) and substantia nigra. He joined NINDS as an Investigator in 2011. His laboratory is focused on the cellular and synaptic mechanisms of neuronal firing within the midbrain dopamine system.