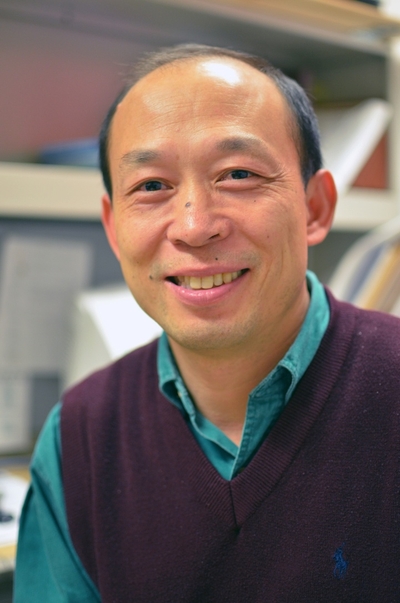 We investigate the molecular mechanisms of thyroid hormone function during postembryonic development. The main model is the metamorphosis of the amphibians Xenopus laevis, a species well studied as a developmental model, and Xenopus troplicalis, a species more recently developed as a model system and whose shorter life cycle and sequenced genome offers some unique advantages. The control of postembryonic development by thyroid hormone (TH) offers a unique paradigm to study gene function in postembryonic organ development. During metamorphosis, various organs undergo vastly different changes. Some, such as the tail, undergo complete resorption while others, such as the limb, are developed de novo. The majority of the larval organs persist through metamorphosis but are dramatically remodeled to function in a frog. For example, tadpole intestine in Xenopus is a simple tubular structure consisting primarily of a single layer of larval epithelial cells. During metamorphosis, tadpole intestine is transformed into an organ with a multiply folded adult epithelium surrounded by elaborate connective tissue and muscles; the process involves specific larval epithelial cell death and de novo development of adult epithelial stem cells, which then proliferate and differentiate. The wealth of knowledge from earlier research and the ability to manipulate amphibian metamorphosis both in vivo, by using transgenesis, gene editing and/or hormone treatment of whole animals, and in vitro in organ cultures offer an excellent opportunity to study the developmental function of TH receptors (TRs) and underlying mechanisms in vivo and to identify and functionally characterize genes that are critical for postembryonic organ development in vertebrates. Our studies have revealed likely conserved mechanisms of adult intestinal stem cell development in vertebrates, prompting us to adapt the mouse model for comparative studies.

Dr. Yun-Bo Shi is the head of Section on Molecular Morphogenesis and a Deputy Associate Scientific Director at NICHD, NIH, USA. Dr. Shi received his B. S. degree from the Department of Chemistry, Wuhan University, China, in 1982 and his Ph. D. degree from the Department of Chemistry, University of California, Berkeley, in 1988. After postdoctoral training at the Carnegie Institution, Baltimore, MD, Dr. Shi established his own research group within the intramural research program of NICHD in 1992.

His laboratory has been studying the molecular basis of thyroid hormone regulation of vertebrate development by using Xenopus metamorphosis as a model system. Dr. Shi has published over 240 research papers and reviews/book chapters, edited three books, and written a monograph on amphibian metamorphosis. For his accomplishments, For his accomplishments, Dr. Shi has received many awards and recognitions, including the 2009 NIH APAO (Asian & Pacific Islander American Organization) Award for outstanding accomplishments in biomedical research and the 2008 Van Meter Award by the American Thyroid Association, which honors an investigator who has made outstanding contributions to research on the thyroid gland. In 2012, Dr. Shi was elected as a Fellow of the American Association for the Advancement of Science. Dr. Shi was an editor of Cell Research from 1997 to 2010 and the Editor-in-Chief of Cell and Bioscience from 2010-2020. Dr. Shi is currently an editor of Development, Growth, and Differentiation and has also served as a board member of many journals including Thyroid, Endocrinology, and Journal of Biological Chemistry. Dr. Shi has been elected to serve as an official or council member of several scientific organizations, including North American Society for Comparative Endocrinology, where he is the current President.