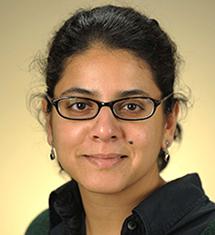 The human genome project and other sequencing projects have provided biologists with a vast amount of information about DNA sequences that comprise various organisms. In eukaryotes, the genome is intimately coupled with highly conserved canonical histone proteins, which make up half the nuclear content. Histones H2a, H2b, H3, H4 form pseudo-symmetrical bead-like units called nucleosomes around which 147bp DNA is wrapped. These repeating units package the entirety of the genome, with spacing between individual nucleosomes dictated by DNA sequence, linker histone, and non-histone proteins. Furthermore, in regions of functional importance, variant histones such as H3.3, CenH3, H2A.X, macro H2a, H2A.Z substitute their canonical counterparts within the nucleosome. These histone variants dramatically alter the structure and dynamics of the local chromatin fiber resulting in epigenetic control of functions ranging from promoter accessibility to centromere identity.

We focus on centromeres to elucidate the relationship between histone variants, chromatin fiber structure, assembly/disassembly dynamics and biological function. Centromeres are the visually striking central constriction seen in eukaryotic mitotic chromosomes, and are required for microtubule attachment. The centromeric chromatin fiber presents a near-perfect model for studying epigenetic control, because no single DNA sequence is deemed necessary for formation, specification, maintenance or function of the centromere. Rather, the key element appears to be the histone H3 variant CenH3. CenH3's exclusive enrichment at a location within the genome marks that region to be the centromere in thousands upon thousands of cell generations, providing epigenetic inheritance of centromere domains. How this remarkable feat is accomplished remains a central question in biology. We have uncovered features of native Drosophila and human CenH3-nucleosomes that differ from those seen for canonical nucleosomes in vivo. We have recently proposed that these structural differences determine the accessibility of the centromeric chromatin fiber during the cell cycle so that kinetochore proteins can distinguish CenH3 nucleosomes, and that other forms of the CenH3 nucleosome at ectopic locations that block kinetochore recognition, protecting the cell from neocentromere formation.

Current goals of the lab are to elucidate: 1) how CenH3 nucleosome structure varies through the cell cycle, 2) how assembly and disassembly kinetics influence the centromeric chromatin fiber accessibility and uniformity, 3) how the global chromatin fiber's three-dimensional arrangement and structure is altered when the individual nucleosomes that make up the fiber are replaced by CenH3 or other histone variants in colorectal tumors, 4) functional and epigenetic consequences of histone variant invasion of ectopic loci, and 5) whether the distinctive features we observe in fly and human are conserved in other species. Our collaborative projects range from developing new atomic force microscopy applications to enable fluorescent single molecule recognition within native chromatin, analyzing the structure of human artificial chromosomes, to mapping chromatin domains at fragile regions in human chromosomes.

Dr. Yamini Dalal became interested in chromosome structure and epigenetic gene regulation during her Baccalaureate years at St. Xavier's College, Bombay, India, where she graduated with a double major in Biochemistry and Life Sciences in 1995. She moved to the United States for her post-graduate work. In Arnold Stein's laboratory at Purdue University, she used classical chromatin biochemistry tools to understand how DNA sequence motifs and linker histones can shape the chromatin structure in silico, in vitro, and in vivo. During this time, she discovered that the regions of the mouse genome contained alternating tracts of stiff and flexible DNA, which allowed in silico prediction of nucleosome positions. These positions could be recapitulated in vitro using just purified histones and DNA, and detected in vivo, at developmentally regulated genes in mice. She also studied how linker histone H1 could influence nucleosome positioning and chromatin folding in vitro and in vivo. For these studies, she received her Ph.D. from Purdue University in 2003. Histone variants were the next logical step in teasing out how intrinsic variability in the chromatin fiber can encode a diversity of biological functions. To study this aspect of chromatin structure, Yamini moved to Seattle to work with Dr. Steven Henikoff at the Fred Hutchinson Cancer Research Center from 2003-2007. Using a range of biochemical analyses, she and colleagues uncovered that the Drosophila centromere-specific histone variant makes non-canonical nucleosomes, features of which are reminiscent of the ancestral nucleosomes seen in the archaebacteria. Recent work from her lab has shown that some of these unusual features are conserved in human cells, that centromeric nucleosomes oscillate in structure and in modifications over the cell cycle. Such oscillations are perturbed in human cancers wherein CENP-A is innately mis-regulated and occupies ectopic regions of the human genome linked to instability. Her lab has also worked on dissecting the function of transcription of repetitive loci within human centromeres. We are now expanding our studies to other histone variants in human tumors, and using machine learning approaches to disrupt cancer-specific chromatin interactions. She was awarded tenure at NIH in 2018. In 2021, Dr. Dalal became Senior Advisor for Faculty Development, CCR Office of Scientific Programs.