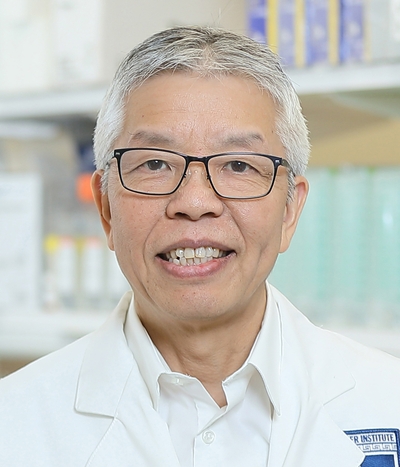 Our laboratory is interested in studying genetics, genomics and biochemical pathways related to human cancer. Primary liver cancer is the second most deadly cancer in men and fifth most prevalent cancer worldwide (estimated 695,900 deaths in 2008), with a recent sharp increase of incidence in the United States. Hepatocellular carcinoma (HCC) and intrahepatic cholangiocarcinoma (ICC) are two major types of primary liver cancer. Chronic liver diseases such as viral hepatitis caused by infection with hepatitis B and C viruses (HBV or HCV), alcohol consumption, or obesity, are major global health burdens that can increase the risk of HCC and ICC.  Despite great progress in the diagnosis and development of new treatment modalities, the improvement in cancer mortality is very modest. These diseases remain the most difficult-to-treat malignancies, with a 5-year survival rate of less than 12% in the United States.

We are exploring molecular mechanisms related to primary liver cancer to learn how cancer cells initiate and metastasize, and to identify biomarkers useful for early diagnosis and molecular targets for effective therapy. Currently, we are focusing on two main complementary research projects with an objective to change the current status quo.

1. Dissecting molecular heterogeneity of liver cancer to improve outcome among diverse populations.
Like other lethal solid tumors, most primary liver cancer patients are considered incurable due to extensive tumor heterogeneity. Both inter-tumor and intra-tumor heterogeneity have been recognized, possibly emanating from the presence of cancer stem cells or selection by clonal evolution. Cancer genomic heterogeneity thereby results in varying degrees of clinical presentation and tumor biology, which impedes treatment options and poses a significant challenge to cancer management.

The outcome of liver cancer patients in particular, has remained quite poor. Surgical resection of small HCC, when clinically identified early enough, may be potentially effective. However, up to 80% of these patients develop recurrent tumors after 5 years. Although molecularly targeted therapies are promising new treatment modalities, their effectiveness has only shown promise at the statistical level but has not fundamentally reduced overall mortality. Thus, our ability to identify distinct groups of cancer patients with similar tumor biology who are most likely to respond to a specific therapy would have a significant impact on improving patient outcome.

To overcome this problem, our laboratory has applied molecular-based technologies including genomic, transcriptomic and metabolomic profiling of liver specimens among diverse populations to identify discrete tumor subgroups with unique tumor biology. Consequently, we have developed various genome-based signatures linked to venous metastasis, tumor recurrence, p53 mutations, stem cell features, male dominance or treatment response. These signatures have also been shown to be useful as diagnostic or prognostic tools to discriminate patients with greater homogeneity, assist in molecular re-staging, predict outcome or guide treatment, and to identify clinically relevant therapeutic targets.

2. Integrated genomics to identify drivers of human liver cancers.
We are interested in identifying key driver genes and their signaling mechanisms responsible for tumor initiation and progression. Since human malignancies share a set of common cancer hallmarks, key genes responsible for each hallmark in principle are ideal targets for targeted therapies. However, each cancer has a unique set of compromised genomic loci. A combination of different cancer hallmarks can result in new convergent molecular networks that are unique to each type of tumor. It is a challenge to identify such a distinct molecular node for which the growth of a particular type of tumor is dependent on.

We hypothesize that integrated genomics through a combination of mutations, somatic copy number alteration (SCNA), and methylome, transcriptome and metabolome profiling to study tumor specimens with well-defined phenotypic spectra can uncover key cancer driver genes and delineate their critical gatekeepers of cancer initiation and progression. For example, using high-resolution, array-based comparative genomic hybridization and transcriptome analysis of HCC samples, we have identified several novel tumor suppressor genes on chromosome 8p associated with HCC progression and patient prognosis. We have also identified shared molecular nodes as potential therapeutic targets among HCC and ICC samples through integrated mRNA and microRNA profiling. In addition, global microRNA and mRNA profiling of a subset of HCC samples with stem cell features allowed us to identify a critical microRNA player in hepatic cancer stem cells. Moreover, we have identified several druggable targets such as osteopontin, beta-catenin, EpCAM and miR-181, which may be used to eliminate liver cancer cells or reduce metastatic progression.

We believe this approach is powerful in identifying key driver genes, providing numerous insights into our understanding of cancer cell origin and its molecular mechanisms, challenging the current paradigm of tumor evolution and offering improvements to patient management.

Dr. Wang grew up in Shanghai, China, received early medical training in general medicine and served as a 'barefoot' doctor in a State Farm Clinic in Shanghai for three years prior to his enrollment in Shanghai First Medical College for his baccalaureate degree. He moved to the United States in the mid-80's and attended New York University School of Medicine for his Ph.D. studies. He received postdoctoral training at Roche Institute of Molecular Biology and subsequently at NCI. He was recruited to NCI as a tenure-track investigator in 1998 and was promoted as a tenured Senior Investigator in 2005. The Wang lab utilizes state-of-the-art technologies to study primary liver cancer. Dr. Wang has led several major international research initiatives on liver cancer genomics studies through collaborations with multiple universities and cancer centers. He has received the NIH Merit Award, the NCI Director's Award and the NIH Asian & Pacific Islander American Organization Award, the Blue Faery Award for excellence in liver cancer research. He is also a recipient of the NCI Mentor of Merit Award for excellence in mentoring and guiding the careers of trainees in cancer research. He is a recipient of an Honorary Professorship from Fudan University and a Society of Chinese Bioscientists in America (SCBA) Outstanding Leadership and Service Award. He has coauthored over 200 peer-reviewed manuscripts and book chapters. He is frequently invited to give lectures at international conferences and academic institutions. He serves on many scientific committees and provides numerous editorial services and grant reviews.