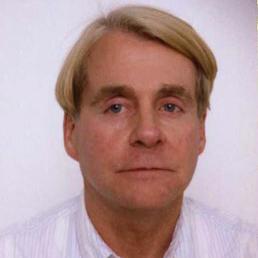 Although significant strides have been made in the treatment of Hodgkin's disease (HD) and non-Hodgkin's lymphomas (NHL), major clinical advances have plateaued over despite the development of new chemotherapy regimens and strategies. In an attempt to improve the therapy for lymphomas, we have focused our studies on several promising areas of research:

Novel therapeutic strategies for lymphoma. In vitro, overexpression of the mdr-1 gene product, P-glycoprotein (Pgp), in tumor cells can confer high-level resistance to natural product-derived cytotoxics-anthracyclines, vinca alkaloids, epipodophyllotoxins, and taxanes. It has been reported that Pgp was detectable by immunohistochemistry in 1/49 (2 percent) of untreated but was detectable in 6/8 (75 percent) treated lymphomas, suggesting that Pgp conferred drug resistance.

To test this hypothesis, we developed and tested a mdr-1 reversal strategy in relapsed lymphomas using EPOCH (doxorubicin/vincristine/etoposide over 96 hrs days 1 to 4, prednisone daily days 1 to 5, cyclophosphamide bolus day 5) and dexverapamil. Based on our results showing EPOCH to be effective and well tolerated, we began a phase II study of EPOCH in previously untreated patients with aggressive lymphomas. In this study, EPOCH doses are escalated within patients to the maximum tolerated dose (MTD). Endpoints are dose-intensity, efficacy, toxicity, and molecular markers of drug resistance. Early results show a high complete response rate of 89 percent with an event-free survival (EFS) of 77 percent at 2 years median followup. Accrual continues to this trial.

We have recently developed and tested a "second generation" EPOCH regimen (EPOCH II) to replace stem cell transplant for lymphomas requiring high-dose intensity, including poor prognosis untreated aggressive lymphomas, potentially curable relapsed lymphomas, and low-grade lymphomas. This regimen is based on experimental/clinical observations that suggest infusion schedules may improve the therapeutic index of natural product-derived cytotoxics, and that high-dose alkylator therapy can overcome drug resistance in lymphoma. An important component is the study of immune modulation with IL-2 and peripheral blood stem cells (PBSC) on the generation of natural killer (NK) and lymphokine-activated killer cells (LAK), immune recovery, and eradication of microscopic disease posttherapy. This approach is based on several lines of evidence:

Additionally, in animal models, mature T cell precursors present in the PBSC can promote return of immunocompetence and possibly antitumor effects. Preliminary results show EPOCH II to have a response rate of 90 percent with 66 percent complete. Patients were able to tolerate 100 percent of the planned dose intensity. IL-2 treatment acutely increased the CD4 cells, all within the CD4RO subset, and increased NK and LAK cells. However, this effect was not sustained after discontinuation of IL-2, and when long-term immunoreconstitution is compared between the IL-2 and non-IL-2 groups, there was no difference.

In human immunodeficiency virus (HIV)-associated lymphomas, we are testing the efficacy and toxicity of EPOCH chemotherapy followed by interleukin 12 (IL-12). IL-12 is a TH1 cytokine that can stimulate conversions of a TH2 to TH1 phenotype in vitro. Furthermore, it has antitumor activity in murine models.

We are also investigating the effect of chemotherapy on HIV plasma viral load and CD4 counts. We have had a longstanding interest in lymphomatoid granulomatosis, an Epstein-Barr virus (EBV) lymphoproliferative disorder that has similarity to posttransplant EBV lymphoproliferative syndromes (LPSs). We are currently investigating the efficacy of alpha-interferon and EPOCH chemotherapy and assessing the immunological deficiency associated with this disorder. Examination of tumor tissues to assess potential mechanisms of drug resistance is an ongoing effort in our group. We have demonstrated the association of clinical drug resistance with p53 mutation and low proliferation rate in relapsed lymphomas. Currently, we are studying other novel cell cycle proteins, such as p27, in lymphomas.

Recently, we have been interested in testing novel protein kinase inhibitors in lymphomas. One such inhibitor, UCN-01, has shown marked synergy with fludarabine in a variety of human cell lines. To further assess this drug, we will soon begin a phase I study of UCN-01 and fludarabine in patients with relapsed and refractory indolent lymphomas.

Dr. Wilson received his B.A. and M.S. in biology from Stanford University in 1975. In 1981, he received his Ph.D. in neurobiology and M.D. from Stanford, and he completed residency training in internal medicine at Stanford in 1984. From 1984 to 1987, he was a clinical associate in the Medicine Branch, NCI, where he completed a fellowship in medical oncology. Dr. Wilson was special assistant to the director, Division of Cancer Treatment, NCI, from 1988 to 1995. In 1995, he joined the former Medicine Branch as a senior oncologist.