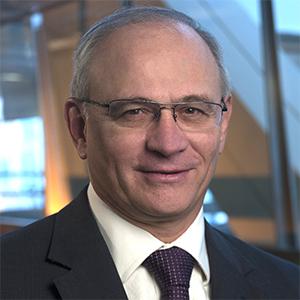 For the past three decades, researchers in the Human Biochemical Genetics Section have studied rare disorders and discovered new diseases, employing the disciplines of biochemistry, cell biology and genetics. These pursuits have involved both clinical investigation and basic research.

Since 2010, the section has been a training ground for world experts in the clinical aspects of cystinosis, alkaptonuria, Chediak-Higashi disease, Hermansky-Pudlak syndrome (HPS), gray platelet syndrome, Hutchinson-Gilford Progeria syndrome, GNE myopathy, albinism, autosomal recessive polycystic kidney disease, Joubert disease and other ciliopathies, and Erdheim-Chester disease. In aggregate, more than 500 patients with these very rare disorders have been evaluated in just the past five years to accrue cross-sectional and longitudinal data on the natural histories of these diseases for use in future interventional studies. Section investigators and collaborators have already obtained Food and Drug Administration approval for oral and topical cysteamine for nephropathic cystinosis. They have completed clinical trials of the TGF-beta inhibitor; pirfenidone, for the pulmonary fibrosis of HPS; and nitisinone, for the ochronosis of alkaptonuria. Nitisinone blocks the production of homogentisic acid, which accumulates in alkaptonuria and forms polymers that bind to and destroy connective tissue. Ongoing therapeutic trials address mitochondrial and oxidation-reduction disorders using an investigational drug (EPI-743), the histiocytosis of Erdheim-Chester disease using dabrafenib and trametinib, the myopathy of cystinosis using recombinant human growth hormone, and GNE myopathy using N-acetylmannosamine. This sugar is an intermediate in the sialic acid synthetic pathway distal to the block in sialic acid synthesis that constitutes the basic defect in GNE myopathy; sialic acid is necessary for muscle function because it interacts with the critical muscle protein, alpha-dystroglycan. All of the patients involved in these investigations are enrolled in one of 10 active institutional review board-approved clinical protocols managed by the section.

Another goal pursued by researchers in the section has been to discover the causes of genetic diseases. Over the years, section members have defined the basic defects in cystinosis, Salla disease, infantile free sialic acid storage disease and sialuria, and have identified the genes responsible for Hartnup disease, 3-methylglutaconic aciduria type III, HPS-2, HPS-3 and HPS-9. The gene responsible for HPS-9, PLDN encodes pallidin, a member of an eight-protein complex called BLOC-1 (Biogenesis of Lysosome-related Organelles Complex-1). Pallidin interacts with the early endosomal t-SNARE called syntaxin-13, which is one of the proteins responsible for membrane interactions that form new vesicles out of existing membrane compartments. In HPS, membrane vesicles such as melanosomes in melanocytes, which form pigment, and dense bodies in platelets, which help clot blood, do not form properly. In HPS-9, the deficiency of pallidin impedes interaction with syntaxin-13, explaining the failure to form appropriate vesicles.

Recently, basic researchers in the section identified NBEAL2 as the gray platelet syndrome (GPS) gene. GPS platelets have no alpha granules, which store proteins necessary for platelet aggregation and clotting. The NBEAL2 protein functions in intracellular vesicle formation and trafficking, presumably by interacting with other proteins such as WDFY3, DLL1 and jagged 1, which play roles in hematopoiesis. The discovery of the genetic basis of GPS should help elucidate how alpha granules are formed.

Section investigators are also heavily engaged in the NIH Undiagnosed Diseases Program (UDP), an initiative that Dr. Gahl established in 2008 and that embodies the Section's philosophy of exploration. The UDP phenotypes patients with potentially new diseases, identifies candidate disease-causing genes using single nucleotide polymorphism (SNP) arrays and exome sequencing, and pursues functional evidence that the mutation causes the disease. The program has spearheaded the discovery of a new disease of vascular calcification called arterial calcification due to deficiency of CD73 (ACDC) and the associated calcification-inhibiting pathway of adenosine signaling in vascular endothelial cells. The group has also shown that some patients with elevated 1,25-dihydroxy vitamin D have nephrocalcinosis or nephrolithiasis due to biallelic mutations in CYP24A, the gene encoding the 24-hydroxylase that inactivates vitamin D. Other discoveries include identification of the second and third known patients in the world with congenital disorder of glycosylation 2b, in which glycoproteins fail to properly acquire their carbohydrate moieties. Among the many manifestations of this disease is hypogammaglobulinemia, in which immunoglobulins lack the glycans that impede degradation; nevertheless, affected patients do not get viral infections because viruses need glycans on their own glycoproteins in order to replicate and produce secondary infections.

Section members also helped to describe the first patient with biallelic mutations in AFG3L2causing combined spinocerebellar ataxia 28 and hereditary spastic paraplegia 7; the oldest patient reported with spinomuscular atrophy with respiratory distress (SMARD1); and the first American patient with deficiency of CHST14, encoding a dermatan sulfate 4-sulfotransferase and causing adducted thumb-clubfoot syndrome. Technical advances have included the development of whole exome sequence filtering programs for small families, considerably reducing the number of candidate genes under consideration, a method to determine the percentage of mosaicism in a genome, and a program to create a family-specific reference genome to reduce false positive and false negative variants created by incorrect short-read alignments. Investigators have diagnosed more than 60 patients with very rare genetic disorders and have identified candidate genes for approximately 50 new diseases. At least three new IRB-approved protocols have arisen from the effort.

The success of the UDP has prompted the NIH Common Fund to designate $145M through fiscal year 2020 to create an Undiagnosed Diseases Network (UDN) of six extramural UDN sites at medical centers throughout the country. The expanded network includes a coordinating center to share de-identified phenotypes and sequence variants, and support for gene function studies. A major component of the UDN involves the training of medical genomicists for rare disease diagnostics using next-generation sequencing analysis. The section is heavily engaged in creating curricula for this training. Dr. Gahl is currently organizing an international conference to bring together similar programs around the world and to further advance rare disease diagnostics and new disease discovery.

Dr. William A. Gahl earned his B.S. in biology from the Massachusetts Institute of Technology in 1972 and his M.D. from the University of Wisconsin in 1976. He obtained a Ph.D. degree in oncology research from Wisconsin's McArdle Laboratories for Cancer Research in 1981 and served as pediatric resident and chief resident at the University of Wisconsin hospitals from 1976-80. In 1984, he completed clinical genetics and clinical biochemical genetics fellowships at the NIH's Interinstitute Medical Genetics Training Program, which he directed from 1989 to 1994. Dr. Gahl's research has focused on the natural history of rare metabolic disorders and the discovery of new genetic diseases. He elucidated the basic defects in cystinosis and Salla disease, i.e., deficiencies of the lysosomal membrane transporters that carry cystine and sialic acid, respectively, out of the lysosome.

Dr. Gahl also demonstrated effective therapy for nephropathic cystinosis, bringing cysteamine to new drug approval by the Food and Drug Administration. His group described the natural history of Lowe syndrome, alkaptonuria, autosomal recessive polycystic kidney disease, Chediak-Higashi disease, GNE myopathy, and Hermansky-Pudlak syndrome (HPS), a disorder of oculocutaneous albinism, bleeding, and pulmonary fibrosis. His lab discovered the genetic bases of gray platelet syndrome, Hartnup disease, arterial calcification due to deficiency of CD73, 3-methylglutaconic aciduria type III, 3 types of HPS, and neutropenia due to VPS45 deficiency. He has published more than 450 peer-reviewed papers and trained 42 biochemical geneticists. He established American Board of Medical Specialties certification for medical biochemical genetics. He served on the board of directors of the ABMG and ASHG, as president of the Society for Inherited Metabolic Disorders, and was elected to the American Society for Clinical Investigation and the Association of American Physicians.

Dr. Gahl received the Dr. Nathan Davis Award for Outstanding Government Service from the AMA, the Service to America Medal in Science and the Environment, and numerous other awards.