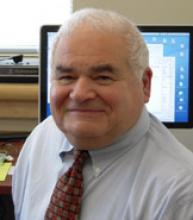 The Mucosal Immunity Section (MIS) conducts a broad spectrum of studies onthe immune system governing the mucosal surfaces. Over the years, Section led by Warren Strober have gained prominence for studies of basic mechanisms of the mucosal immune response and diseases resulting from disorders of these mechanisms.

In one major area of study, Section scientists have made extensive use of experimental models to understand the complex cellular and molecular events governing mucosal inflammation. This pathway of research has led to new insights into the effector and regulatory mechanisms at play during gastrointestinal inflammation and to the development of new approaches to the treatment of human mucosal diseases such as Crohn’s disease and ulcerative colitis. Within this area of research, they conducted groundbreaking clinical studies showing that Crohn’s disease, in that it is a Th1/Th17-based mucosal inflammation, can be treated with anti-IL-12p40; as a result, this antibody is now being used to treat Crohn’s disease, especially those patients that fail anti-TNF-α therapy. In related studies, Section scientists showed that a model of ulcerative colitis developed in the Laboratory, oxazolone colitis, is driven by Type II NKT cells producing IL-13 and can be successfully treated with an agent that blocks IL-13 signaling. This has led to studies showing that colonic tissue in ulcerative colitis produce increased amounts of IL-13 and thus this form of mucosal inflammation can potentially be treated with IL-13 Inhibitors.

In more basic studies, Section scientists have focused on the molecular basis of mucosal inflammation occurring in Crohn’s disease. In this arena they have shown that NOD2, an innate sensor, regulates mucosal innate immune responses and that loss-of-function polymorphisms in the NOD2 gene that cause increased risk for Crohn’s disease compromise this regulation and lead to excessive Th1/Th17 cytokine production. In parallel studies focusing on another risk polymorphism, Section scientists have defined the mechanism by which gain-of-function polymorphisms in the LRRK2 gene cause Crohn’s disease and have shown that inhibition of LRRK2 function down-regulates experimental colitis.

Finally, the MIS also has a substantial commitment to the study of immunodeficiency, particular as the latter occurs in common variable immunodeficiency (CVID). In this area of research Section scientists led by Ivan Fuss have spear-headed studies and have made major contributions to the understanding of GI enteropathy and liver disease occurring in CVID.

The briefly described research mentioned above is the context for the MIS success in training research-oriented immunologists, many of whom have subsequently become leaders in mucosal immunity. Section fellows are given well-defined and independent projects that very frequently lead to major new findings in mucosal immunity.

Dr. Strober obtained his medical degree from the University of Rochester and completed an internship and residency at Strong Memorial Hospital. He has served as NIAID deputy scientific director and as the interim scientific director of the National Institute of Arthritis and Musculoskeletal and Skin Diseases.

Dr. Strober is a leader in the study of mucosal antibody responses, oral tolerance, and gastroenterological diseases caused by immunologic abnormalities. His discoveries concerning the mucosal immune system have formed the basis of our knowledge of IgA B cell development and the mechanisms of mucosal inflammation.

Dr. Strober is the recipient of numerous awards, including the Distinguished Achievement Award of the American Gastroenterological Association and the PHS Distinguished Achievement Medal. In addition, he has been awarded an Honorary Doctorate from the Humboldt University, Berlin. Dr Strober has provided leadership to the scientific community as chair of the American Board of Allergy and Immunology and as president of the Society for Mucosal Immunity.