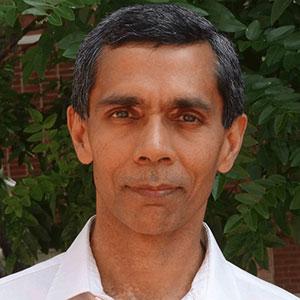 The ultimate goal of our research is to predict quantitatively the effects of therapeutic interventions in human disease.

Biology is complex. For example, diabetes is the end result of a long process of increasing insulin resistance culminating in an inability to produce sufficient insulin to keep glucose levels under control. This increasing insulin resistance is the result of several interacting processes that are still being sorted out, such as increasing fat mass and increasing mitochondrial dysfunction. At the cellular level, at the organ level and at the whole body level, predictive models of this dysfunction are important to integrate different scales in space and time into a coherent whole. New technologies provide increasingly detailed data on underlying biological signaling networks. Extracting predictive models of disease causes from such large-scale data directly is a difficult but essential problem in modern biology. The goal of our research is to deduce data-driven unbiased mathematical models that can be used to help find interventions that can guide therapy for complex diseases.

Reactive oxygen species (ROS) have been shown to have tissue-damaging effects that underlie many disease complications, including those associated with diabetes, Parkinson's, Alzheimer's, and atherosclerosis (Brownlee, 2005). This oxidative stress is thought to result from an organism's inability to detoxify and repair damage at the same rate that ROS are produced. On the other hand, it should be noted that ROS signaling is important in cellular functioning. In mitochondria, where ROS (e.g., superoxide) are produced through a process that is very sensitive to the proton motive force, oxidative stress is prevented by scavenging enzymes (e.g., MnSOD) and uncoupling proteins (e.g., UCP2). Details of this regulation in mitochondria are still being established. The interplay between nutrient sensing and ROS signaling is complex, and the goal of our research is to mathematically model the relevant pathways to understand the deleterious aspects of this interplay as it relates to the metabolic syndrome and obesity.

Our overall goal is to understand how adipose tissue dynamics are related to insulin resistance and diabetes. Adipose tissue grows by two mechanisms: hyperplasia (cell number increase) and hypertrophy (cell size increase). How do genetics and diet affect the relative contributions of these two mechanisms to the growth of adipose tissue in obesity? We are particularly interested in investigating the role played by insulin-sensitizing agents such as thiazoledinediones in altering the development of adipocytes. We chose to investigate this dynamic behavior by mathematically modeling the changes in cell size distributions in adipose tissue over time under several conditions, since this will provide a global view of cell size dynamics as adipocytes accumulate lipids and move from small sizes to maturity.

This page was last updated on Thursday, September 1, 2022