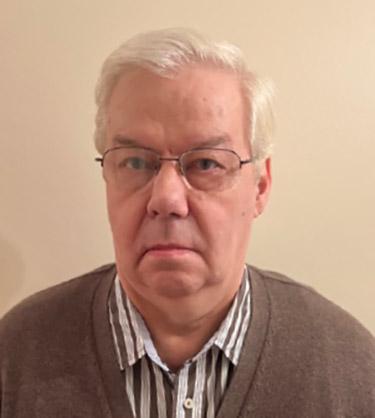 p53 Response Elements in the Human Genome: Sequence and Structural Analyses in the Context of Chromatin

The tumor suppressor protein p53 mediates the transcription of ~2000 human genes, serving either as activator or repressor. Is it possible to understand the major differences between these two p53 operational modes, based on simple stereochemical principles? How are the p53 sites distributed in various genome regions (e.g., promoters, introns, intergenic regions)? To address these questions, we have used several approaches, including stereochemical analysis, Iodine-125 radioprobing, and various bioinformatics tools.

Our genome contains ~2,000,000 potential p53 binding sites, ~50,000 of which have been detected experimentally. Unexpectedly, more than 50% of these sites are incorporated in transposons, predominantly Alu repeats. Among them are well-known p53 sites in the genes BAX, CASP6, Cyclin G, 14-3-3 Sigma and Killer/DR5, genes known to be critical for induction of apoptosis and cell cycle arrest.

Up- and down-regulation seems to be dependent on the length of the DNA spacer, S, separating two consensus decamers, RRRCWWGYYY in the p53 sites. The sites with S = 0 occur mostly in the vicinity of genes up-regulated by p53, while the sites with S = 3 bp are found close to the down-regulated genes. This observation is important from an evolutionary point of view, because 60-70% of all the sites with S = 0 and 3 bp are imbedded in transposons. A stereochemical model for the tetrameric p53-DNA complex will be presented, accounting for such a difference between the p53-induced transactivation and repression. A critical feature of the model is the p53-induced DNA bending and twisting analogous to the deformations observed in nucleosomes.

The p53 tetramer exhibits high binding affinity to its response elements associated with cell cycle arrest (CCA-sites), but low affinity to those associated with apoptosis (Apo-sites). This difference cannot be explained solely by the p53-DNA binding constants measured for free DNA. Therefore, we examined whether the long-range genomic environment of the p53 sites is relevant to the differential p53-DNA binding. Contrary to our naive expectations, we found that that the "weak" Apo-sites are clustered around the transcription start sites (TSS) of the target genes and located within high GC regions (~65% GC), while the "strong" CCA sites are scattered further away from the corresponding TSS and located within moderate GC regions (~45% GC). Comparing these distributions with those for the nucleosome positioning sequences, we conclude that stable, positioned nucleosomes are likely to form near the CCA sites, but not near the Apo sites. Thus, the different nucleosomal organization of the two sets of p53 response elements may be a key factor affecting p53-DNA binding (increasing, in agreement with experimental results, the p53 affinity to the CCA sites and decreasing its affinity to the Apo sites).

Dr. Zhurkin obtained his Ph.D. in molecular biophysics from the Moscow Physico-Technical Institute, and D.Sc. degree from the Lomonosov Moscow State University (Russia), and continued his research on DNA conformational mechanics in the Engelhardt Institute of Molecular Biology (Moscow, Russia). Since 1989, he has been at the National Cancer Institute, where he has studied structural aspects of the protein-DNA interactions in large nucleoprotein assemblages such as nucleosomes, the Gal-repressosome, recombination filaments, transcription elongation complexes, and a tetrameric p53-DNA complex.