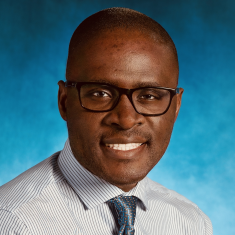 Mammalian cells are endowed with a number of tightly regulated pathways that provide efficient DNA repair in response to internal or external agents that cause chromosomal or genomic damage. Issues in DNA repair processes or the accumulation of mutation loads can lead to a broad range of human diseases, including those related to immune deficiency, cancer, inflammation, aging and developmental disorders affecting the nervous system.

Preventing genomic instability (the tendency for DNA mutations to occur during cell division) is important for development, health and survival. Mounting evidence points to an emerging dialogue between genomic stability and metabolic pathways.

We have previously demonstrated that mitigation of reactive oxygen species (ROS) reduced the severity of the major features of Ataxia Telangiectasia disease (A-T). Recently, we published the first comprehensive studies demonstrating that mice lacking DNA repair histone H2AX experience oxidative stress, due to the repression of NRF2-regulated antioxidant genes, and to dysfunctional mitochondria. In a parallel study, we unveiled a novel role for histone H2AX in epithelial to mesenchymal transition and metastasis.

1. Investigate the relationship between DNA repair responses and metabolic pathways in solid tumors

There is increasing evidence that ATM controls several important metabolic pathways, including mitochondrial respiration, the pentose phosphate pathway, and redox homeostasis, all of which help metastatic cancer cells survive in nutrient-poor tumor microenvironments. Notably, metastatic breast cancer cells have been demonstrated to heavily rely on these pathways.

However, there are major gaps in our understanding of how ATM controls various metabolic pathways. Filling these gaps will open up new strategies for targeted therapies so desperately needed to treat highly metastatic cancers.

Cells with defects in DNA repair exhibit significant alterations in genes involved in mitochondrial biogenesis as well as impaired energy metabolism due to higher levels of PARylation and subsequent depletion of NAD+ following DNA damage.

Notably, the combined effects of changes in mitochondrial activity and increased genomic instability during aging create an environment prone to the development of a wide range of neurodegenerative disorders, including Alzheimer’s and Parkinson’s diseases. In addition, this combination is particularly prominent in metastatic cancer cells.

We are using metabolism-centered CRISPR screens to access how genomic stability controls mitochondrial homeostasis and how this process can promote cancer cell survival.

He then trained as a postdoc with Dr. William M. Bonner at the National Cancer Institute, focusing on redox homeostasis and genomic instability in cancer. He later joined the Johns Hopkins University School of Medicine in 2016 where he worked under the mentorship of Dr. Solomon H. Snyder. At Johns Hopkins, his work unveiled a novel role for the DNA repair histone H2AX in neuronal health and mitochondrial homeostasis.

Dr. Weyemi joined the University of Texas at Austin in 2020 as an assistant professor and a CPRIT scholar in the Department of Molecular Biosciences, where he established an independent research group. He was selected as one of the 16 American Sloan Research Fellows in Neuroscience in 2021 for his research on the role of genomic instability and mitochondrial dysfunction in neurodegeneration. Dr. Weyemi joined the Developmental Therapeutics Branch in 2022 as a NIH Stadtman Investigator.