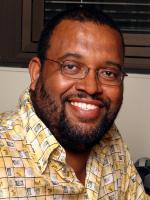 Transcriptional Functions of Nuclear Receptors in Cancer Cells
Breast cancer will constitute greater than 30% of all new cancers diagnosed in women this year. Steroid hormones, such as estrogen and progesterone, play an important role in the development and treatment of breast cancer. These receptors represent critical sensors of environmental exposures on reproduction and development while being subject to epigenetic regulation of their activity. In my laboratory, the scientists have undertaken detailed analysis of the mechanism of action of the steroid receptors and clinically important steroid receptor antagonists which are used to block their action. Our experiments are focused on the role of chromatin and epigenetics that are critical to understanding their function. It is hoped that these basic research studies will provide new insight into the role that nuclear receptors play in breast cancer and the potential development of novel and effective treatments.

As major determents of homeostasis and development, nuclear receptors are important targets for environmental endocrine disruptors that have many human health consequences. Consequently, a molecular description of the mechanism of action of these receptors will provide a precise underpinning to evaluate their physiological and clinical impact with a specific relevance to breast cancer. Our efforts are informed by the overwhelming evidence that a full understanding of transcriptional control requires an appreciation for roles played by the chromatin structure of target genes and the molecular machines that are required to unleash the regulatory potential of steroid receptors. To achieve this goal, we focus our attention on the mammalian BRG1 chromatin remodeling complex and the 26S proteasome, their interactions with and regulation by the glucocorticoid and progesterone receptors. The activity of these complexes is evaluated in the context of the chromatin with an emphasis of chromatin structure and the phosphorylation/acetylation/methylation of the core and linker histones.

In addition, research in my group examines the fundamental nature of human embryonic stem cells by characterizing the chromatin remodeling and chromatin modifying complexes that are present in these cells. This is complimentary analyses of master regulatory proteins Oct4, Sox2 and Nanog, along with the enhancer landscape and epigenetic targets that underlie the biological program for stem cells. The nature of many of our models, mice, human breast cancer cells and embryonic stem cells, is indicative of our active interest in normal development and disease with a breast cancer focus. Our research plan discovers and evaluates how chromatin remodeling proteins, 26S proteasome, nuclear receptors, pluripotency factors, miRNAs and promoter chromatin architecture make to regulate the transcriptional response to endogenous and environmental signals in normal, embryonic, and cancerous cells.

Dr. Archer received a Ph.D. in Biochemistry in 1987 at Queen's University, Kingston, Ontario, Canada, after which he did postdoctoral training on chromatin gene transcription and steroid receptors at the National Cancer Institute, in Bethesda. In 1992, Dr. Archer joined the University of Western Ontario in Canada, as a National Cancer Institute of Canada Scientist. Dr. Archer was recruited to the NIEHS in 1999 as head of Chromatin Structure and Gene Expression. Subsequently Dr. Archer was appointed as Chief, Laboratory of Molecular Carcinogenesis in February 2003. In 2014 Dr. Archer became the founding chief of the new Epigenetics and Stem Cell Biology laboratory at NIEHS. Dr. Archer has made numerous original and important contributions to the study of chromatin structure/function, epigenetics, and gene transcriptional regulation in breast cancer cells while publishing ~120 peer reviewed manuscripts.

This page was last updated on November 1st, 2019