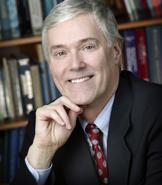 HIV/AIDS is a global pandemic with 34 million individuals living with HIV infection worldwide. The objectives of this project are to define the unique epidemiological, clinical, virologic, and immunologic features of HIV infection in developing countries, to determine the viral kinetics associated with sexual transmission, and to characterize the molecular strains of HIV internationally for infectiousness and progression of disease. We previously reported the successful results of a randomized clinical trial of circumcision to prevent HIV acquisition among 4,996 men in Uganda, with a report efficacy of 51 percent. Five years after the trial was completed, overall HIV incidence in Rakai was 0.50/100 person years in circumcised men and 1.93/100 person years in uncircumcised men, for an adjusted effectiveness of 73 percent. There were no significant differences in sociodemographic characteristics and sexual behaviors between controls accepting male circumcision and those remaining uncircumcised. It is therefore evident that male circumcision results in high community effectiveness for HIV prevention and remains a very important intervention in controlling HIV.

We have also shown that among HIV-negative men in the above trial, male circumcision decreases high-risk human papillomavirus (HR-HPV) prevalence. The reduced HR-HPV prevalence by male circumcision is due to decreased incidence and increased clearance. In addition, male circumcision reduced HR-HPV prevalence and the incidence of multiple HR-HPV infections in HIV-positive men. The reduced acquisition and increased clearance of HR-HPV among circumcised men likely has benefits for female partners. Among female partners of circumcised men in a randomized controlled trial, we found that circumcision of HIV-negative men reduces HR-HPV prevalence by 28 percent, reduces HR-HPV incidence, and increases HR-HPV clearance in female partners. However, contrary to findings in HIV-uninfected men, male circumcision of HIV-infected men did not affect HR-HPV transmission to female partners. Penile and cervical cancer rates are highest in sub-Saharan Africa. However, little is known about HPV infection among heterosexual men. The burden of HPV infection is high, with prevalence at 90.7 percent among HIV-positive men and 60.9 percent among HIV-negative men. HR-HPV incidence is also twice as common among the HIV-infected men. HR-HPV incidence was higher in the unmarried population and decreased with age. In addition, the association between HPV infection and HIV seroconversion risk is unclear, and the genital cellular immunology has not been evaluated. Thus, we conducted a case-control analysis nested within a male circumcision trial and found that HPV clearance was associated with subsequent HIV seroconversion. HPV infection was associated with increased epidermal dendritic cell density that potentially mediates HIV seroconversion.

The introduction of HIV antiretroviral medication (ARVs) in Africa has resulted in substantial reductions in morbidity and mortality. However, ARV programs have encountered many challenges, some of which are similar to those observed in North America and some of which differ, including the availability of ARV regimens, widespread use of nevirapine for prevention of mother-to-child HIV transmission, and the presence of non-B HIV subtypes. This project is studying the impact of ARVs on community-level incidence in the Rakai Community Cohort Study in Uganda, the impact of ARVs on HIV transmission among HIV discordant couples, the impact of immunologic monitoring and potential delays in detecting virologic failure on genotypic antiretroviral resistance, and the role of suppressive acyclovir therapy in HSV-2/HIV-1 co-infected individuals on HIV-1 disease progression. We are currently evaluating the impact of ARVs on HIV incidence among HIV discordant couples. We followed 250 HIV-1 discordant couples between 2004 and 2009. During this period, 32 HIV-1-positive partners were initiated on ARVs when they met immunologic criteria for initiation of therapy. There were 42 HIV-1 transmissions prior to ARV initiation, with an incidence of 9.2/100 person years. In the 32 couples in which HIV-1 index partners started ARVs, no HIV-1 transmissions occurred while on ARVs. We continue to scale up treatment of discordant couples and have yet to document any transmissions among couples who have started antiretroviral therapy. Data from this study as well as others demonstrate that antiretroviral therapy reduces the risk of HIV transmission among HIV-1 discordant couples.

HIV superinfection has been described in a number of populations, but its frequency and its clinical relevance remain unknown. We designed and tested a next-generation sequencing protocol to identify HIV superinfection by targeting two regions of the HIV viral genome: p24 and gp41. Mixing control samples infected with HIV subtypes A or D at different ratios to determine the inter- and intra-subtype sensitivity validated the method. This amplicon-based protocol was able to consistently identify distinct inter-subtype strains at ratios of 1 percent and intra-subtype variants at 5 percent. Using this novel next-generation ultradeep sequencing technique, we found that the rate of superinfection was 1.44 superinfections per 100 person years. This was compared to primary HIV incidence in 20,220 initially HIV-negative individuals in the general population in same region of Uganda (1.15 new HIV infections per 100 person years). These two rates were not significantly different, indicating that HIV superinfection occurs at a rate similar to primary HIV infection. These findings, suggesting that superinfection is a relatively frequent event, have substantial implications for HIV prevention, clinical management, and future vaccine development. The significance of these studies is that they provide important epidemiologic, clinical, virologic, and immunologic knowledge of HIV infection in developing countries, which can be used to monitor future trends of the epidemic and develop behavioral and biological interventions to prevent further transmission.

We have developed a website, www.iwantthekit.org, to offer sampling in Maryland and limited other areas in the United States for chlamydia screening. 4,000 women and over 1,500 men have been screened using self-obtained vaginal swabs or self-obtained penile-meatal swabs at home, which were reported to be highly acceptable. Prevalence for chlamydia has been 7.9 percent overall in women and 15.3 percent in young women (15 to 19 years old). Being young and being black were statistically associated with chlamydia positivity. For men, the overall prevalence has been 7.9 percent. Initially, over 21 percent were positive for at least one STD, with acceptance for collecting penile swabs being very high. Since 2009, when we started offering a rectal self-collection kit, the prevalence of chlamydia in 508 women has been 9.4 percent and 6.9 percent in 231 men.

We participated in surgical and antibiotic treatment intervention studies in Ethiopia, Niger, and Tanzania in efforts to control trachoma, the most common infectious cause of blindness worldwide. To determine whether infection recurs, we re-examined individuals in Tanzania five years after initiation of the program. Treatment coverage was 80 percent for all ages in the first year, although coverage 18 months later was lower, at 70 percent. At five years, clinical trachoma rates were still lower than at baseline, from 45 percent compared to 81 percent at baseline. After each of three years of mass treatment, the prevalence of trachoma decreased in a linear fashion, and decreased prevalence of C. trachomatis infection was related to the extent of the previous year’s azithromycin coverage. Our model suggests that, for communities with baseline trachoma prevalence of 50 percent and annual treatment coverage of 75 percent, more than seven years of annual mass treatment will be needed to reach a trachoma prevalence of less than 5 percent. In a sub-study of the Tanzania program, all children under 9 years old in four villages, 1,991 in total, were followed from baseline pre-mass treatment to six months post-treatment. Baseline infection was 23.7 percent and at six months was 10.4 percent, despite 95 percent coverage. Infection at baseline was positively associated with infection at six months (OR = 3.31, 95%CI 2.40-4.56) and treatment had a protective effect (OR = 0.45, 95%CI 0.25-0.80). Those two to four years old had an increased risk of infection at six months. The household characteristics predictive of infection at six months were increasing number of children infected in the household at baseline and increasing number of untreated children in the household.

We also studied the ancillary benefits of azithromycin in affecting chlamydia, gonorrhea, malaria, respiratory infections, and diarrhea. The prevalence of genital infections caused by C. trachomatis was 4.2 percent at baseline before therapy in the mass therapy villages and 2.2 percent in the control villages. Mass therapy with azithromycin for trachoma in the intervention communities decreased both chlamydia and gonorrhea prevalence below baseline at one month and at six months. We plan to continue the mass treatment of villages in Tanzania to determine the frequency of treatment in relationship to control of ocular infections.