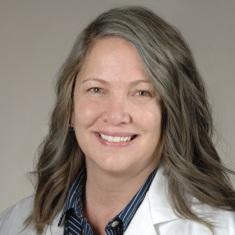 Dr. Armstrong’s research group, comprised of trans-disciplinary research staff and trainees including research fellows, post-doctoral fellows, post-baccalaureate fellows, and research associates, brings a translational research approach representing various aspects of patient outcomes research to the Neuro-Oncology Branch through preclinical, observational and interventional studies. Previous studies have shed light on the heavy symptom burden on patients with CNS tumors, which can then lead to functional limitations with significant societal, social, emotional and financial impacts on their lives.

The first set of studies within Dr. Armstrong’s program focuses on improving understanding of the natural history and outcomes by enrolling every patient that consults with the branch into a Natural History Study (NHS). Results from this study allow the tracking of each patient’s disease trajectory along with obtaining longitudinal clinician-assessed and self-reported data on symptoms and functions. A standardized collection of patient-reported outcomes are also included in every clinical trial within the Neuro-Oncology Branch, ensuring that the patient perceived clinical benefit of all therapeutic trials can be measured. Finally, this project also includes the integration of strategic interventions in the form of wearable technologies, mobile application development, and use of technology to deliver interventions to combat issues such as scan anxiety or sleep distress and aid self-management of symptoms.

The second broad project within Dr. Armstrong’s research program explores the identification of clinical and genomic predictors of toxicity. Her previous studies have shown that single-nucleotide polymorphisms can be associated with risk of certain therapeutic-related toxicities occurring with temozolomide use or hypersomnia caused by radiation therapy. Development of mouse models to recapitulate radiation-induced hypersomnia (RIH) to elucidate their biologic correlates and study circadian rhythms is an additional aim of this work that may eventually improve outcome in patients. To further this second project, Dr. Armstrong co-leads the NCI-CONNECT program with Dr. Gilbert, the mission of which is to advance the understanding of twelve rare adult CNS cancers by establishing and fostering patient-advocacy-provider partnerships and networks to improve approaches to care and treatment. The primary objective of NCI-CONNECT is also to identify clinical and genomic factors associated with the risk of developing the respective toxicities in patients.

Dr. Armstrong’s research program seeks to gain a better understanding of how a patient feels and functions through their disease trajectory and can have a significant impact on patients with CNS tumors and their caregivers, how a clinician may better time therapeutic intervention for maximal benefit, and finally, how this will improve long-term care for this subset of patients.

Dr. Armstrong obtained her Bachelor of Science in Nursing from the University of Akron in Ohio, a Master of Science in Oncology from Ohio State University, a Postmaster’s Nurse Practitioner Certificate and was soon after introduced to the field of Neuro-Oncology. Realizing that her passion lay in understanding disease burden for patients and their caregivers, she became an instructor and adjunct faculty member at Emory University, where her experience drove her to later pursue a Ph.D. to eventually lead an independent research program. Dr. Armstrong remained an advanced practice nurse and adjunct faculty member at the University of Texas MD Anderson Cancer Center while working on her advanced degree. Upon completion she joined the faculty at the University of Texas Health Science Center while maintaining an adjunct position at MDACC as an Associated Professor. She was awarded the John S. Dunn Distinguished Professorship in Oncology Nursing in 2012, followed by tenure.  In 2016, joined the NIH Neuro-Oncology Branch as a Tenured Senior Investigator and later became Deputy Branch Chief of NOB in 2018.

In addition to her Deputy Chief role at NOB, Dr. Armstrong has served on several NIH and Professional committees, including past Vice President of the Society for Neuro-Oncology and has served multiple positions on SNO’s Board of Directors. And current elected member and chair of the CCR Women Scientist Advisors.  She is currently the Executive Editor for Neuro-Oncology Practice and former Associate Editor for several journals such as Neuro-Oncology.  She is licensed to practice as a clinician in Maryland. Her work is highlighted by an impressive track records of awarded grants, the most prestigious of which are received from the CERN foundation and the National institute of Nursing Research R01-funded grant prior to joining the NIH, and a Beau Biden Cancer Moonshot Grant received in 2017 that provided the funding for the NCI-CONNECT (Comprehensive Oncology Networks Evaluation Rare CNS Tumors) program.