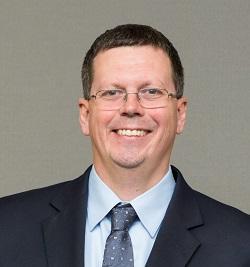 Flaviviruses are small RNA viruses responsible for considerable morbidity and mortality worldwide. Flaviviruses are endemic to and cause disease in many regions of the globe that support their vectors. Each year, dengue virus (DENV) alone results in an estimated 390 million infections. Flaviviruses also have considerable potential for emergence and explosive transmission as evidenced by the introduction of West Nile virus (WNV) and Zika virus (ZIKV) into the Western hemisphere during the past twenty years. The re-emergence of yellow fever virus (YFV) in Africa and South America is also alarming. Fortunately, vaccines have proven effective at blunting the impact of flaviviruses on public health. Human vaccines are available for YFV, Japanese encephalitis virus (JEV), tick-borne encephalitis virus (TBEV), and DENV. Neutralizing antibodies (NAbs), which bind to the surface of the virus to directly inhibit infectivity, are a correlate of protection for many of these vaccines. Complicating an understanding of humoral immunity to flaviviruses is the potential for virus-reactive antibodies to augment infection of Fc-receptor (FcR) expressing cells. This mechanism, called antibody-dependent enhancement of infection (ADE), has been linked mechanistically to severe clinical manifestations of DENV infections. Therefore, a DENV vaccine must simultaneously elicit protection against four different groups of viruses, referred to as serotypes, that while antigenically related, share only some of the epitopes that may contribute to protection. Critically, a vaccine cannot sensitize the recipient to the more severe clinical manifestations of disease. Efficacy studies of the first licensed tetravalent DENV vaccine raised important questions about the role of NAbs in protection from infection and how to measure protective responses in clinical trials. A goal of the Viral Pathogenesis Section (VPS) is to understand the interactions of antibodies and flaviviruses in quantitative and mechanistic terms and to apply the resulting concepts to understand polyclonal antibody responses elicited by infection or vaccination.

Mechanisms of antibody-mediated neutralization
To understand how flaviviruses are neutralized by antibodies and the circumstances that contribute to ADE, we investigate the stoichiometric requirements of neutralization (how is neutralization governed by the number of antibodies bound to the virion?). This quantitative reductionist background provides an invaluable perspective from which to explore factors that modulate neutralization potency, including host components (such as Fc-receptor expression, subtype, and density), and cellular and viral factors that impact viral epitope exposure on the densely arranged envelope proteins of the virion. Beyond an understanding of the functional consequence of antibody binding, our approaches provide powerful tools to probe virus structures beyond those revealed by current structural approaches.

The impact of virion maturation on the biology and antigenic structure of flaviviruses
Flaviviruses assemble on membranes of the endoplasmic reticulum as non-infectious spherical particles that incorporate the pre-membrane (prM) and envelope (E) proteins. During egress from infected cells, these particles undergo a pH-dependent maturation process defined by cleavage of prM by the cellular protease furin, resulting in the formation of a relatively smooth mature virus particle on which E proteins are arranged with a dense herringbone pattern. However, we have shown in multiple contexts that this virion maturation process may be inefficient, resulting in the release of a structurally heterogeneous population of virus particles that retain uncleaved prM protein in varying amounts. Partially mature virions have a mosaic structure of regions of mature-like and immature-like structure; we and others have shown that prM+ partially mature virions may be infectious. Our studies revealed that the prM content of virions markedly impacts sensitivity to neutralization by many classes of antibodies and interactions with cellular attachment factors on target cells. Current efforts are focused on the impact of virion maturation on vaccine immunogenicity and protection from infection.

The structural dynamics of flaviviruses modulate antibody accessibility
Viruses exist as an ensemble of conformations at equilibrium via a process referred to as virus "breathing". The utility of static models of flavivirus structure for developing a detailed understanding of the molecular basis of antibody recognition has been limited in some instances. Many epitopes recognized by NAbs bind epitopes not expected to be accessible on the virion. Using panels of flavivirus-reactive antibodies, we have demonstrated that time- and temperature-dependent patterns of neutralization are common among anti-flavivirus antibodies. The magnitude of changes in potency among flavivirus antibodies correlates generally with the predicted accessibility of an epitope on the mature virus. Our data suggest that the conformational flexibility of E proteins regulates epitope accessibility, presenting a moving target for antibody recognition. Current efforts are focused on the identification of structural features that govern the ensemble of structures sampled by the virion and, in turn, define the antigenic structure of the virus particle.

Deconstructing the polyclonal neutralizing antibody response to arboviruses
The antibody response to flaviviruses consists of type-specific (TS) antibodies that recognize only a single virus type and cross-reactive (CR) antibodies that bind more distantly related flaviviruses. Antibodies may vary significantly with respect to their capacity to neutralize virus infection and protect in vivo. Our efforts have focused on identifying epitopes recognized by antibodies elicited by flavivirus infection and vaccination. The identification of functionally significant epitopes will provide insight into the complexity of the humoral response and features to be included in novel vaccines or therapeutics.

Development of candidate vaccines to protect against Zika virus infection
Our laboratory seeks a fundamental understanding of the antibody response to ZIKV and to apply these insights into the development of ZIKV vaccines and novel diagnostics. We developed high-throughput quantitative measures of antibody-mediated neutralization, established that ZIKV circulates as a single viral serotype, and collaborated with multiple groups on the development of ZIKV vaccine candidates. We have worked closely with intramural colleagues at the NIAID Vaccine Research Center to design and test a candidate DNA vaccine encoding ZIKV structural proteins that has now been evaluated in phase II clinical studies. Current efforts are focused on establishing correlates of protection following vaccination and the development of novel approaches to dissect the functional components of the humoral response to ZIKV vaccination and infection.

Dr. Pierson received his Ph.D. from The Johns Hopkins University School of Medicine in 2001. During his graduate studies with Dr. Robert F. Siliciano, he investigated the molecular biology of the pre-integration state of HIV-1 latency and the contribution of this reservoir toward the persistence of HIV-1 in humans. Dr. Pierson trained as a postdoctoral fellow and research associate with Dr. Robert W. Doms at the University of Pennsylvania, where he developed interests in the virology and immunology of arboviruses, including West Nile and dengue viruses. In 2005, Dr. Pierson was recruited to the Laboratory of Viral Diseases (LVD) to initiate an independent research program focused on flavivirus biology. His laboratory, the Viral Pathogenesis Section, uses quantitative functional approaches to explore fundamental and translational questions related to the structure of flaviviruses, their interactions with cells, and humoral immunity. These perspectives are used to guide the development of vaccines, and techniques for the evaluation of humoral immunity. In 2017, Dr. Pierson assumed the role of chief of LVD. Dr. Pierson is an American Academy of Microbiology Fellow and is a recipient of the NIH Director’s Ruth L. Kirschstein Mentoring Award.