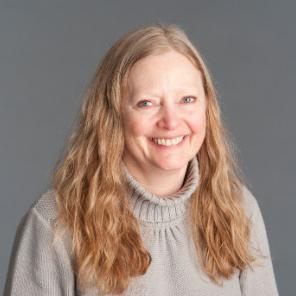 Developmental processes such as axis formation and organogenesis employ regulatory components and interactions that are often also used in normal tissue renewal/homeostasis in the adult organism, as well as contributing to the pathogenesis of disease when aberrantly reactivated. Limb development is a particularly attractive model for unraveling the function and interaction of such regulatory components, because it is very accessible to study and is extremely well conserved between genetic (mouse) and embryologic (chick) model organisms and humans. Mouse genetics have spotlighted many mutations affecting this process, and a wealth of embryologic information from experimental manipulations in chick has uncovered a network of inductive tissue interactions, providing a rich conceptual framework for molecular analysis.

My lab previously identified several transcription factors (homeobox genes and T-box genes) involved in formation and patterning of both the primary embryonic axis and the limb axis in vertebrates. Recently, we have focused on the role of Shh/Gli3 and 5'Hoxd genes in regulating several aspects of limb development, including early digit patterning, as well as condensation and differentiation of cartilage precursors during final morphogenesis of the limb skeleton. We are analyzing the normal developmental function of early transcription factors that regulate digit patterning (Gli3, 5'Hoxd), with the long-term aim of linking regulatory cascades and patterned gene expression to the morphogenesis of specific structures.

A major goal of our research program is the identification of the direct transcriptional targets of these factors to unravel the regulatory networks controlling limb development. Identifying the direct target promoters of developmental gene-regulators will be critical to understand how these regulators function and to link regulatory cascades in developmental genetic programs to the basic cellular processes that drive morphogenesis of anatomic structures. These factors operate in signaling pathways that are used extensively in a number of processes in both the embryo and adult. Thus, understanding how normal transcription programs are regulated during development may also help to decipher abnormal gene expression patterns in tumors and devise new strategies to intercept cellular targets driving tumor cell behavior. Developmental systems also afford an excellent avenue to study complex regulatory circuits designed to ensure the robust functioning of a normal process. The application of systems biology principles to developmental biology promises to reveal the quantitative interrelationships between signaling and regulatory systems necessary to support robust physiological processes, and thereby provide a framework for the interpretation of the pathology (especially cancer) resulting from gross or subtle disturbances in these interrelationships.

Temporal requirements for Sonic hedgehog (Shh) signaling in digit pattern: Sonic hedgehog (Shh) signaling plays key roles in stem cell maintenance, developmental morphogenesis, and cancer pathogenesis. Using the limb as a model for vertebrate organogenesis, we deleted Shh at different developmental times in genetically engineered mice with a conditional, floxed-Shh gene and inducible Cre to determine the temporal requirements for Shh during limb development. Previous models have proposed that Shh acts as a temporally integrated morphogen to instruct digit development by promoting digits from anterior to posterior (A-P) identities over extended time of action. We showed that only very transient Shh activity, for several hours, is required to specify all different digit types (from A to P, thumb to pinky). However, continued activity is required to produce the correct number of 5 digits, and if signaling is prematurely interrupted, fewer, but morphologically normal digits are formed due to reduced cell survival and proliferation. These results suggested dual Shh roles that can be uncoupled: a transient role in directing cell fate and morphogenesis, and a sustained role in promoting growth. To directly test this model of Shh function, we have restored cell survival in Shh mutant embryos after transient Shh expression by concomitant removal of the pro-apoptotic genes Bak/Bax to intercept cell death, in order to rescue the proposed late Shh role. In conditional Shh mutants, Shh removal after a very short activity pulse results in a Shh null phenotype (no digits made) in all embryos retaining one functional copy of Bax (Bax+/-). In contrast, enforced cell survival in Bax-/- sibling embryos rescues normal digit formation in these phenotypically Shh "null" embryos, which form up to 5 correctly patterned digits. Nevertheless, a transient Shh pulse is essential for patterning; complete rescue of cell survival in germline Shh-/- embryos has no effect on the null phenotype. Our results reveal critical Shh roles in regulating growth and morphogenesis that are distinct and temporally separable, and point to 2 different classes of Hedgehog targets that require either transient or continuous signaling for their sustained activation.

Current work is focused on delineating these target classes and learning how Shh induces signaling centers that must operate downstream of Shh to instruct limb morphogenesis. Elucidating Shh function in the context of these differentially regulated target classes will be relevant to Hedgehog signaling in other contexts, such as self-renewal of progenitors, and pathogenesis of tumors and has implications for deciphering and intercepting Hedgehog activity in cancer pathogenesis.

Hoxd gene function in regulating digit pattern and role of Gli3-Hoxd interaction: Digits arise as single chondrogenic condensations in the limb mesenchyme, that produce segments with joints and grow to acquire defining features such as the number, size and shape of their phalanges (segments). The AP pattern of different digits is controlled by posterior Sonic Hedgehog (SHH), in a dose-dependent fashion, but how different levels of Sonic hedgehog (SHH) specify the formation of different digit types (identities) in the developing limb remains unclear. SHH signaling protects the Gli3 transcription factor from cleavage to a repressor form. Without Shh, the Gli3 repressor predominates, SHH/Gli3 target genes are repressed, and digit formation fails. Eliminating Gli3 renders Shh dispensable for digit formation, but distinct, normal digit identities are lost and polydactyly occurs. Several 5' Hoxd genes function downstream of SHH/Gli3 to regulate digit pattern in an additive, semi-redundant manner, through as yet unknown targets.

We have found that Gli3 interacts genetically and physically with 5'Hoxd members, converting Gli3 repressor into an activator of its target promoters. In vivo, this interaction promotes formation of digits with distinct, often posterior identities. Changes due to elevated Hoxd expression are greatly exacerbated by decreased Gli3, yet are reduced or lost in the total absence of Gli3, suggesting a physical interaction between Gli3-Hoxd. Varying [Gli3]:[total Hoxd] protein ratios in different parts of the limb bud may lead to differential activation of Gli3 target genes, serving to spatially and/or temporally extend the SHH activity gradient by altering the balance between "effective" Gli3 activating and repressing functions. This model provides a mechanistic basis for the quantitative, dose-dependent nature of Hoxd gene function in regulating digit pattern and may also have implications for the mechanism by which certain human genetic diseases (PHS, PAP), due to Gli3 mutations producing a constitutive repressor form of Gli3 nevertheless cause polydactyly.

We are currently using a combination of biochemical, cell biological and genetic approaches to analyze the roles and molecular mechanisms of Gli3-Hoxd interaction in mouse embryos. In parallel, ChIP-Seq approaches are being developed to identify direct targets of Hoxd proteins in embryo limb buds. In comparison with Gli3 direct targets, these analyses will illuminate the role of Gli3-Hoxd interactions in gene regulation.

Late Hoxd and Gli3 function in chondrogenesis and joint segmentation: 5'Hoxd gene expression persists long after chondrogenic condensations of the digits have formed in the mesenchyme. 5'Hoxd expression normally shuts off within differentiating condensations, but persists at their periphery in interdigit tissues that have been proposed to act as a late signaling center instructing digit morphogenesis. Sustained Hoxd expression within early condensations during cartilage differentiation phase actually reverses the differentiation program by repressing expression of the early master regulator for chondrogenic differentiation, Sox9. Conversely, the 5'Hoxd13-d12-d11 knock-out has abnormal or absent joint segmentation in the digits. In contrast, Gli3 mutants have a digit phenotype resembling expanded proximal phalangeal joints. Segmentation to produce joints normally initiates by localized reversal of the cartilage differentiation program at the forming joint interzone region in response to canonical Wnt-beta-catenin signaling and we are currently investigating the role of Hoxd and Gli3 genes in this process.

Using mutant mouse models, we have found that 5'Hoxd genes may act indirectly, in a non-cell autonomous fashion, to promote digit joint formation from the interdigit regions. From experimental work in chick, interdigital mesenchyme has been proposed to function as a late signaling center to instruct digit identity and we are testing this model using genetic approaches in the mouse. Our genetic data also support a role for 5'Hoxd-Gli3 balance in regulating and restraining the formation, and perhaps the positioning of digit joints.

Regulation of Notochord fate and function: Brachyury/T is the founding member of the T-box family of transcription factors and plays an essential role in primary mesoderm formation in the primitive streak, and is also highly expressed in the notochord. T mutant mice have axial truncations below the forelimb level and die by E10.5. Because of the severity of primitive-streak related phenotypes, it has been difficult to analyze the contribution of continuing T expression to notochord function.

We have generated a very efficient knock-down model to analyze tissue-specific T function in mouse embryos, using a conditional transgenic short-hairpin RNA (shRNA) activated by Cre-mediated recombination. A Cre line driven by the endogenous Sonic Hedgehog promoter (ShhCre) was used to knock-down T expression selectively in notochord. The knock-down embryos have truncations of the axial skeleton due to a loss of notochord signaling, preceded by apoptosis in somitic mesoderm that forms the vertebral column. However, genetic lineage tracing of notochordal progenitor cells in T-shRNA embryos using a RosaLacZ reporter indicates that T is required to maintain notochord cell fate, but not for cell survival or for the ability to undergo epithelial-mesenchymal transition (EMT). Brachyury/T has been implicated in the pathogenesis of chordoma, a sarcoma arising from notochord rests in the adult spine. These results have potential implications for therapeutic targeting of T in chordoma.

Dr. Mackem undertook her graduate research on the regulation of Herpes Virus immediate early gene expression by VP16 with Dr. Bernard Roizman and received her Ph.D. as an MSTP trainee at the University of Chicago. She moved to the East Coast and completed her M.D. at the Johns Hopkins University School of Medicine, and then went on to residency training in Anatomic Pathology at the National Cancer Institute. After completing the residency program, she became a staff member in the Laboratory of Pathology at the NCI. In 2009, she joined the Cancer and Developmental Biology Laboratory at NCI-Frederick. Her research has focused on vertebrate primary axis formation and the regulation of patterning and differentiation during limb development.

This page was last updated on Thursday, October 6, 2022