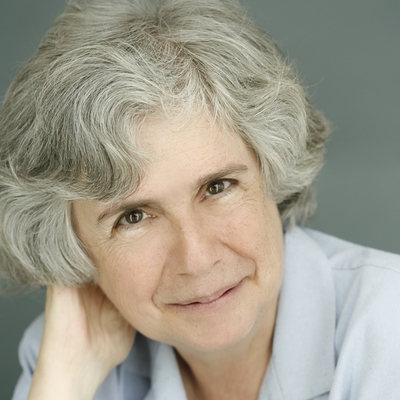 This is exemplified in the regulation of RpoS, a stress sigma factor of E. coli. RpoS is rapidly degraded during exponential growth by the ClpXP protease but not when the cell is starved, stressed, or enters stationary phase. This degradation requires the response regulator protein RssB. RssB, an adaptor protein for RpoS degradation, affects degradation only of RpoS, and not of other ClpXP substrates, in vivo and in vitro. The primary question has been how environmental signals regulate RpoS degradation. Using a genetic screen, we identified multiple small anti-adaptor proteins that are made in response to specific stress signals and interfere with the ability of RssB to deliver RpoS to the protease. In collaboration with Dr. Sue Wickner, in vivo and in vitro studies are providing insight into how many anti-adaptors there are, how the anti-adaptors work, and how RssB functions.

In addition to this complex regulation of RpoS degradation, the translation of RpoS is positively regulated by multiple small RNAs. One of these, DsrA, is synthesized preferentially at low temperatures and is necessary for the low-temperature expression of RpoS. DsrA modulates RpoS synthesis by positively affecting translation of this protein by pairing with parts of the RpoS untranslated leader. A second small RNA regulator of RpoS, RprA, was also identified. RprA acts by a mechanism similar to that of DsrA in stimulating RpoS synthesis, but is regulated not by low temperature but by a two-component regulatory system responsive to cell surface status. We identified a third small RNA regulator of RpoS, ArcZ, that also positively regulates RpoS but is controlled by regulators that sense aerobic vs. anaerobic growth. Each of these small RNAs also negatively regulate other mRNAs, providing complex combinatorial regulation. The small RNAs link RpoS regulation to multiple environmental and metabolic inputs.

In collaboration with Gisela Storz (National Institutue of Child Health and Human Development) and others, we carried out a number of genome-wide searches for other small regulatory RNAs. Initially, highly conserved stretches within intergenic regions were found to be reliable hallmarks of small RNAs. In another genome-wide collaborative study, we defined small RNAs that bind the RNA chaperone Hfq, used by fully 1/3 of the small RNAs in the cell. This led to identification of yet other, less conserved small RNAs. This work combined with studies by others have defined more than 80 small RNAs in E. coli, and studies of these demonstrate that small RNAs are important and previously underappreciated components of many regulatory circuits.

A large number of the small RNAs that bind Hfq have now been studied. Small RNAs that bind Hfq act by pairing to target mRNAs to change mRNA stability and translation. In addition to defining targets, we need to define their upstream regulators so we can understand when they act. One of these, RyhB, is synthesized only when iron is limiting (it is repressed by the Fur repressor). RyhB redirects cellular metabolism to respond to the iron limitation by down-regulating synthesis of non-essential proteins that use Fe. A number of small RNAs were found to regulate major cell surface proteins, including proteins implicated in attachment of bacteria to surfaces. Another, controlled by a two-component system important for virulence, regulates modification of LPS. These small RNA effects on the cell surface may modulate interactions with hosts, affecting the immune response and/or pathogenesis. The lab has now developed rapid and flexible methods to scan all Hfq-binding small RNAs for their ability to regulate genes of interest.

While the bacterial small RNAs parallel microRNAs in their ability to affect the stability and translation of target mRNAs, the pathway for their function is rather different. We are studying how Hfq, a member of the Sm/Lsm family of proteins, acts to bring RNAs together, and what other functions are necessary for small RNA function.

Collaborators on this research include Gisela Storz, Sue Wickner, and Xinhua Ji, at NIH and Sarah Woodson, Johns Hopkins University

Dr. Gottesman received her Ph.D. from the Department of Microbiology at Harvard University and became a postdoctoral fellow at the NIH. She then went to the Massachusetts Institute of Technology (MIT) as a research associate and returned to the NIH in 1976 as a senior investigator in the Laboratory of Molecular Biology, where she has remained. She was elected to the National Academy of Sciences in 1998, the American Academy of Arts and Sciences in 1999, and as an Associate Member of EMBO in 2014. She received the Abbott-ASM Lifetime Achievement Award in 2011, the Selman A. Waksman Award in Microbiology from NAS in 2015, the Herbert Tabor Research Award from ASBMB in 2017, and the Feodor Lynen Medal in 2020 from the German Society for Biochemistry & Molecular Biology.