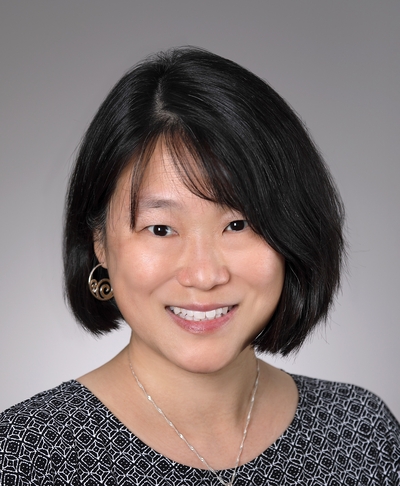 Inborn errors of immunity are genetic disorders that can cause a wide range of problems with the immune system, including immunodeficiency and immune dysregulation that can lead to cancers of the immune system. Hematopoietic stem cell (HSC) transplant and gene therapy approaches can be effective treatments for these disorders but several significant challenges remain, including toxicity from myeloablation agents required for successful HSC transplant, graft rejection, graft vs. host disease, and the variable efficacy of viral vectors used in gene therapy. Cellular therapy for these disorders ideally would be effective in every patient, using tailored conditioning regimens, with the least toxicity possible. To achieve this goal, our team is focused on cellular therapy for several disorders, including severe combined immunodeficiency (SCID), Wiskott-Aldrich syndrome (WAS) and DOCK8 deficiency, and developing new gene therapy approaches for these disorders.

Our goal is to understand how the genetic cause of severe combined immunodeficiency (SCID) impacts T cell, B cell, and natural killer (NK) cell growth and function, and thereby tailor cellular therapy approaches to achieve optimal results with minimum toxicity.

SCID is a group of genetically heterogeneous diseases that share a common feature, the profound absence of T cell development, which in turn, results in lack of humoral immunity. The lack of functioning T cells in patients with SCID gives them the ability to undergo HSC transplant without myeloablation. However, without such agents, successful growth and development of infused HSC is minimal, and therefore B cells, NK cells, and myeloid cells remain uncorrected. The results of such transplants vary according to whether the genetic defect affects non-T cell lineage development or function.

Dr. Pai is leading two multi-institutional trials of cellular therapy for SCID, and her group is performing mechanistic studies to determine the impact and extent of conditioning on HSC engraftment, and correction of B cell development and function. The Conditioning SCID Infants Diagnosed Early (CSIDE) trial is a randomized trial comparing a low dose versus moderate dose busulfan-based conditioning regimen prior to allogeneic transplant in SCID patients with defects in IL2RG, JAK3, RAG1 and RAG2 (NCT03619551). The group is also analyzing results of a multi-institutional trial of gene therapy for patients with X-linked SCID, caused by defects in the IL2RG gene (NCT03311503).

Cytoskeletal rearrangement in response to cell signaling is critical for proper growth and function of multiple immune cells, including T cells, B cells, NK cells, dendritic cells, and other myeloid cells. The protein complex of DOCK8 and Wiskott-Aldrich syndrome (WAS) protein connects T cell receptor and B cell receptor signaling to the actin cytoskeleton, allowing for regulation of the cell’s cytoskeleton. DOCK8 and WAS proteins are also crucial for T cell and B cell activation, memory cell development, and immune synapse formation. Mutations in either DOCK8 or WAS genes result in immune deficiency syndromes that have similar and distinct features. While both disorders can be treated by HSC transplant and gene therapy approaches, significant challenges remain. Gene therapy using lentiviral vectors avoids complications of allogeneic transplantation; however, current trials for WAS fail to treat the effects of WAS consistently, and gene therapy for DOCK8 deficiency has not yet been developed. Our laboratory aims to understand the underlying function of WAS and DOCK8 proteins by analyzing the outcomes of cellular therapy for these disorders. We also are developing new gene therapy approaches to both of these disorders, taking advantage of their shared expression pattern to achieve regulated expression closer to what is normally found in healthy immune cells.

Dr. Sung-Yun Pai received her M.D. degree from Harvard Medical School where she worked in the laboratory of Dr. Barbara Bierer on the cellular biology of calcineurin and mechanism of action of cyclosporine, tacrolimus, and sirolimus. She trained in pediatrics at Boston Children’s Hospital and pediatric hematology-oncology at Boston Children’s Hospital and Dana-Farber Cancer Institute. There she performed post-doctoral work in the laboratories of Drs. Jeffrey Leiden, I-Cheng Ho, and Laurie Glimcher demonstrating the critical roles of the transcription factor GATA3 in thymocyte development, T helper 2 cell specification and function, as well as in CD8 T cells, invariant NK-T cells, and collaboratively in breast cancer and keratinocyte development. As faculty she specialized in clinical hematopoietic stem cell transplantation for children with inborn errors of immunity and led a research program focused on development, implementation, and analysis of clinical trials of transplantation and gene therapy for these disorders. She was appointed to Associate Professor at Harvard Medical School in 2016 and served as Associate Director then Co-Director of the Gene Therapy Program at Boston Children’s Hospital. In 2020, she moved to the National Cancer Institute and National Institute of Allergy and Infectious Diseases to assume the role of Chief of the Immune Deficiency Cellular Therapy Program. Key areas of focus include severe combined immunodeficiency, Wiskott-Aldrich syndrome, and DOCK8 deficiency.