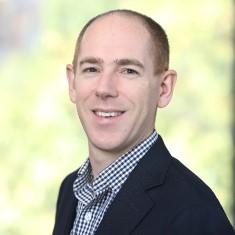 Our lab is interested in understanding how cells make the decision to proliferate. Cells are thought to execute the decision to proliferate and commit to the cell cycle in G1 phase. Despite the identification of many proteins involved with cell cycle entry, it has remained a long- standing question how these proteins function together to form a logical commitment mechanism. Major challenges for resolving this question have been a reliance on cell synchronization, bulk cell measurements, endpoint rather than dynamic measurements, and significant cell-to-cell variability in the timing of cell cycle events, all of which can obscure molecular events due to poor temporal resolution.

To address these challenges, we use an automated live, single-cell assay to track asynchronously dividing cells with high time resolution. This approach allows us to monitor thousands of single cells and watch in real-time as they enter and exit the cell cycle. We use fluorescent biosensors to measure the kinetics of key enzymes involved in cell cycle regulation, and we combine this approach with both genetic and pharmacological perturbations.

Our work has focused on the regulation of the E3 ubiquitin ligase Anaphase Promoting Complex/Cyclosome (APC/C). The APC/C is a master regulator of G1 phase by degrading a wide variety of cell cycle proteins and functions as a crucial barrier preventing pre-mature entry into S phase. We developed a quantitative reporter assay to measure APC/C activity in live cells and found that APC/C inactivates rapidly and immediately prior to the start of S phase. The rapid inactivation kinetics were nearly identical in every single cell measured across multiple cell lines, suggesting a robust bistable mechanism underlies APC/C inactivation. We further showed that APC/C functions as a molecular switch that commits cells to the cell cycle. Prior to APC/C inactivation, cells can exit the cell cycle if the cell senses stress or an absence of mitogens, but after APC/C inactivation, cells are committed to the cell cycle and can no longer go back to quiescence.

The current focus of the lab is aimed at gaining a detailed understanding of the regulatory circuits generating irreversibility in the G1/S transition in normal cells, how these circuits are rewired in the context of mutations and cancer, and developing new tools and biosensors to study the cell cycle, with a particular focus on E3 ubiquitin ligases.

Dr. Cappell received his B.S. in marine science and biology from the University of Miami, FL. He obtained his Ph.D. from the University of North Carolina, Chapel Hill, where he studied G protein signaling in yeast in the lab of Dr. Henrik Dohlman. He completed his postdoctoral training as a Damon Runyon Cancer Research Foundation Fellow in the laboratory of Dr. Tobias Meyer at Stanford University. His postdoctoral research focused on understanding how cells make the decision to divide. He joined the Center for Cancer Research, NCI as an NIH Stadtman Investigator in 2017.