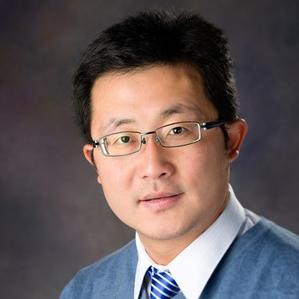 miRNA function is largely determined by its sequence and abundance. miRNA sequences are determined during processing and post-maturation modification. miRNA isoforms (isomiRs) are highly prevalent as a result of sequence modifications. Although isomiR levels often associate with tumorigenesis, their biogenesis and function remain poorly understood. A specific focus of our program is on elucidating mechanisms governing the biogenesis and function of isomiRs by combining genetic studies in living cells with biochemical and next generation sequencing (NGS) approaches.

Biogenesis and function of 5’ isomiRs. To determine the sequence and structural features of primary miRNAs (pri-miRNAs) that influence alternative cleavage, we systematically studied the processing of a set of pri-miRNAs. Our analyses, which included deep sequencing, biochemical assays, in cell functional studies and small angle X-ray scattering (SAXS)-based structural studies, revealed that certain structural features of pri-miRNA promote Drosha cleavages at alternative sites. The resulting 5’ isomiRs regulate a distinct set of target mRNAs.

Recently, we found that Drosha cleavage fidelity varies between cell lines and decreases in multiple cancers, resulting in numerous miRNAs with altered 5’ ends and seed sequences. This led us to hypothesize that Drosha processing is altered during tumorigenesis to produce 5’ isomiRs that impact tumor progression. Our analyses indicate that several Drosha mutations are associated with elevated levels of 5’ isomiRs. We are investigating how other cellular factors promote or inhibit 5’ isomiR production by modulating pri-miRNA structure. In parallel, we try to identify 5’ isomiRs regulating cell proliferation. These studies should identify novel, potentially oncogenic 5’ isomiRs and uncover mechanisms that regulate their biogenesis.

Biogenesis and function of 3’ isomiRs. Terminal nucleotidyl transferases (TENTs) generate 3’ isomiRs by posttranscriptional 3’ uridylation and/or adenylation. These modifications are miRNA-specific and subject to temporal or spatial regulation in development and diseases including cancer. While it is well-established that uridylation of miRNA precursors has a profound impact on miRNA biogenesis, little is known as to how tailing of mature miRNAs affects their function and decay in mammals. We recently discovered that uridylation can alter the way by which miRNA recognizes its targets. This Tail-U-mediated repression (TUMR) involves extensive 3’-region and tail pairing (rather than seed pairing), suggesting that there may be additional modes of RISC-mRNA interaction. We will further characterize the nature of this interaction to better understand the mechanisms by which miRNA target recognition is regulated by tailing. We will also determine the extent to which TUMR contributes to both normal cell functions and to diseases. Our studies will pave the way for understanding the function of 3’ isomiRs in cancer.

We will also study how 3’ tailing impacts miRNA stability. We found that Ago-bound mature miRNAs are uridylated and subsequently degraded by DIS3L2 when their 3’ end is dislocated from the Ago PAZ domain. This suggests that stability of RISC-associated miRNAs is potentially controlled by the accessibility of the 3’ end: Once the 3’ end is available, tailing licenses mature miRNA for degradation by 3’ to 5’ exonucleases such as DIS3L2. We will extend our study and rigorously examine the role of tailing in control of miRNA turnover.

We are interested in achieving such a goal through rational design based on the knowledge gained in the mechanistic studies outlined above. Our finding on Dicer processing has established the loop-counting rule, which laid the groundwork in designing Pol III-driven pre-miRNA-like shRNAs free of the off-target effects resulting from heterogeneous processing. We are currently working on transferring such a design into the Pol II system. In addition, based on the recent findings of how RISC interacts with its target mRNA on a molecular level, we are developing a novel strategy for designing shRNA with minimal off-target effects originating from the miRNA-like pathway.

Shuo Gu received his B.A. in Tsinghua University, China. He completed his Ph.D. training in the laboratory of Dr. John Rossi at Beckman Research Institute, City of Hope, Los Angeles. Shuo Gu undertook his postdoctoral training in the laboratory of Dr. Mark Kay at Stanford University Medical School, Palo Alto. Both his Ph.D. and postdoctoral research focused on the mechanisms of RNA interference and microRNA pathways, and their applications in gene therapy. He joined the RNA Biology Laboratory (formerly the Gene Regulation and Chromosome Biology Laboratory) in 2013.