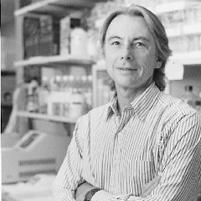 Our principal aim has been to determine the mechanism of action of IL-7, a cytokine that is essential for T cell development and survival. Understanding the IL-7 pathways has given insights into the physiology of lymphocytes, suggested therapeutic strategies for modulating immunity, and revealed mechanisms of leukemogenesis. Beginning at the level of the IL-7 receptor (IL-7R), we defined the requirement for a tyrosine residue, Y449, showing it is essential for the docking of Stat 5. We suggested that this tyrosine was phosphorylated upon IL-7 stimulation, and we generated an antibody against the site, validating this hypothesis.

Downstream of the IL-7 receptor, IL-7 regulates cell survival in a number of ways. We showed that it induces synthesis of the survival protein Bcl-2 at the transcriptional level, and at the post-translational level it blocks the action of the death proteins Bax, Bad and Bim. More recently we found that it blocks ubiquitination and degradation of the mitochondrial survival protein Mcl-1. We also showed that IL-7 induces cell division by stabilizing Cdc25a and inducing ubiquitination and degradation of the cell cycle inhibitor p27. The same pathways used by IL-7 may be preempted in carcinogenesis, since Mcl-1 is an oncogene and p27 is a tumor suppressor.

Despite the evidence that IL-7 is required for T cell development and survival, identifying the cells that produce IL-7 had been an elusive problem because the protein levels were beneath the level of detection by immunohistochemistry. We therefore generated an IL-7 reporter mouse. BAC recombineering was used to insert CFP into the first exon of IL-7. This interrupted the signal peptide resulting in CFP accumulation inside cells and thus permitting their visualization. The reporter could be observed in thymic cortical and medullary epithelial cells. Processes from these cells extended like a matrix throughout the thymus and each thymocyte was enveloped in processes containing the IL-7 reporter. This suggests paracrine delivery of IL-7.

Future aims are to characterize the extensive processes containing the IL-7 reporter. Bone marrow also expressed the reporter enabling us to study their interaction with central memory cells which require IL-7. We used intravital microscopy to show that central memory cells physically interacted with IL-7-expressing cells. Future aims are to identify the bone marrow cell expressing IL-7 and to determine how it attracts central memory cells. We will also examine the interaction of the IL-7 producer with other types of cells, for example B lineage cells that are known to require IL-7.

The Cancer and Inflammation Program was established in order to investigate chronic inflammatory processes that predispose to carcinogenesis. Half of our efforts over the past two years have been directed toward projects related to inflammation and carcinogenesis. Having established the techniques for cytokine reporter mice to visualize IL-7 producers, we have now generated new reporter mice to study inflammation and carcinogenesis. Most cytokines made by T cells are rapidly secreted and cannot be visualized inside the producers unless the secretion process is pharmacologically blocked. Our approach of interrupting the signal peptide with the reporter should enable us to visualize T cells actively producing cytokines in inflamed tissues. In inflammatory bowel disease (IBD), T cells initiate and/or propagate the tissue damage which leads to colon cancer. It is thought that IBD is triggered by T cells inappropriately recognizing antigens from enteric flora, however this T cell encounter has not been visualized. We have generated a BAC with reporters in two colors for IL-17A and F. We have also generated a BAC with a reporter for IL-22. Transgenic mice have been produced and are being characterized. These three cytokines have been shown to be produced by Th17 cells which are involved in IBD. We aim to use these mice to characterize the involvement of T cells in several models of inflammation-induced carcinogenesis. They will also be available for studies of immune responses against model antigens and pathogens, as well as pathological autoimmune reactions.

Another project directed to chronic inflammation and carcinogenesis employs the food bacterium Lactococcus lactis (L. lactis) that has been engineered to express proteins for treatment of IBD. Following ingestion, the engineered L. lactis are designed to deliver these proteins locally to gut tissue and safety has been established in patient trials. We have engineered two suppressive cytokines in L. lactis, IL-27 and IL-35. IBD was induced by transfer of CD45Rb(hi) T cells into Rag1-/- mice, and after symptoms of IBD developed, engineered L. lactis was administerd daily by gavage. We observed that in the mouse IBD model, L-lactis-IL-27 showed a striking therapeutic benefit. The mechanism, safety and other parameters of L. lactis IL-27 therapy are being explored, aiming toward the possibility of treating human IBD patients.

After receiving his Ph.D. in 1978, Dr. Durum received his postdoctoral training in immunology at the National Jewish Hospital in Denver and at Yale Medical School. Dr. Durum joined the Laboratory of Molecular Immunoregulation in 1984.

This page was last updated on December 3rd, 2019