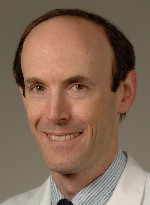 Dr. Summers received the BA degree in physics and the MD and PhD degrees in Medicine/Anatomy and Cell Biology from the University of Pennsylvania.

He completed a medical internship at the Presbyterian-University of Pennsylvania Hospital, Philadelphia, PA, a radiology residency at the University of Michigan, Ann Arbor, MI, and an MRI fellowship at Duke University, Durham, NC.

In 1994, he joined the Radiology and Imaging Sciences Department at the NIH Clinical Center in Bethesda, MD. where he is now a tenured Senior Investigator and Staff Radiologist. He is a Fellow of the Society of Abdominal Radiologists and of the American Institute for Medical and Biological Engineering (AIMBE).

He directs the Imaging Biomarkers and Computer-Aided Diagnosis (CAD) Laboratory and is former and founding Chief of the NIH Clinical Image Processing Service.

He has co-authored over 500 journal, review and conference proceedings articles and is a co-inventor on 14 patents.