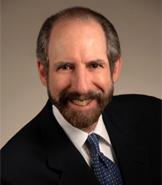 The Lymphocyte Biology Section (LBS) has made numerous contributions to the understanding of the cell biology of antigen processing and presentation by MHC class I and especially class II molecules. It also has examined recognition of these ligands by T cells with a focus on the signaling mechanisms involved in ligand discrimination. Since the early 2000’s, the LBS has conducted analysis of immune cell behavior in vivo using methods of intravital 2-photon imaging that it helped pioneer, providing real-time, high-resolution visualization of immune-cell dynamics in situ. More recently, the LBS has developed novel, highly multiplex section and volume imaging methods (Histo-cytometry and Ce3D) that allow an unprecedented analysis of cell phenotype, signaling, function, and location in complex tissue settings. These various imaging technologies are being used with more conventional molecular and cellular immunological methods to 1) describe the dynamics of innate and adaptive immune cell movement in lymphoid and non-lymphoid tissue; 2) localize the sites and duration of the cell-cell interactions involved in the development of adaptive immune responses; 3) analyze how differences in these aspects of cell migration and interaction affect differentiation events and functional immunity; and 4) investigate the dynamic behavior and effector activities of innate and adaptive immune cells in non-lymphoid sites.

Our studies have allowed us to determine how long a T cell spends in contact with an antigen-bearing dendritic cell, the role of both physical (the fibroblastic reticular cell network in lymph nodes) and chemical (chemokine) cues in controlling T-cell migration in secondary lymphoid tissues, the importance of SAP in differential attachment of T cells to antigen-presenting dendritic cells versus B cells and in germinal center formation, the signals guiding neutrophil migration in infected to damaged tissue settings, epithelial cell TLR control of dendritic-cell extension into the gut lumen for bacterial sampling, the interplay of myeloid and lymphoid cells within mycobacterial granulomas in the liver, and the complex set of lymphocyte-dendritic cell interactions that underlie effective cell-mediated immune responses involving both CD4 and CD8 T cells. Videos from published papers reporting these findings are available in the Videos tab.

The static imaging methods have contributed to a new understanding of how dendritic cell subsets are positioned within lymph nodes and the impact of this uneven distribution on functional biology post-infection or vaccination. They have also revealed the operation of regulatory T cells in small clusters within lymph nodes where conventional autoreactive cells produce IL-2 in response to self-antigens and are then silenced by TCR and IL-2 feedback activation of the associated Tregs. Together, these studies are beginning to create a comprehensive picture of how immune cells traffic and interact during all phases of immune responses. Future work will emphasize both additional basic investigations and new studies of human material, such as samples from cancer patients receiving checkpoint inhibitor therapy. The expectation is that Histo-cytometry and Ce3D methods can provide critical new insight into why some and not other patients respond to these treatments, helping to assign individuals to optimal treatment groups and also aiding in development of new combination therapies for initial non-responders. Some of these studies will be conducted by a new Center for Advanced Tissue Imaging (CAT-I) jointly sponsored within the LBS by NIAID and the National Cancer Institute.

A second major focus of the LBS is part of the integrated studies of the LBS involving macrophage responses to TLR ligands. Building on past success in computational modeling of T-cell receptor signaling, the LBS has undertaken detailed, single-cell analyses of macrophage signaling and inflammatory mediator production in response to single and combinations of TLR ligands. These studies have revealed that macrophages show a combination of analog responses in terms of NF-κB activation but digital responses for the MAPK pathways. The distinct shapes of these dose-responses provides a signaling system that allows priming of inflammatory gene loci without production of the protein products of these genes at low TLR engagement levels typical of the steady-state in a non-infected host but robust responses if the digital threshold for ERK responses is exceeded as a pathogen replicates. Mathematical modeling in conjunction with the Computational Biology Section of LSB using Simmune software suggests a key role for phosphatases in control of this signaling network, and these enzymes have been linked in GWAS studies to various inflammatory diseases, suggesting that dysregulation of the sensitivity of the network in terms of the switching point for mediator production could be a key contributory factor in these diseases. Ongoing studies are exploring this possibility using genotyped human samples. Further work on human immunology is being conducted in conjunction with the Trans-NIH Center for Human Immunology, Inflammation, and Autoimmunity (CHI).

Dr. Germain received his Sc.B. and Sc.M. from Brown University in 1970 and his M.D. and Ph.D. from Harvard Medical School and Harvard University in 1976. From 1976 to 1982, he served as an instructor, assistant professor, and associate professor of pathology at Harvard Medical School. From 1982 to 1987, he worked as a senior investigator in the Laboratory of Immunology (LI). In 1987, he was appointed chief of the Lymphocyte Biology Section. In 1994, Dr. Germain was named deputy chief of LI. In 2006, he became director of the NIAID Program in Systems Immunology and Infectious Disease Modeling, which became the Laboratory of Systems Biology in 2011 and for which he serves as chief of the laboratory. He is also acting chief of LI and associate director of the Trans-NIH Center for Human Immunology, Inflammation, and Autoimmunity (CHI). Since receiving his doctoral degrees, he has led a laboratory investigating basic immunobiology. He and his colleagues have made key contributions to our understanding of MHC class II molecule structure–function relationships, the cell biology of antigen processing, and the molecular basis of T cell recognition.

More recently, his laboratory has explored the relationship between immune tissue organization and control of immunity studied using dynamic and static in situ microscopic methods that his laboratory helped pioneer. His group also conducts research in quantitative modeling of immune signaling circuits and in the broader application of the methods of systems biology to immunological questions. He has published more than 300 scholarly research papers and reviews and serves on the editorial boards of many scientific journals.

Among his numerous honors, he was elected as an associate (foreign) member of EMBO (2008), elected to the National Academy of Medicine (2013) and to the National Academy of Science (2016), received the Meritorious Career Award from the American Association of Immunologists (2015), was chosen as NIAID outstanding mentor, 2016, and has been designated an NIH distinguished investigator. He has trained more than 70 postdoctoral fellows, many of whom hold senior academic and administrative positions at leading universities and medical schools.