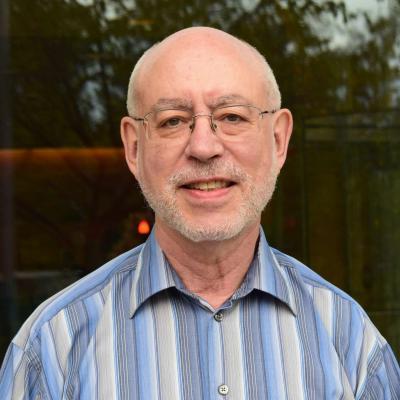 Because eukaryotic cells depend on molecular oxygen for normal metabolism, they generate reactive oxygen species (ROS) that can cause multiple forms of cellular stress and damage. For several years, Dr. Levine has focused his research on the identification of oxidative modifications of proteins. He is interested in the conditions that give rise to modifications in which amino acids are modified, and the impact those modifications have on enzymatic function or structural integrity.

Several years ago, in collaboration with the late Earl Stadtman, Dr. Levine discovered a novel form of protein modification—carbonylation—that is now a widely accepted measure of oxidative modification in cells ranging from bacteria to humans. Carbonylation is typically associated with protein dysfunction. In a variety of species, carbonyl content rises dramatically in the last third of an organism’s life and may be causally related to the phenotypic changes of aging. Although reactive oxygen species are usually promiscuous in their reactivity, Dr. Levine and his colleagues found that this modification was localized to the metal binding sites of proteins that contained them. Such binding sites normally recruit Mg2+, Mn2+, or Ca2+, but upon binding of Fe3+, the protein was rendered vulnerable to ROS modifications and loss of the metal binding site.

Dr. Levine has focused on oxidative modifications that are specific to methionine residues. This amino acid is particularly vulnerable to oxidation. Virtually every aerobic organism has at least one enzyme (methionine sulfoxide reductase) that functions to reduce oxidized methionine back to its original form. To study these modifications, Dr. Levine’s laboratory is using a variety of techniques from biochemistry and mass spectrometry to transgenic mouse models with altered enzymatic activity of the reductases.

Based on his research, Dr. Levine proposed the concept that methionines serve an important role as an antioxidant, both for the proteins in which they reside and the cell itself. Counter to the commonly held notion that methionines (which are hydrophobic residues) are typically buried within proteins, many methionine residues lie on the surfaces of proteins. Much like well-known antioxidant molecules such as vitamins E and C, these exposed methionines intercept ROS and become oxidized. In this context, methionine sulfoxide reductase operates to bring the antioxidant system full circle.

More recently, Dr. Levine and his colleagues have found that methionine sulfoxide reductase catalyzes oxidation and reduction of methionine residues bidirectionally. This finding opens the door to a role for oxidative modification of methionine as a cellular signaling mechanism. Whereas ROS production has been viewed as uniformly deleterious to cellular function, it is now clear that cells actually require a certain level of oxidants for optimal function. Dr. Levine is pursuing the hypothesis that oxidative modifications of proteins are not always a negative effect of stress, but also participate in normal cellular signaling.

Rodney Levine graduated from Stanford University with a B.S. in chemistry and an A.B. in biology in 1968 and earned his M.D. and Ph.D. in physiology from Stanford in 1973. He completed his residency in pediatrics at the University of Colorado Medical Center in 1975 and his fellowship in perinatal medicine at the University of Colorado Medical Center and Denver Children’s Hospital in 1977. He joined the NHLBI in 1977 as a research associate and rose to become Chief of the Laboratory of Biochemistry in 2008. He is board certified in pediatrics and in neonatal-perinatal medicine and is professor emeritus at the Uniformed Services University of the Health Sciences. Dr. Levine has authored or coauthored more than 200 papers. Currently, he serves on the editorial and scientific review boards of Free Radical Biology and Medicine, Journal of Gerontology, and Mechanisms of Ageing and Development, among others. He holds memberships with the American Association for the Advancement of Science, American Pediatric Society, Society for Free Radical Biology and Medicine, and American Academy of Pediatrics, where he is a fellow.