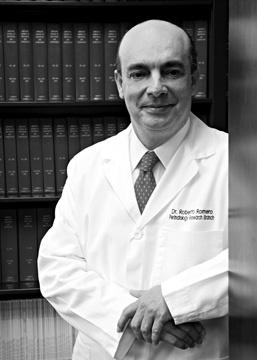 Premature birth is the leading cause of perinatal morbidity and mortality worldwide. The Perinatology Research Branch has defined preterm labor as a syndrome. One of the causes of this syndrome is an untimely decline in progesterone action, which is clinically manifested by “silent” shortening of the uterine cervix. Indeed, previous work conducted by our Program showed that asymptomatic women who have a cervical length of 15mm or less in the second trimester of pregnancy have a 50% likelihood of delivering an early preterm neonate. Prediction of preterm birth needs to be accompanied by a strategy to reduce the frequency of this complication. Several lines of evidence suggested that the administration of vaginal progesterone in patients with a short cervix may reduce the rate of preterm birth. Our major focus was to conduct a prospective randomized clinical trial at 44 centers worldwide to test this hypothesis. We found a dramatic reduction in the rate of preterm birth, as well as neonatal morbidity. This is an important finding because it has been estimated that the routine implementation of universal screening of all pregnant women in the United States and the administration of progesterone to those with a short cervix can result in a savings of $500 million per year in the United States alone.

Congenital anomalies continue to be a leading cause of perinatal mortality in the United States. The research agenda of the Perinatology Research Branch includes the use of three- and four-dimensional ultrasound (3DUS and 4DUS) and the development of novel approaches and algorithms aimed at facilitating the prenatal diagnosis of congenital defects, in particular, the prenatal identification of congenital heart disease (CHD). CHD is the leading cause of death among fetuses with congenital anomalies. Our Program also explored the development of new 3DUS techniques for volume calculations of fetal organs and fetal weight

Dr. Roberto Romero is Chief of the Perinatology Research Branch and Head of the Program for Perinatal Research and Obstetrics in the Division of Intramural Research of NICHD. The branch is currently housed at Wayne State University School of Medicine/Detroit Medical Center in Detroit, Michigan. Dr. Romero trained in Obstetrics and Gynecology at Yale University and completed his Fellowship in Maternal-Fetal Medicine. Subsequently, he joined the faculty and became the Director of Perinatal Research. In 1992, he became Chief of the Perinatology Research Branch of NICHD/NIH. Over the course of his career, Dr. Romero's work has focused on the early diagnosis of ectopic pregnancy, the prenatal diagnosis of congenital anomalies, and the study of the mechanisms of disease responsible for pregnancy complications (preterm labor, preeclampsia, intrauterine growth restriction, fetal death, fetal systemic inflammation, cerebral palsy, etc.). The Perinatology Research Branch uses a multidisciplinary approach to study complications of pregnancy, which include the disciplines of Maternal-Fetal Medicine, Neonatology, Placental Pathology, Perinatal Epidemiology, and High-Dimensional Biology (genomics, proteomics, metabolomics, and computational biology) as well as Immunology, Microbiology, and Nanomedicine. An author of over 1000 peer-reviewed publications and several books, Dr. Romero is the recipient of countless awards and recognitions by his peers, including the President's Achievement Award from the Society for Gynecologic Investigation, Research Excellence Awards from the Society for Maternal-Fetal Medicine, the American College of Obstetrics and Gynecology, and the Central Association of Obstetricians and Gynecologists, the Erich Saling Award from the World Association of Perinatal Medicine, the Ian Donald Gold Medal for contributions to Ultrasound in Obstetrics and Gynecology, and also, is the first obstetrician to receive the prestigious Asan Award in Medicine from the Asan Foundation in South Korea. He is also the recipient of 16 Doctorate Honoris Causa and Honorary Professorships from universities worldwide, and is a member of the National Academy of Medicine. Trainees of Dr. Romero have attained prominent positions of leadership worldwide in Obstetrics and Gynecology and Maternal-Fetal Medicine. Dr. Romero’s work in premature labor has focused on the role of infection and inflammation in spontaneous preterm labor and delivery. His research team described the involvement of cytokines and chemokines in the initiation of human labor and the fetal inflammatory response syndrome, as well as the preterm parturition syndrome. The Perinatology Research Branch recently reported the results of a multinational randomized clinical trial demonstrating that vaginal progesterone administration to women with a sonographic short cervix reduced the rate of preterm birth by 45% and the rate of respiratory distress syndrome by 61%. It is estimated that universal screening of pregnant women to determine cervical length with ultrasound and the administration of vaginal progesterone would save the United States $500-$700 million per year.