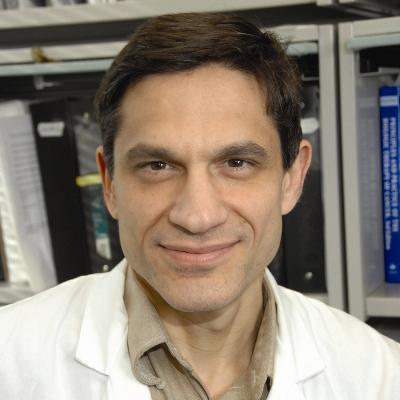 Overview. We are focused on targeted therapy using recombinant immunotoxins for hematologic malignancies, particularly hairy cell leukemia (HCL), and other new therapies for HCL. The recombinant immunotoxins contain truncated forms of Pseudomonas exotoxin (PE) fused to anti-CD25 or anti-CD22 Fv fragments. Anti-CD25 recombinant immunotoxin LMB-2 is currently undergoing phase II testing with chemotherapy in adult T-cell leukemia (ATL). Anti-CD22 recombinant immunotoxin moxetumomab pasudotox (previously called HA22 or CAT-8015), is an affinity-matured form of BL22 for targeting hematologic malignancies, particularly hairy cell leukemia (HCL) and pediatric acute lymphoblastic leukemia (ALL). We have taken advantage of our large HCL population to perform clinical trials with combinations of chemotherapy and rituximab to answer questions relevant to the optimal therapy of newly diagnosed and multiply relapsed HCL, and also to better understand the behavior of HCL in immunotoxin-treated patients. In the laboratory, we use clinical samples from patients to investigate treatment efficacy and toxicity, and to better understand the biology and origin of HCL.

Development of anti-CD22 recombinant immunotoxins for CD22+ B-cell malignancies. BL22, containing the Fv fragment of the anti-CD22 MAb RFB4 fused to a truncated form of PE called PE38, in phase I-II testing achieved CR rates of 47-61% in relapsed/refractory HCL, with overall response rates (ORR) 72-81%. A completely reversible hemolytic syndrome (HUS) was observed in 8 (12%) of 69 HCL patients. In collaboration with Dr. Ira Pastan's lab, hot spot mutagenesis was used to increase the affinity of BL22. The resulting protein, called HA22, CAT-8015 or moxetumomab pasudotox, contains THW instead of SSY at the antigen binding site of VH. This resulted in 14-fold increased binding affinity for CD22, due to lower off-rate, and up to >100-fold increased cytotoxicity toward fresh leukemic cells. In Phase I testing of 49 patients at 5-50 ug/Kg every other day for 3 doses (QOD x3), CRs were observed in 28 (57%), with ORR 88%. No dose limiting toxicity (DLT) was observed on the phase I trial. Only 2 patients had grade 2 HUS which was milder than HUS seen with BL22, largely limited to reversible laboratory abnormalities. Based on this favorable efficacy and toxicity profile, the FDA recommended a pivotal trial using a single-arm rather than a randomized design. This pivotal phase III trial has a goal of achieving 28% CRs in 77 patients. This trial is sponsored by both CTEP and MedImmune, and extramural sites include MD Anderson, Sloan-Kettering and Ohio State.

In pediatric ALL, a much more aggressive disease, 9 (23%) of 39 achieved CR (ORR 31%) with a more dose-intense administration of moxetumomab pasudotox. At the peak dose level, 5 (27%) of 18 had CR and 29% responded. The pediatric trials are being directed in collaboration with Dr. Alan Wayne, now at USC, and also Dr. Nirali Shah at NIH.

Development of anti-CD25 recombinant immunotoxin LMB-2 for CD25+ leukemias. We are enrolling HCL patients ineligible to receive HA22 on a phase II trial of LMB-2, with 1 CR and 3 PRs for an ORR of 36% out of 11 patients. To investigate immunotoxin combinations with chemotherapy, we target adult T-cell leukemia (ATL) where rapid disease progression and immunogenicity limit efficacy of LMB-2 as a single agent. We found chemotherapy to be synergistic with LMB-2 in an animal model. In a phase II trial, ATL patients receive fludarabine and cyclophosphamide prior to LMB-2, with ORR 62% including 46% CRs in 13 evaluable patients. Our goals are to complete this trial, and if activity is promising, propose similar immunosuppressive chemotherapy combinations with immunotoxins to decrease immunogenicity.

Development of MAb-chemotherapy combinations for early and relapsed/refractory HCL. For the past ~25 years, cladribine alone (or less commonly pentostatin alone) has been the standard 1st and 2nd line treatment of HCL, but is usually non-curative. To determine if rituximab should be added to cladribine, newly diagnosed or once-relapsed HCL patients are randomized to cladribine with either immediate or >6-month delayed rituximab, and minimal residual disease (MRD) at 6 months and other time points measured. So far 110 patients have been enrolled to this 150-patient trial, with the goal to compare both MRD rates at 6 months and long-term blood MRD-free survival. To study pentostatin-rituximab and bendamustine-rituximab combinations in HCL for the first time prospectively, a randomized trial is underway in multiply relapsed HCL with 2-way crossover between the 2 arms. Our clinical goal is to determine the best regimen from the standpoint of toxicity and efficacy, and determine the capacity of either regimen for eradicating HCL MRD.

Laboratory research connected with moxetumomab pasudotox and other therapies for HCL. A major goal is to improve the efficacy of CD22 targeting by further engineering of the immunotoxin structure. In collaboration with Ira Pastan's lab, the toxin was further truncated to little more than the ADP-ribosylating domain III, producing a liposomal protease resistant mutant of moxetumomab pasudotox called HA22-LR which had >10-fold improved cytotoxicity for primary CLL cells and similar activity toward HCL. HA22-LR was mutated to remove both B-cell and T-cell immunogenic epitopes, and tested in our lab for cytotoxicity toward HCL and CLL samples. These molecules could improve activity of moxetumomab pasudotox toward HCL by avoiding immunogenicity, and also improve activity toward CLL/NHL. A second goal is to sequence immunoglobulin rearrangements unique to each HCL patient, to study HCL biology and to design patient-specific PCR assays for MRD. This RQ-PCR test is able to detect 1 HCL in 1 million normal cells. We are testing patients to determine correlations between MRD and clinical outcome. We are also using RNA/DNA from these samples to better characterize B- and T- cell repertoire in patients treated with immunotoxins compared to chemotherapy and/or rituximab, and to study fundamental questions related to HCL biology, including those related to the V600E mutation recently discovered in HCL.

BRAF as a target in HCL. We found that up to 20% of classic HCL patients lack the V600E mutation. All classic HCL patients with the poor prognosis IGHV4-34 immunoglobulin rearrangement were wild-type for BRAF. Nevertheless, most HCL patients remain potentially treatable using BRAF inhibition. Plans are underway to treat V600E+ HCL patients by inhibiting BRAF and its downstream pathway MEK, particularly those ineligible for immunotoxin therapy.

Ibrutinib for the treatment of HCL and HCLv. Ibrutinib (PCI-32765) is an inhibitor of Brutons tyrosine kinase (BTK) with antitumor activity in hematologic malignancies, particularly CLL and mantle cell lymphoma. In collaboration with Dr. Jan Burger's lab at MD Anderson, it was found that ibrutinib inhibits HCL cells by blocking BTK phosphorylation, and also CXCL12 signaling, the latter a key pathway for bone marrow homing. We are also studying the cytotoxicity of fresh patient HCL cells in our lab to this molecule, and are participating in a multicenter trial of ibrutinib in HCLv and in relapsed HCL.

Dr. Kreitman received his M.D. from Ohio State University in 1985 and obtained his internal medicine residency training at Duke University from 1985 to 1988. He received his medical oncology fellowship training at the NIH from 1988 to 1991, has been working in the immunotoxin field since 1989, and has been directing clinical trials with immunotoxins since 1996. He also specializes in the treatment of hairy cell leukemia with immeunotoxins and other agents.