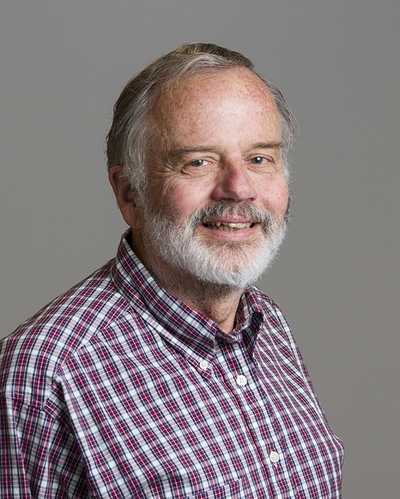 Dr. Robert N. Hoover, Director of the Epidemiology and Biostatistics Program, has established ongoing programs of research in various areas of cancer epidemiology. His special focus has been in hormonal carcinogenesis, including a long-term follow-up study of diethylstilbestrol (DES)-exposed and -unexposed mothers, daughters and sons, and granddaughters for adverse health effects resulting from this exposure.

Since 1992, Dr. Hoover, other NCI investigators, and collaborators from five field study centers have been actively following diethylstilbestrol (DES) -exposed and -unexposed mothers, daughters and sons, and granddaughters for adverse health effects resulting from this exposure. As DES-exposed offspring are currently reaching the age when cancer rates begin to rise, it is important to continue to monitor long-term risk of cancer and other adverse health outcomes in this unique population. The study also provides a model for assessing a number of hypotheses that address concerns about prenatal hormonal influences on disease risk, both an intriguing area of science and an increasingly controversial environmental issue that affects a substantial proportion of the population.

To date the study has identified excess female breast cancer after age 40 that shows a dose-response effect, as well as increased risk for high-grade lesions of the cervix and vagina. Concern over other hormone-related cancers remains; though to date analyses have been limited due to small numbers of cases. In the sons, investigators observed an excess risk for urogenital anomalies and infertility, and a likely excess of testicular cancer. To examine the effects in the third generation (the daughters of the prenatally exposed daughters), investigators assembled a small cohort in 2000. Given their average age, there have been few relevant disease outcomes. However, investigators noted an elevated risk for infertility—though not statistically significant, this outcome was also seen in DES daughters. In addition, there were three cases of ovarian cancer in the granddaughters, even though substantially less than had been expected. While both of these observations remain difficult to interpret, they have added some urgency to expand the cohort and continue to follow-up. More on the DES Follow-up Study

Dr. Hoover graduated from the University of Notre Dame (B.A.), Loyola University of Chicago (M.D.), and the Harvard School of Public Health (S.M.Hyg., Sc.D.). As Director of the Epidemiology and Biostatistics Program of the National Cancer Institute (NCI), he has established ongoing programs of research in various areas of cancer epidemiology, including descriptive studies, field studies in high-risk areas identified on the NCI cancer maps, occupational exposures, radiation, studies of medicinal agents, diet and nutrition, viral studies, general environmental exposures, tobacco use and lifestyle factors, immunoepidemiology, genetic susceptibility, and gene-environment interactions. A special focus of his work has been in the area of hormonal carcinogenesis. Dr. Hoover is widely recognized as one of the nation's leading cancer epidemiologists. In recognition of his outstanding scientific achievements, he has received several honors, including the Abraham Lilienfeld Award from the American College of Epidemiology, the John Snow Award from the American Public Health Association, the American Association of Cancer Research-American Cancer Society Award for Research Excellence in Cancer Epidemiology and Prevention, the Distinguished Service Medal from the U.S. Public Health Service, the Gorgas Medal from the Association of Military Surgeons of the United States, and the Robert S. Gordon Award Lecture at the National Institutes of Health for distinguished achievements in epidemiology. Dr. Hoover was named an NIH Distinguished Investigator in 2019.