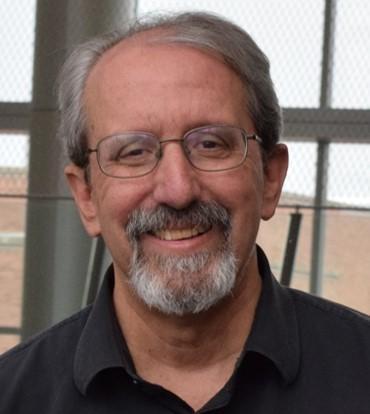 Dr. Pastor applies information collected from computer simulations and statistical mechanics to biophysics, with an emphasis on cell membranes. Cell membranes are not only the physical barriers that partition cells into units with discrete subcompartments, they are also dynamic, heterogeneous structures comprising multiple types of fats, proteins, and sugars which allow the cell to communicate with its environment. Dr. Pastor is combining experiments on simplified membranes with the fundamental principles and simulation techniques of physics to understand and model cell membranes on the atomic level. Such simulations hold extraordinary promise: in applied areas such as drug design, they could provide a detailed picture of drug binding and transport through the membrane; on a fundamental level, they could answer questions concerning cell fusion and signal transduction, and they are a valuable complement to experimental manipulations.

As a starting point, Dr. Pastor has focused on describing the characteristics of simplified membranes: bilayers and monolayers containing lipids such as dipalmitoylphosphatidylcholine (DPPC). Molecular dynamics (MD) simulations carried out in his laboratory have successfully reproduced experimental data including NMR relaxation times and deuterium order parameters, X-ray structure factors, lateral diffusion constants, and elastic constants of assorted bilayers. These results have then been used to refine and develop models for the structure and dynamics of membranes.

Developing the simulation methodology itself is central to Dr. Pastor’s interests. His group has contributed to the development of the simulation program CHARMM (Chemistry at HARvard Molecular Mechanics) since the 1980s.

He has recently focused on developing molecular mechanics force fields suitable for atomic level simulations of simple and complex bilayers. To this end, he and his colleagues have carried out a combination of high level quantum mechanical calculations and MD simulations on model compounds, compared the results with experimental observations, and then applied the resulting techniques to lipids and related compounds. The latest version of the CHARMM lipid force field C36—published by Dr. Pastor and his colleagues in 2010—represents a comprehensive tool for the study of heterogeneous cell membranes.

As Dr. Pastor continues to refine computational models for simple lipids, he is also aiming to introduce new levels of complexity to the simulation with the addition of new lipids, membrane components, and phases. Meanwhile, he has also turned his attention to how lipids interact with peptides in membranes. For example, many antimicrobial peptides lie on the surface of membranes until they reach a sufficiently high concentration to aggregate and form pores that completely disrupt cell function. In contrast, viral peptides can cause fusion events that safeguard the integrity of the cell membrane but allow viral entry and replication. Dr. Pastor and his colleagues are simulating the interaction of single peptides with lipid bilayers to discover precisely how they position themselves and where they put stress on the membrane.

With the overall goal of simulating a cell membrane in all its biological complexity, Dr. Pastor is in a relatively rare research situation of creating foundational tools to take advantage of computing power that will most likely exist ten to twenty years in the future. In 1993, he and his colleagues published MD simulations of a simple lipid bilayer in Science—considered a breakthrough in biophysical computing—that required 6 months on an NIH supercomputer. Bringing such an unwieldy component to any practical application would have been unfeasible. Today the same simulation would require less than an hour. In addition to providing insights into relatively simple membrane systems and molecules, Dr. Pastor’s goal is to lay the proper foundations for a truly comprehensive model of the membrane as computational power rises to meet its challenges.

Richard Pastor earned an M.S. in chemistry from Syracuse University in 1977 and a Ph.D. in biophysics from Harvard University in 1984. He joined the NIH in 1984 as a staff fellow in the Laboratory of Chemical Physics at the National Institute of Diabetes and Digestive and Kidney Diseases, before spending more than a decade with the Center for Biologics Evaluation and Research (CBER) at the Food and Drug Administration. In 2006 he rejoined NIH and has been with the Membrane Biophysics Section since. In 1996 he received an Excellence in Science by a Group award from the FDA, and the Center Director’s Public Health Achievement Award from the CBER in 1997. Dr. Pastor has authored or coauthored more than 100 papers or book chapters. He is a reviewer for numerous journals, including the Biophysical Journal, Journal of the American Chemical Society, Journal of Physical Chemistry, Journal of Chemical Physics, Journal of Computational Chemistry, and Biochemistry. He is also an Editorial Board Member for the Journal of Membrane Biology. Since 2003, he has been an Advisory Board Member for the NIH Resource for Macromolecular Modeling and Bioinformatics at the University of Illinois at Urbana-Champaign.