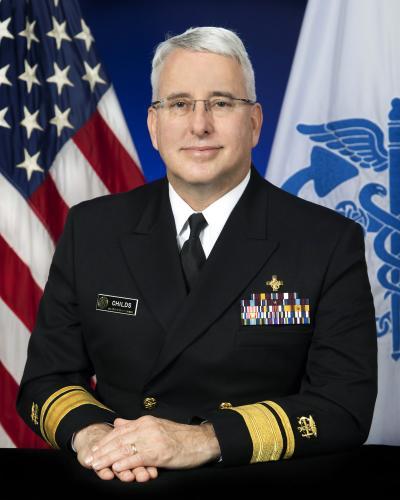 It is now believed that many nascent cancers never proliferate to life-threatening proportions because of routine surveillance by the immune system. Dr. Childs’s translational research program is focused on finding ways to adapt and enhance immune cells to attack even the most entrenched cancers. In particular, he has focused on allogeneic stem cell transplantation and tumor immunology to treat aplastic anemia, hematological malignancies, and solid tumors.

Dr. Childs was the first to establish that T-cells from matched donors could cure patients with metastatic renal cell carcinoma. This “graft-vs-solid tumor” effect, published in the New England Journal of Medicine in 2000, defined a new therapeutic application for allogeneic hematopoietic stem cell transplantation. Subsequently, his group characterized the immune mechanisms mediating this effect and in experiments using allogeneic T-cells from responding patients, discovered a novel human endogenous retrovirus expressed in kidney cancer that serves as a target for human immune cells. His laboratory then characterized the molecular mechanisms leading to the selective transcription of this provirus in the clear cell subtype of kidney cancer. The laboratory continues to identify antigens that are derived from the endogenous retrovirus that may serve as a target for T-cell immunotherapy. They are also exploring peptides and proteins that could potentially serve as a vaccine to generate T-cell mediated rejection of the tumor.

A major focus of the Childs laboratory is on the potentiation of natural killer (NK) cells, which are the key immune cell effectors of cancer cell death. NK cells are dominated by inhibitory pathways that under normal circumstances limit their lethality. Dr. Childs has explored a number of methods to block this inhibition of NK cells in tumors. Recently, his team has discovered that exposing tumors to proteasome inhibitors sensitizes them to NK cells through expression of tumor necrosis factor-related apoptosis-inducing ligand (TRAIL). He and his colleagues are also developing methods to increase the expression of adhesion molecules on NK cells that will allow them to better access the bone marrow microenvironment where hematologic malignancies originate.

Information gleaned from Dr. Childs’s translational research has defined novel pathways through which malignancies may be targeted by the human immune system. Dr. Childs has recently focused efforts on developing methods to improve the outcome of allogeneic stem cell transplantation for aplastic anemia where immunosuppressant therapies have failed and to improve the outcome for patients who lack a matched donor. Dr. Childs and his colleagues have developed and implemented a protocol that combines two stem cell sources: transplanted umbilical cord blood and cells purified from a partially matched relative (parent, child, or un-matched sibling) to treat patients with aplastic anemia that are at high risk of graft rejection. This pilot trial has resulted in sustained donor engraftment in most patients and excellent long-term survival.

Richard Childs, M.D., Rear Admiral (RADM), United States Public Health Service Commissioned Corps, is the Clinical Director of the National Heart, Lung, and Blood Institute’s (NHLBI) Division of Intramural Research (DIR) in the National Institutes of Health (NIH). In this role, he is responsible for the oversight of the clinical research portfolio of the NHLBI DIR and serves as a clinical policy advisor to the Scientific Director. The NHLBI DIR clinical research program is one of the largest within the NIH supporting more than 180 active clinical research protocols, 650 inpatient admissions, and 14,000 outpatient visits. In this position he is responsible for overseeing inpatient and outpatient clinical programs, the data safety and monitoring board, and the scientific review board to ensure the clinical research and clinical care conducted by NHLBI is of the highest scientific integrity and quality. Dr. Childs was appointed Clinical Director in January 2013.

Dr. Childs received his M.D. in 1991 from Georgetown University and completed his internship, residency, and a Chief Residency in internal medicine at the University of Florida. Subsequently, Dr. Childs arrived at the NIH to complete a fellowship in medical oncology at the National Cancer Institute followed by a fellowship in hematology at the NHLBI. Dr. Childs has been an active duty officer in the United Stated Commissioned Corps since 1995 and was promoted to the rank of Captain in 2009. From December 2014 through February 2015, he deployed to Monrovia, Liberia as a part of the United States Ebola crisis response in West Africa, where he served as the Chief Medical Officer caring for Ebola patients in the Monrovia Medical Unit (MMU). He has been a recipient of numerous awards in the Commissioned Corps and in 2010 he received the highest award from the United States Public Health Service: the Distinguished Service Medal from the United States Surgeon General for research that has improved the field of hematopoietic stem cell transplantation.