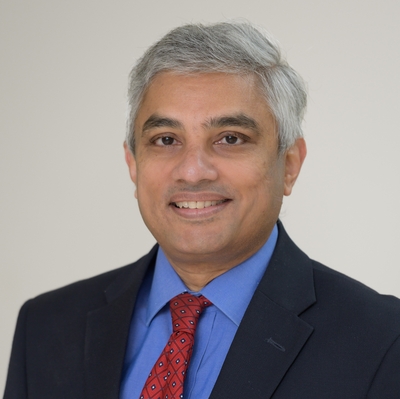 Renal cell carcinoma (RCC) is among the ten most common cancers in the United States. Over the last three decades it has become increasingly clear that kidney cancer is a heterogeneous group of malignancies with several histologically, clinically and genetically distinct variants recognized today. The current therapeutic armamentarium against metastatic RCC includes agents that target the vascular endothelial growth factor (VEGF) or mTOR pathways as well as immune checkpoint inhibitors. Despite this seeming plethora of treatment options, patients with metastatic disease are rarely cured. Furthermore, these agents are effective primarily against the clear cell variant of kidney cancer. Therefore, continued research into the critical molecular mechanisms driving RCC is clearly needed. Our group focuses on identifying therapeutically meaningful genetic and molecular pathways driving distinct subtypes of kidney cancer. The primary aim of this project is to better characterize these key pathways and to use this data to develop and evaluate effective, personalized, systemic therapy options for patients with RCC.

Clear cell renal cell cancer (ccRCC) is the most common kidney cancer subtype, accounting for 75-80% of all kidney cancer. Despite advances in targeted therapy and immunotherapy, metastatic ccRCC is largely incurable. Current treatment standards include agents targeting the VEGF pathway and PD1/PDL1 interactions. While response rates are high with these therapies, often used in combination, only a small proportion of patients achieve long-term complete responses. Approximately 90% of ccRCC are characterized by loss/inactivation of the VHL gene. One consequence of VHL inactivation is the upregulation of a group of transcriptionally active proteins normally regulated by ambient oxygen tension—the hypoxia inducible factors (HIF). HIF upregulation mediates transcriptional upregulation of a number of proangiogenic and growth factor genes, including VEGF, which is a current target for therapy in patients with advanced kidney cancer. We hypothesize that directly targeting HIF might be more effective in reversing the alterations induced by VHL inactivation. The primary aim of this project is to evaluate pharmacologic targeting of HIF2 alpha, singly and in combination with other agents, in patients with VHL-deficient kidney cancer.

Upregulation of HIF2 is well studied consequence of VHL inactivation and appears to be critical for development of sporadic ccRCC (somatic VHL alteration) as well as a variety of tumors in patients with VHL (germline VHL alterations). Recently, small molecule inhibitors of HIF2 have been evaluated preclinically and are currently undergoing clinical evaluation. To test the efficacy of HIF2 alpha inhibitors a number of clinical studies are planned, including single agent studies in VHL patients, and single agent studies in sporadic ccRCC patients. Additionally, a variety of combination strategies will be evaluated in preclinical models and, if appropriate, in the clinic.

Ramaprasad Srinivasan obtained his M.D. from the Bangalore Medical College in India and then completed his Ph.D. in biomedical sciences at the University of Texas MD Anderson Cancer Center in Houston. He came to the NCI in 1999 after completing his internal medicine residency training at the University of Texas Health Science Center-Houston, to pursue a fellowship in medical oncology/hematology. After completing his fellowship, Dr. Srinivasan joined the Urologic Oncology Branch as a Staff Clinician. In 2016 he became a Principal Investigator. Dr. Srinivasan is developing treatment strategies and clinical trials for patients with both hereditary and non-hereditary forms of kidney cancer. Currently, he is investigating a variety of newer 'targeted' agents in clear cell and papillary kidney cancer, as well as hereditary kidney cancer syndromes such as von Hippel-Lindau, hereditary leiomyomatosis and renal cell cancer (HLRCC) and hereditary papillary renal cell cancer (HPRC).