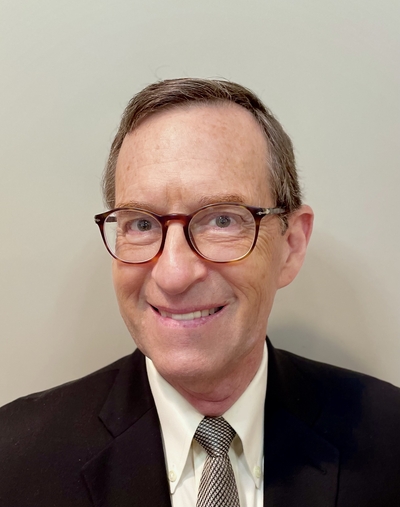 The laboratory also operates the Ph.D.-granting NIH Comparative Biomedical Scientist Training Program (CBSTP), an NCI-administered NIH Graduate Partnership Program with 5 university graduate schools. Our training philosophy prepares the pathologist, or other veterinary clinical specialist, as an investigator and collaborator, vertically integrated from basic discovery to translational research application. Research conducted within the MPU serves as a source of research training experience for its CBSTP fellows, as well as serves to extend comparative pathology expertise provided by the CBSTP molecular pathologist fellows to the NCI and other institutes within the NIH Intramural Research Program.

MPU also conducts comparative oncology research aimed at improving outcomes for patients with a rare and aggressive form of melanoma. Mucosal melanomas may arise from any mucosal surface in the body and comprise about 1% of human melanomas. Mucosal melanoma patient prognosis is poor due to its aggressive behavior and the fact its characteristics are initially asymptomatic occurring in relatively occult anatomic locations. Well-characterized molecular targets have not been defined conclusively. Although significant progress is being made in delineating underlying genetic alterations and developing small molecule inhibitors to block key signaling pathways, as well as in harnessing the immune system to kill melanoma cells, metastatic melanoma remains mostly an intractable disease. Since mucosal melanoma is rare, the small number of patients makes it difficult to accrue sufficient cohorts for clinical trials aimed at improving mucosal melanoma treatment effectiveness. Lack of well-characterized human mucosal melanoma cell lines and preclinical animal models further inhibits therapeutic optimization.

Animal models play a key role in evaluating therapeutic strategies to treat or prevent cancer. Most of the characterized models are valuable for investigating certain aspects of the disease; however, laboratory models typically lack the genetic complexity that accompanies naturally evolving cancers. In 2014 the MPU published an NCI Comparative Melanoma Tumor Board consensus study on the human relevance of mucosal melanoma in pet dogs with spontaneous naturally occurring malignancies [PMID: 24128326]. Melanocytic neoplasms occur spontaneously in many animals and are particularly frequent in certain breeds of horses, pigs, and dogs. The NCI Comparative Tumor Board, including 10 physicians and 10 veterinary pathologists, reviewed the natural biology of melanoma disease in dogs and human beings. The panel noted canine oral cavity melanomas mimic the clinical evolution and progression of the human disease originating from several mucosal sites, having similar propensity for invasion and dissemination. Additionally, like their human counterparts, canine melanomas are resistant to conventional chemotherapy and radiation therapy. Canine and human mucosal melanomas appear to harbor BRAF, NRAS and c-kit mutations uncommonly, compared to human cutaneous melanomas, although both species share AKT and MAPK signaling activation. The NCI Comparative Melanoma Tumor Board concluded that while much remains to be learned in both humans and dogs, there is significant overlap in the clinical and histopathological features of canine and human mucosal melanomas. The MPU is pursuing this opportunity to explore canine oral cavity melanoma as a pre-clinical model for human mucosal melanoma, and with anticipation that progress will improve understanding and patient care for affected dogs as well.

In addition, the Molecular Pathology Unit is engaged in cancer model credentialing, biomarker discovery and validation for diagnosis and monitoring of a variety of cancer types in collaboration with several CCR investigators.

Dr. Simpson is a doctor of veterinary medicine graduate of the University of Georgia, Athens. He completed postgraduate clinical training in veterinary pathology and research training leading to a Ph.D. in comparative biomedical science at the Louisiana State University, Baton Rouge. He is specialty board certified by The American College of Veterinary Pathologists. Dr. Simpson was a faculty member and hematopathologist/cytopathologist at the North Carolina State University Veterinary Medical Teaching Hospital in Raleigh. Subsequently he became a staff scientist with the National Institute of Allergy and Infectious Diseases intramural research program, Laboratory of Immunogenetics and established the Infectious Diseases Pathogenesis Branch as its original laboratory head. In May 2001, Dr. Simpson joined the NCI Center for Cancer Research to establish and head the Molecular Pathology Unit, Laboratory of Cancer Biology and Genetics. He is founding director of the NIH Comparative Biomedical Scientist Training Program, an initiative to provide interdisciplinary training for veterinarians, in both diagnostic pathology and human disease-oriented medical research, to increase the synergy for comparative biomedical research interactions. This NCI-administered component of the NIH Graduate Partnership Program launched in 2003 provides fellowship training leading to a Ph.D. and eligibility to certify as a veterinary pathologist. In 2021, this initiative was expanded to support training for a variety of clinical disciplines fusing clinician-scientist training in animal health and human disease research. The program is a collaboration among NCI, NIAID, NINDS, NHLBI and five colleges of veterinary medicine. Dr. Simpson is adjunct graduate professor or clinical professor at 4 colleges of veterinary medicine, and is a Past President of The American College of Veterinary Pathologists. For his contributions, he has been recognized with a Federal Technology Transfer Award, Merit Awards from both the NCI and NIH Directors, the NCI Leading Diversity Award, an NCI Director's Impact Award, and the NIH Ruth L. Kirschstein, MD Mentoring Award.