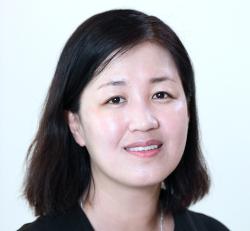 Proper functions of neuronal circuits rely on the fidelity of their assembly, while adaptive modifications are also essential. Our research objectives are to understand how experience and genetic programming interact to shape the structural and functional connectivity during brain development.

Dr. Yuan received her PhD training from University of Pennsylvania, where she studied the role of serotonergic regulation in circadian rhythms and sleep with Dr. Amita Sehgal. From 2006 to 2012, Dr. Yuan was trained as a postdoctoral fellow at University of California, San Francisco in Dr. Yuh-Nung Jan's laboratory, where she developed a system to study experience-dependent structural and functional plasticity in the Drosophila larval visual circuit. Dr. Yuan joined NINDS as an investigator in 2013. The primary research goal is to identify the cellular and molecular mechanisms underlying the homeostatic regulation of dendrite morphogenesis and structural plasticity, as well as the development and maturation of the central cholinergic synapse.

This page was last updated on September 3rd, 2020