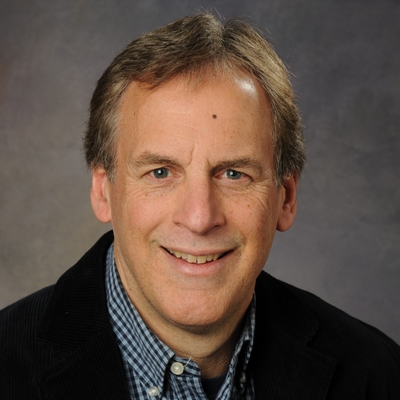 Role of C/EBP Transcription Factors in Cancer and Tumor Suppression

Oncogene-induced senescence (OIS) is an intrinsic tumor suppression program elicited by activated oncogenes such as Ras that provides an important barrier to cancer development and progression. Our laboratory is interested in understanding pathways that regulate senescence and elucidating how cancer cells bypass OIS. We are focusing on two C/EBP bZIP transcription factors, C/EBPβ and C/EBPγ, which have important roles in cell proliferation, senescence, and cancer.

C/EBPβ is a downstream target of oncogenic Ras and BRAF and becomes post-translationally activated via the RAF-MEK-ERK signaling cascade. Tumor studies using Cebpb null mice and analysis of human cancer cell lines have shown that C/EBPβ has pro-oncogenic functions. However, C/EBPβ is also required for OIS in primary cells such as MEFs. Thus, C/EBPβ displays both pro- and anti-oncogenic activities. In cells undergoing OIS, activated C/EBPβ contributes to cell cycle arrest and is also essential for the induction of a set of inflammatory mediators known as the senescence-associated secretory phenotype or SASP.

Because C/EBPβ plays an important role in mediating cellular responses to Ras, we wish to understand the mechanisms by which Ras signaling controls C/EBPβ activity and the basis for its opposing roles in cancer and OIS. An important advance in these studies came from our recent discovery that 3'UTR sequences in the Cebpb mRNA inhibit Ras-induced post-translational activation of C/EBPβ in tumor cells but not in normal cells undergoing OIS. This mechanism thus suppresses the pro-senescence functions of C/EBPβ in cancer cells. Much of our current research is aimed at establishing the molecular mechanisms underlying this novel 3'UTR function and determining how 3'UTR inhibition is implemented specifically in immortalized/transformed cells.

Mechanisms of C/EBPβ de-repression by Ras signaling. C/EBPβ is an auto-inhibited protein that can be activated by oncogenic Ras or growth factor signals. We have shown that sustained activation of C/EBPβ by RasV12, which involves increased DNA binding and homodimerization, can lead to growth arrest and senescence. In the absence of activating signals the DNA-binding and transactivation functions of C/EBPβ are repressed by three regions in the N-terminal half of the protein which, together with sequences at the C terminus, form a hydrophobic core that sequesters the basic region and transactivation domain. Ras signaling induces several activating post-translation modifications (PTMs) in various regions of the protein. These include a RSK kinase site in the leucine zipper that regulates DNA binding and homo-dimerization, two phosphorylation sites (Tyr109 and Ser111) and a methylated arginine (Arg114) located in one of the C-terminal auto-inhibitory domains, and a CK2 site near the C/EBPβ basic region. Each of these PTMs contributes to the functional activation of the protein. We are developing modification-specific antibodies recognizing several of these PTMs that will be used to monitor their induction in response to oncogenic stress and to identify the relevant modifying enzymes.

Ongoing studies are aimed at identifying the signaling pathways downstream of Ras that control these modifications and understanding their roles in regulating the oncogenic and pro-senescence functions of C/EBPβ. Interestingly, LIP, an N-terminally truncated translational isoform of C/EBPβ that lacks the transactivation domain, is resistant to activation by Ras and responds differently from the full length protein (LAP) to oncogenic and cellular stress signals. Current work focuses on the molecular basis for selective activation of the LAP and LIP isoforms and the functional consequences of their differential responsiveness to cellular cues.

A novel function for 3'UTRs in suppressing C/EBPβ activation by Ras signaling in tumor cells. We have discovered a new function for 3'UTRs, termed 3'UTR regulation of protein activity (UPA). We found that the 3'UTR suppresses Ras-induced post-translational activation of C/EBPβ in immortalized and transformed cells, thus inhibiting its cytostatic and pro-senescence activity. Notably, UPA is not observed in primary cells such as MEFs that undergo OIS. We believe that UPA acts to block senescence in transformed cells and thus promotes unrestrained proliferation and tumorigenesis. UPA requires an AU-rich element (ARE) in the 3'UTR as well as its cognate RNA-binding protein, HuR. Importantly, these components localize Cebpb transcripts to a peripheral region of the cytoplasm, sequestering newly-synthesized C/EBPβ away from a perinuclear compartment that contains the C/EBPβ-activating kinases p-ERK1/2 and CK2.

Since HuR probably serves as a scaffold to recruit other UPA factors to the 3'UTR, we wish to identify additional components/pathways that are required for Cebpb mRNA localization and UPA. We are developing a reporter assay to perform a high throughput siRNA screen to search for genes whose depletion disrupts UPA and thus activates C/EBPβ. These putative UPA effectors may represent novel cancer biomarkers or promising targets for anti-cancer drug development, as their inhibition is expected to suppress tumor growth. In addition, we are investigating the role of energy stress and AMPK signaling in suppressing UPA, since AMPK activation can induce senescence and decreases the cytoplasmic levels of HuR. We are also examining the in vivo relevance of C/EBPβ UPA by generating a Cebpb allele containing LoxP sites flanking the ARE. This conditional mutant will be used to address whether loss of UPA limits Ras-driven tumorigenesis due to inappropriate activation of C/EBPβ and sustained OIS.

Mechanisms regulating perinuclear localization of the C/EBPβ-activating kinases, p-ERK1/2 and CK2, in cells expressing oncogenic Ras. The C/EBPβ kinases p-ERK1/2 and CK2 are localized to a perinuclear region in cells expressing oncogenic RasV12. This subcellular compartmentalization is a critical feature of the UPA inhibitory mechanism, since it spatially separates the kinases from the site of C/EBPβ translation in tumor cells. We have found that the MAPK signaling scaffold, KSR-1, which binds to p-ERK1/2 and CK2, is required for perinuclear targeting of these kinases. Consistent with this observation, cells lacking KSR-1 are defective for C/EBPβ activation by oncogenic Ras and show impaired expression of SASP genes. In contrast to the case of oncogenic Ras signaling, growth factors only transiently activate C/EBPβ with delayed kinetics, and this response correlates with transitory perinuclear localization of the effector kinases. Thus, in addition to revealing a novel function for KSR-1, our observations 1) establish a new framework for spatial compartmentalization of RasV12 signaling, 2) identify a novel late phase of growth factor signaling, and 3) explain how 3'UTR sequences can control post-translational activation of a nuclear transcription factor.

C/EBPγ suppresses senescence and regulates oxidative homeostasis in normal and neoplastic cells. C/EBPγ is a ubiquitously-expressed protein that forms heterodimers with C/EBPβ in most cells. However, the biological functions of C/EBPγ are not well understood. We found that Cebpg-/- MEFs have severe proliferative defects and display increased senescence and apoptosis, along with elevated expression of SASP genes. These phenotypes are at least partly the result of increased levels of C/EBPβ homodimers. Cebpg-/- cells also exhibit enhanced oxidative stress, possibly because of defective synthesis of the cellular anti-oxidant, glutathione. Interestingly, high CEBPG mRNA levels correlate with increased malignancy in several human cancers, and depletion of C/EBPγ caused increased senescence and apoptosis in human tumor cell lines. Thus, C/EBPγ may play a critical role in neoplastic transformation and tumor cell growth and metastasis. We are currently addressing the role of specific C/EBPγ heterodimeric species in suppressing senescence and maintaining oxidative homeostasis in normal and transformed cells.

Dr. Peter Johnson received his Ph.D. from the Department of Biology, University of California-San Diego, in 1983 and was a postdoctoral fellow at the Fred Hutchinson Cancer Research Center and the Carnegie Institution from 1984 to 1988 with Dr. Steven McKnight. Dr. Johnson was corecipient of the 1988/1989 AAAS Newcomb-Cleveland Prize for a paper describing the leucine zipper motif in bZIP DNA-binding proteins. In 1989, he joined the ABL-Basic Research Program as leader of the Eukaryotic Transcriptional Regulation Group and was appointed section head in 1998. In 1999, Dr. Johnson joined the Center for Cancer Research, NCI. He became a member of the Mouse Cancer Genetics Program in October, 2013.