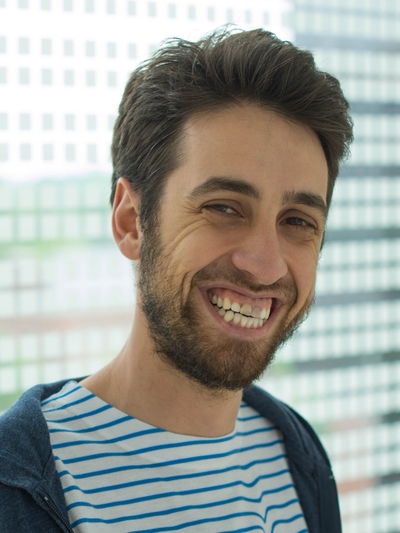 Unit on Genome Structure and Regulation

Eukaryotic cells need to deal with the biophysical constrains of packaging 2 meters of DNA inside a tiny nucleus (2 -10 microns) and retain the ability to access both its coding and non-coding elements to precisely orchestrate gene expression programs. Research over the past decade has started to elucidate the mechanisms through which DNA condensation and organization in the nucleus are achieved. These suggest that these processes are tightly controlled and are themselves critical components of gene regulation. Our long-term goal is understand how these processes occur in vivo and how their regulation dictates cell identity and cell fate decisions in mammals. To do so, our research program combines the robustness of mouse genome editing and genetics with cutting-edge sequencing-based genomic techniques such as ATAC-seq, ChIP-seq and Hi-C, as well as live imaging approaches. We believe the early mouse embryo is an ideal model system to ask how nuclear architecture is regulated in the context of an organism and how it impacts cell behavior and identity:

First, fertilization is the ultimate reprograming experiment where two highly differentiated cells (oocyte and sperm) fuse to form a zygote with totipotent potential. This involves a massive rearrangement of epigenetic modifications both at the level of the DNA and of the histones, and the activity of several transcriptional regulators. Our studies aim to understand how 3D chromatin structures are established during this period, and how this impacts future developmental decisions. Second, following fertilization and within a few cell divisions, the first cell-lineages are established and different gene-expression programs put in action. In mammals this results in the formation of the blastocyst, a structure that contains three different cell types, each with a defined differentiation potential. The trophectoderm will be responsible for forming the placenta, the primitive endoderm will lead to the yolk sac and the epiblast will give rise to all remaining embryonic tissues. We will build on decades of lineage-fate experiments and precisely characterized signaling pathways known to regulate early mouse development to understand the contribution of nuclear organization to gene regulation during these early cell fate decisions.

Finally, we are interested in understanding not only how DNA organization impacts cell behavior, and ultimately animal development and health but also the mechanisms through which DNA folding itself is established and regulated, and which proteins are involved in these processes. To broadly ask these questions, we will employ a number of high-throughput technologies we have established in the lab in combination with genome-wide CRISPR screens. Ultimately, candidates identified this way will be fully characterized in vivo to stringently determine their impact in gene regulation during mammalian development.

My graduate studies at the Max-Planck Institute for Molecular Genetics focused on gene regulation and the role of transcriptional co-regulators during mouse development . I devoted my postdoctoral training at NYU to explore the multiple ways in which nuclear organization and chromosomal interactions are important for regulation of cellular processes in development and disease. In the Skok lab I studied the process of Class Switch Recombination in B cells and showed that DNA interactions are important to orchestrate this recombinatorial event and avoid translocations that can lead to lymphomas. I also developed techniques that were lacking in the field such as a CRISPR/dCas9-based system for live visualization of multiple loci in different colors and contributed to the development of computational pipelines for analyses of DNA interactions. Now at the NIH, our lab is interested in understanding cell lineage differentiation, gene regulation and  how non-coding DNA elements and the 3D architecture of chromosomes contribute to these processes during development and disease. We are also fascinated with early-mammalian development as a system to decipher how cells make lineage decisions and how gene regulatory networks are established.

This page was last updated on February 1st, 2022