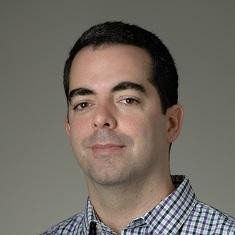 Regulation of gene expression is the cardinal control mechanism that ensures organismal development. Once thought to be a passive player in the flow of genetic information, RNA has emerged as an essential core component in numerous gene regulatory pathways. We want to understand the mechanisms by which the RNA epigenome modulates gene expression during development and in disease. Major interests of the lab include:

Determine the effect of RNA modifications on RNA biogenesis and function. More than 100 RNA modifications have been described so far (Li and Mason, 2014). While many of them have been linked to human disease, the underlying mechanisms regulating why RNA molecules are modified, or how these modifications affect RNA maturation and function remain largely unknown. We want to understand how RNAs are targeted for modification and how modified RNA transcripts are ‘identified’ by the cellular machinery.

Delineate m6A-dependent cellular pathways that control cell fate decisions. The RNA modification m6A is required for differentiation of embryonic stem cells into distinct cell fates. We want to understand, at the molecular level, how loss of m6A disrupts gene regulatory networks and abrogates the cells’ capacity to differentiate.

Dr. Batista did his Ph.D. thesis research in the laboratory of Professor Craig C. Mello at the University of Massachusetts Medical School. His thesis focused on the regulatory functions of endogenous RNA interference pathways in C. elegans. He was a recipient of the Harold M. Weintraub Award for outstanding graduate studies. For his postdoctoral studies, Dr. Batista joined the group of Dr. Howard Chang at Stanford University where his research focused on the role of the RNA post-transcriptional modification m6A in stem cell differentiation and was in part supported by a fellowship from the Damon Runyon Cancer Research Foundation. Dr. Batista joined the Laboratory of Cell Biology at the Center for Cancer Research as a Stadtman Tenure Track Investigator in November 2016.

This page was last updated on Wednesday, November 9, 2022