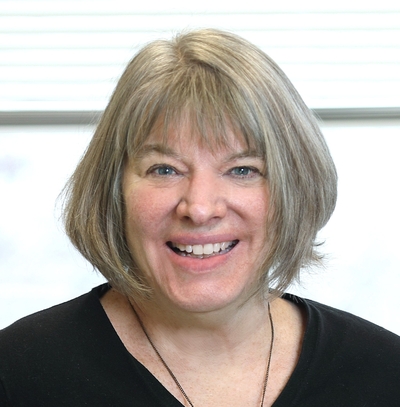 The Steeg lab mechanistically investigates breast cancer metastasis to identify and preclinically credential new preventives and therapies. Tumor metastasis is a major contributor to patient morbidity and mortality, through direct organ compromise, paraneoplastic syndromes or the consequences of treatment. While clinical trials are regularly conducted in the metastatic setting, few drugs have been approved that target mechanisms of metastasis. My laboratory studies mechanistic and translational aspects of general and site-specific metastasis of breast cancer. We hypothesize that, underneath the aneuploidy, heterogeneity and instability of metastatic cancer, fundamental causative events in either the tumor cells or their microenvironments can be identified and targeted for prevention and therapy.

Project 1. Brain Metastasis of Breast Cancer. Brain metastases develop primarily in metastatic patients with HER2+ tumors, often in the setting of responding or stable systemic disease, and in triple-negative (estrogen and progesterone receptors negative, HER2 normal, TN) tumors in the setting of uncontrolled systemic disease. Brain metastases are thought to be increasing in incidence as systemic therapy improves, more imaging is performed, and drugs continue to be excluded from the brain.

1b. Characterization of the Blood-tumor barrier (BTB). The blood-brain barrier (BBB) is an intricate cellular/matrix encasement of brain capillaries, designed to regulate substance entry. When a metastasis forms, the BBB is termed a BTB, but its architecture and functionality are poorly understood. We collaborated with CNS pharmacologists to show in multiple preclinical mouse models that the permeability of the BTB to drugs or markers is heterogeneous, and that only a small fraction of metastases had sufficient permeability to permit a cytotoxic response to chemotherapy. A presurgical study of neurosurgical patients provided confirmation of heterogeneous drug uptake. I hypothesized that: the BTB is not a chaotic breakdown of the BBB, but a series of consistent alterations; that the transition from a low- to a higher permeability BTB in brain metastases also occurs by consistent alterations; that these same alterations are found in human brain metastases and; that one or more alterations functionally modulates permeability of the BTB. Major efforts on this project include: (a) Comparison of the BBB vs. BTB and low- vs. high permeability BTBs for conventional CNS proteins in three model systems. Multiple, consistent alterations were found when a BBB became a BTB. With altered permeability of the BTB, fewer consistent changes were found, notably a correlation of higher permeability and a subpopulation of desmin+ pericytes. (b) An agnostic gene expression analysis was performed on low- and higher permeability brain metastases from the same mouse brain, identifying new molecular correlates of permeability. Expression of the sphingosine-1 phosphate receptor 3 (S1P3) was higher in neuroinflammatory astrocytes in higher permeability metastases in four model systems. Antagonists to S1P3 tightened the BTB in vivo. Using a “Trojan horse” approach, tumor cells expressing S1P3 trafficked this signaling behind the BTB and increased lesion permeability in vivo.

Project 2. Metastasis Suppression. I discovered the first metastasis suppressor gene, nm23 (nme). Over- or re-expression of metastasis suppressor genes into metastatic tumor cells significantly reduced metastasis with no effect on primary tumor size. The field now includes >30 genes that shed light on metastatic pathways distinct from primary tumor growth. I investigated mechanisms of action and sought means to bring metastasis suppression to patients. Two projects are under investigation: (a) An inverse, functional correlation of Nm23 expression with that of the lysophosphatidic acid receptor (LPA1) in breast cancer cells led to the hypothesis that LPA1 antagonists will prevent metastasis. While Debio 0719, a LPAR1 antagonist delivered intraperitoneally (ip) significantly reduced metastasis in adjuvant setting preclinical experiments9, two orally available compounds were without sufficient activity. (b) Nm23 function in suppression of breast cancer motility in vitro was dependent on the tumor cell endocytic process, and uncovered a Nm23-Dynamin2 (DNM2) interaction leading to DNM2 oligomerization and activation.

Dr. Patricia S. Steeg received her Ph.D. from the University of Maryland in 1982 and was a Jane Coffin Child Memorial Fund for Medical Research Fellow in the Laboratory of Developmental Biology and Anomalies, National Institute of Dental Research, and the Laboratory of Pathology, NCI, where she was tenured in 1992. She became the Deputy Chief of the Women's Malignancies Branch, CCR, NCI in 2014. Dr. Steeg is also the Co-Director of the Office of Translational Resources, CCR, NCI.