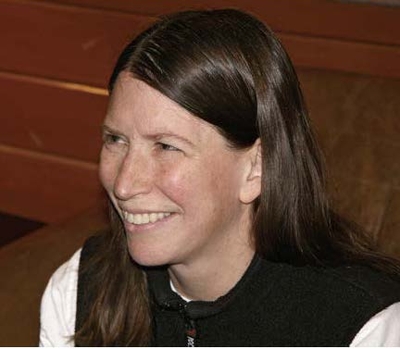 Work in the Cell Signaling and Immunity Section focuses on signaling pathways in T lymphocytes, with an emphasis on understanding molecules that are affected by primary immunodeficiencies and how they regulate normal immune cell development and function. The Schwartzberg lab takes a multidisciplinary approach, using mouse genetics, cell biology, biochemistry, and genomics coupled with studies of infectious disease and immunization to examine the functions of signaling pathways in T lymphocytes, white blood cells that are important components of the immune system. We complement this work with studies of T cells from patients with genetic primary immunodeficiencies, focusing on understanding the mechanisms leading to cellular dysfunction in these diseases. The overall goals are both to understand the pathophysiology of these diseases and to provide insight into the normal regulation of the immune system and how T lymphocytes help orchestrate responses to infection, immunization and cancer.

Most recently, our studies of mouse models of X-linked lymphoproliferation and the role of the adaptor SAP and SLAM family receptors in the regulation of T: B cell interactions have led us to study pathways required for follicular T helper (Tfh) cell differentiation and germinal center formation. These studies of the pathways and molecules regulating Tfh cells in vivo, including the transcription factor TCF1, have led us to the surprising finding that a similar transcriptional circuitry regulates a stem-like CD8 cell population that is critical for maintaining CD8-cell responses in the face of T-cell exhaustion. In parallel, we have studied PI3 kinase and its roles in the generation of Tfh cells and CD8-cell memory and how these processes are subverted in patients expressing activating mutants of PI3 kinase delta. Finally, to further our understanding of T lymphocyte function, we use CRISPR-Cas9 genetic screens in primary mouse T cells to dissect T lymphocyte signaling pathways and their impact on T cell responses to immunization, infection and cancer.

Pamela L. Schwartzberg received her B.A. from Princeton University and her M.D. and Ph.D. from the Columbia College of Physicians and Surgeons, Columbia University. During her Ph.D., she worked with Stephen Goff, Ph.D., on studies of retroviral replication and early work using homologous recombination to introduce mutations into the germline of mice – these studies helped open a new era in mouse genetics. After an internship at Boston Children's Hospital, Dr. Schwartzberg did a fellowship with Harold Varmus, M.D., at the National Cancer Institute, studying tyrosine-kinase signaling pathways as a special fellow of the Leukemia and Lymphoma Society (in collaboration with Michael Lenardo, M.D., National Institute of Allergy and Infectious Diseases).

Dr. Schwartzberg started her own laboratory at the National Human Genome Research Institute at the end of 1997, was promoted to senior investigator with tenure in 2003 and recruited to the National Institute of Allergy and Infectious Diseases in 2018. Her laboratory's work has centered on the use of genetic, biochemical, cellular, and genomic studies to understand T-cell signaling, with a focus on pathways affected by primary immunodeficiencies. Dr. Schwartzberg is an adjunct faculty member at the University of Pennsylvania and has received several NIH awards for mentoring. She has served on numerous mentoring, reviewing, and editorial boards; is the recipient of a Searle Scholar's Award and the American Association of Immunologists BD-Pharmingen Biosciences Award for Early Career Scientists; and has been elected to the American Society for Clinical Investigation (ASCI), the Henry Kunkel Society, and the Association of American Physicians (AAP).

This page was last updated on Wednesday, August 3, 2022