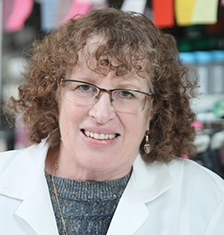 Goal:  Our broad goal is to understand the cellular networks that signal to and from chromatin to modulate chromosome duplication. Since many regulatory feedback pathways are deregulated in cancer cells, the results of these studies will help our understanding of cancer biology and elucidate how both normal and cancer cells control their growth.

The challenge of understanding DNA replication:  Loss of genetic control of DNA replication is a hallmark of cancer cells. Hence, pathways that modulate replication can provide good targets for synthetic lethality approaches that specifically target cancer cells. On the other hand, DNA replication problems that go undetected and are not repaired can affect genomic integrity and trigger genomic instability, eventually resulting in cancer drug resistance. Hence, many anti-cancer drugs target various aspects of DNA replication and the effectiveness of such drugs critically depends on the nature of the genomic lesions affected in particular cancers.

To gain a better understanding of cell growth regulation, we identify signaling pathways that determine if and when replication would start at particular genomic locations and study how replication patterns respond to alterations in gene expression, chromatin modifications and drugs that perturb replication. As a part of the Developmental Therapeutics Branch, we are also involved in collaborative studies aimed at developing better ways to describe regulatory feedback networks that modulate cell cycle progression and the response of cancer cells to anti-tumor therapy.

Research strategy:  Eukaryotic cells initiate DNA synthesis at multiple sites on each chromosome, termed replication origins. Replication initiation events in mitotic cells proceed in a precise order and are strictly controlled by a series of cell cycle checkpoint signaling pathways (Aladjem and Redon, Nature Reviews Genetics 2017). These regulatory constraints, however, are often relaxed in cancer. Understanding the molecular events that precede DNA replication at the chromatin level is crucial if we are to fully understand cell growth. Critical information about this process is missing because the protein complexes that initiate chromosomal replication seem to bind to DNA indiscriminately. To gain a complete understanding of the DNA replication process we must resolve how these apparently non-specific DNA binding interactions between replication proteins and chromatin translate into highly coordinated replication.

Because the enzymatic complexes that drive DNA replication do not interact with specific DNA sequences, we are looking for other, sequence-specific protein-DNA interactions at subgroups of replication origins. For example, replication origins that are active in distinct cells, or start replication at a particular time point within the cell cycle. Then, we ask if those proteins modulate the local activity of the replication machinery. We also use whole-genome sequencing methods combined with imaging-based single-fiber analyses to characterize the effects of specific proteins on genome duplication patterns.

One of the complexes we have identified includes RepID, a protein that binds to a group of replication origins and is required for replication at those origins (Zhang, Nat Commun. 2016). We found that RepID exerts its effects on replication by recruiting a ubiquitin ligase complex, CRL4, to chromatin, suggesting that ubiquitin ligase complexes play a role in regulating DNA replication (Jang, Nat Commun. 2018). These studies provide the first example of a DNA sequence-specific interaction that modulates the initiation of DNA replication. Current studies characterize the interactions of RepID with the replication machinery during normal and disrupted growth, and another role of RepID and CRL4 in ensuring proper progression during mitosis.

Whole-genome chromatin patterns at replication origins:  To facilitate our studies, we have developed tools to map replication initiation sites throughout the genome and to analyze DNA replication in the context of chromatin modifications and transcriptional activity. Using a combination of DNA sequencing and single fiber analyses, we have generated a comprehensive dataset of replication initiation sites for several human cancer cell lines (Martin, Genome Res. 2010). We have demonstrated that replication origin usage is modulated by specific histone modifications (Fu, PLoS Genet 2013) and varies with tissue type, with distinct modifications associated with cell-type specific replication origins (Smith, Epigenetics and Chromatin 2016). To facilitate these studies, we are continuously developing bioinformatics tools to help decipher the relationships among RepID binding sites and epigenetic features (for example, Coloweb; Kim, BMC Genomics 2015). We are making these tools available to the community to support bioinformatics characterization of DNA-protein interaction loci.

Modulation of DNA replication: An important aspect of our work pertinent to human health is the response of the replication machinery to perturbations. Understanding specific cell cycle defects in different cancers is likely to provide clues regarding their sensitivity to anti-cancer therapies.

Because an increasing number of anti-cancer drugs target DNA replication or interfere with cell cycle signaling, we asked how particular replication and repair pathways affect the pace and frequency of DNA replication by combining nascent strand abundance sequencing and single fiber analyses. We observed that a DNA repair endonuclease, Mus81, modulates the pace of DNA replication in the absence of exogenous stress and that its presence is essential to help cells restore DNA synthesis in the presence of drugs that slow replication (Fu, Nat Commun. 2015). We are currently studying how replication origin binding proteins (e.g., SIRT1) affect the cellular response to perturbation of cell cycle progression.

Dr. Aladjem received her Ph.D. from Tel Aviv University. She was a research associate at the Weizmann Institute of Science and then a postdoctoral fellow and a Leukemia Society Special Fellow at the Salk Institute in La Jolla, California. Dr. Aladjem joined the Laboratory of Molecular Pharmacology/Developmental Therapeutics Branch in October 1999 and was appointed a Senior Investigator in 2007. Dr. Aladjem's studies focus on cellular signaling pathways that modulate chromatin to regulate chromosome duplication and cell cycle progression.

This page was last updated on December 5th, 2019