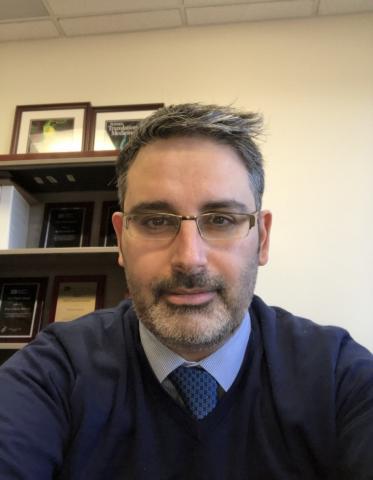 Since the 1990s, fungal infections have emerged as a major cause of morbidity and mortality in immunosuppressed and critically ill patients. The yeast Candida is the most common human fungal pathogen and is responsible for both invasive and mucosal infections. Neutrophils and monocytes/macrophages are critical for host defense against invasive candidiasis, the most common deep-seated human mycosis and the fourth-leading cause of nosocomial bloodstream infection in the United States. Despite administration of antifungal therapy, mortality of patients who develop invasive Candida infection exceeds 40 percent. In stark contrast to the requirement of phagocytes for defense against invasive infection, mucosal candidiasis develops 1) in patients with impAired cellular immunity such as those with AIDS (more than 90 percent of whom develop oral thrush) or inborn errors of immunity leading to chronic mucocutaneous candidiasis (CMC) and 2) in the majority of healthy women, often associated with antibiotic use (vaginal candidiasis). In all of these conditions, detailed knowledge of immunopathogenesis at the molecular and cellular levels is lacking.

Our laboratory research focuses on 1) cellular and molecular factors that regulate the immune response against mucosal and invasive candidiasis in clinically relevant animal models and on 2) better understanding the genetic and immune defects that underlie enhanced susceptibility to mucocutaneous and invasive fungal infections in humans. Our goal is to develop a detailed mechanistic understanding of the molecular and cellular basis of innate and adaptive immune responses against Candida with an aim to devise novel strategies to improve the diagnosis and augment or supplement the current antifungal drug treatment against candidiasis. To this end, we utilize in vitro cell culture systems and clinically relevant mouse models of mucosal and systemic Candida infections to study host-fungal interactions by using a variety of immunological, biological, and imaging approaches.

The first step in mounting any immune response is the effective recruitment and activation of immune cells at the site of infection. Yet, the molecular factors that mediate these processes in the setting of candidiasis are poorly defined. Hence, a major focus of the laboratory is to investigate the role of specific members of the chemoattractant system in mediating trafficking and effector function of specific resident and recruited immune cells in anti-Candida host defense in vivo. Characterization of the role of candidate chemotactic factors in antifungal host defense in mice is then followed by human immunogenomics studies, in which genetic polymorphisms in the identified chemotactic factor genes are tested for correlating effects on biological function and for associations with candidiasis in patients.

Further, an important event that determines the outcome of candidiasis is germination of Candida yeast into hyphae. Hence, Candida mutant strains that are unable to germinate are avirulent in vivo. We have previously demonstrated that in disseminated candidiasis, the innate antifungal immune response is highly idiosyncratic for each infected organ, associated with organ-specific differential ability of Candida to filament in these tissues. Thus, our laboratory is interested in delineating the host factors that govern antifungal resistance versus susceptibility at different anatomical sites.

With regard to clinical research, the laboratory focuses on defining the immunological mechanisms that account for universal susceptibility to CMC in patients with the autosomal-recessive autoimmune polyendocrinopathy-candidiasis-ectodermal dystrophy (APECED) syndrome. APECED, caused by mutations in autoimmune regulator (Aire), is the only primary immunodeficiency in which CMC develops in 100 percent of patients and is the only infectious disease phenotype. Hence, our laboratory, via an investigational review board (IRB)-approved clinical protocol, is recruiting APECED patients to NIH to study them immunologically. In parallel, the cellular and molecular basis of enhanced susceptibility to mucosal candidiasis in APECED is investigated in Aire-/- mice.

Dr. Lionakis obtained his M.D. and Sc.D. from the University of Crete in Greece. In 2002, he came to the United States and worked as a research fellow at the University of Texas MD Anderson Cancer Center (MDACC) under the mentorship of Dimitrios Kontoyiannis. At MDACC, Dr. Lionakis did clinical research on risk factors, diagnosis, and management of opportunistic fungal infections in cancer patients and bench research focusing on pharmacology and microbial factors in mouse and Drosophila models of invasive aspergillosis, fusariosis, and candidiasis.

After completing his clinical training in Internal Medicine at Baylor College of Medicine and Infectious Diseases at NIAID, Dr. Lionakis joined the Laboratory of Molecular Immunology (LMI) in 2008 and began to work on fungal immunology under the mentorship of Philip Murphy. At LMI, Dr. Lionakis did bench research on how chemotactic factors regulate the innate immune response in invasive candidiasis. In 2010, he was recruited as an Assistant Clinical Investigator in the NIAID Transition Program in Clinical Research (TPCR) and established the Clinical Mycology Unit (CMU) within LMI. In 2012, Dr. Lionakis was recruited as a tenure-track investigator in the NIAID intramural research program and established the Fungal Pathogenesis Unit (FPU) within the Laboratory of Clinical Infectious Diseases (LCID).