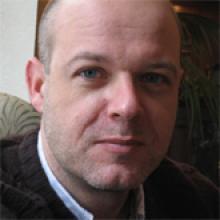 S. aureus may cause a multitude of serious and acute infections, while infections with S. epidermidis are usually chronic and often involve the colonization and infection of indwelling medical devices (see review article Otto M. Nat Rev Microbiol 7:555-62, 2009).

The outcome of infections with S. epidermidis and S. aureus is closely linked to their interaction with human host defenses. Thus, mechanisms of immune evasion such as the formation of biofilms represent significant virulence determinants in staphylococcal infections. The long-term objective of our research is to provide the scientific basis for the development of drugs interfering with these mechanisms. To that end, we are investigating the molecular biology, biochemistry, and epidemiology of the interaction of staphylococci with host defenses.

Phenol-soluble modulins (PSM): a novel class of staphylococcal virulence determinants
PSMs are a family of alpha-helical, amphipathic peptides that are secreted by many staphylococcal species. We discovered that S. aureus and particularly CA-MRSA produce strongly cytolytic PSMs that lyse human neutrophils and have a key role in virulence. Moreover, PSMs function to structure staphylococcal biofilms and facilitate dissemination of biofilm-associated infection. PSMs and the dedicated PSM secretion mechanism that we recently discovered may represent promising targets for anti-staphylococcal drug and vaccine development.

Evolution of virulence in hospital- and community-associated MRSA
We are investigating the molecular determinants responsible for the exceptional success of MRSA in causing severe disease and spreading sustainably in the human population and in hospitals. In particular, our laboratory explores differential expression of core genome-encoded virulence determinants as a basis for CA-MRSA virulence. Furthermore, in collaboration with researchers from Shanghai, we determined that a prophage-encoded surface protein termed SasX contributes to the MRSA epidemic seen in Asian hospitals.

Gene regulatory processes during pathogen-host interaction
Our work has provided important insight into the role of the agr and luxS quorum-sensing systems during biofilm formation and inflammation. Furthermore, our findings on agr control of psm genes have allowed a glimpse on how quorum-sensing dependent regulation of virulence in S. aureus has evolved.

Role of staphylococcal exopolymers in immune evasion
Polysaccharide intercellular adhesin (PIA). We have shown that the exopolysaccharide PIA contributes to S. epidermidisresistance to innate host defense. Furthermore, we identified enzymatic modification of PIA by the IcaB enzyme as a crucial factor determining the biological function of PIA in biofilm formation, colonization, and immune evasion.

Poly-gamma-glutamic acid (PGA). Our research has shown that S. epidermidis PGA is crucial for survival in the human host during commensal life on the skin and infection. PGA might be a promising antigen for vaccine development against S. epidermidis infection.

Dr. Otto received his M.S. in biochemistry in 1993 from the University of Tuebingen, Germany. In 1998, he earned his Ph.D. in microbiology from the same institution. Dr. Otto joined the Laboratory of Human Bacterial Pathogenesis in July 2001 as a principal investigator. In 2008, he became a tenured senior investigator and moved his laboratory to the NIH Bethesda main campus (Building 33).